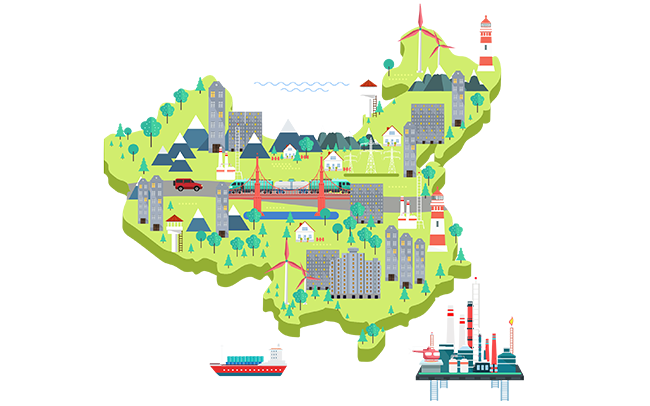 China has recently completed both the world's most extensive system of expressways and the planet's longest high-speed rail network. But with its gross domestic product (GDP) growth slowing down, China must find new buyers for all the steel, cement and construction machinery its economy products. Beijing is therefore looking beyond its borders for opportunities to keep building and exporting. With infrastructure and energy projects earmarked at a cost of $1.3trn, the One Belt, One Road (OBOR) or Belt and Road initiative as it is now known, is unprecedented in size and scope.

China is hard-selling the plan as a way to boost its westward connections. Funded by its state-run banks, the initiative is covering 65 countries across Asia, Africa and Europe. It has the potential to massively overshadow the US's post-war Marshall reconstruction plan, involving about 70% of the world's population, 30% of its GDP and 75% of the global energy resources.

Yet in practice, the concept of 'going out' is still very new for a lot of Chinese firms, even for large state-owned enterprises, with strong government backing. They are exposed along the route to a large array of cultures, political and regulatory systems. Some of the participating countries lack financial strength and political stability.

Infrastructure projects can potentially face a vast spectrum of risks during their operative time -- including political violence, monetary restrictions, expropriation and operational risks. Non-payment risk is also significant, since some countries identified as potential borrowers already have elevated debt levels.

Insurance premium potential from the construction projects already announced could reach $7bn. And Swiss Re analysis has quoted that up to $5.5bn of those could go to Chinese insurers. Commercial and political risks are covered by SINOSURE (the Chinese state-owned export credit insurance provider). On the construction and operation side, there are requirements to engage with local insurance market in the host country. But through reinsurance mechanisms, the majority of insurance premiums go back to China.

The belt and road is not going to solve the huge shortfall of infrastructure connectivity around the world. But neither is it a risk pipedream. It is a learning journey that many Chinese companies are going to benefit from. The assistance of multinational insurers with solid experience in mega-infrastructure projects will certainly play a key role in bridging China with the developing countries.