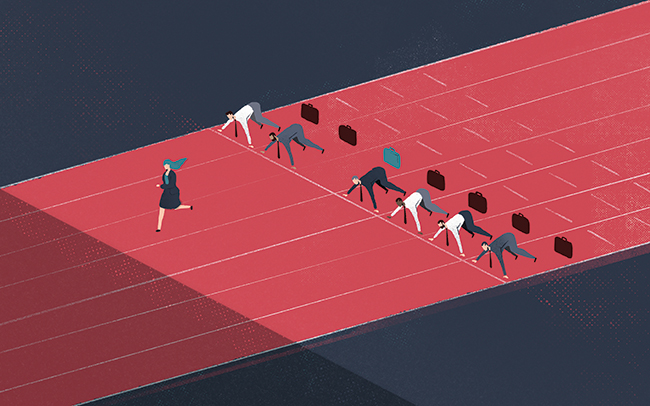 A super-complaint from Citizens Advice on the so-called loyalty penalty has not only sparked a fierce debate on the best way forward, but launched major investigations from government and regulators alike

Insurers have been under some pressure in recent months to step up and ensure customers are treated fairly, particularly in light of the so-called loyalty penalty.

However, the industry is fighting back and would argue that it has been trying hard to make its systems fairer. For example, the Association of British Insurers (ABI) said it talked to the regulator last year and, as a result, all insurers now display the previous year's premium price alongside the charges on renewal, giving consumers the opportunity to see how the premium has moved -- up or down.

Last year also saw a super-complaint to the Competition and Markets Authority (CMA) from Citizens Advice, alleging that consumers who routinely renew their contracts for a range of services, including insurance, are often losing out. It claimed there is an average 7% 'loyalty penalty' for those customers, who could be paying as much as £1,000 a year more than necessary.

Since then there has been a raft of consultations and, in some sectors such as telecoms, changes to market practice.

An ABI spokesman said the insurance industry is waiting on a report from the Financial Conduct Authority (FCA), due out at some point this summer, and that the industry will react once it sees those findings.

Dual pricing has been interpreted in two ways:

However, ahead of that report, UK business secretary Greg Clark has already announced that firms which overcharge or mislead their customers could be hit with direct fines, without the need to go through a court.

In June, the government confirmed it will consult on giving the CMA new powers to decide itself whether consumer law has been broken, without having to go through the courts as is currently the case.

New powers would enable the CMA to intervene earlier and more quickly to tackle these failings; and would include being able to directly impose fines on firms for poor business behaviour.

Alongside that, the Financial Services Consumer Panel (FSCP) has asked the FCA to consider introducing an automatic-upgrade rule to tackle dual pricing.

The organisation stated that the plan would either require a firm to automatically upgrade its customers onto its best available product or offer them a choice of better quality.

But the ABI has criticised the proposal, stating that it carries the risk that customers will be moved onto policies that are unsuitable.

"The proposal put forward by the FSCP to automatically move customers onto other products overlooks the practicalities of underwriting and product choice."

Price caps have been suggested by the CMA but this was met with criticism, with credit ratings agency Fitch Ratings warning that it could depress profits across the industry, while destabilising the market.

So what should insurers be considering ahead of firm conclusions from the regulators?

The CMA has set out a number of principles to stop unacceptable business practices relating to unfair renewals.

It explains: "We consider that the 'effective nudge' theories developed by Professor Richard Thaler, a renowned behavioural economist, provide a useful high-level frame of reference for assessing whether business practices are harmful."

However, the CMA warns: "Six months on from our report, the loyalty penalty continues to be an issue of great concern and we remain committed to working with regulators and government in tackling this exploitative problem."

The CMA believes: "Healthy competition is where firms are competing to provide the best service, at the lowest prices to consumers. But that assumes that people are informed in making their decisions, and are free to act on those decisions.

"With unhealthy competition, firms are effectively acting to disempower the consumer, reducing transparency (through hidden price rises) or making it harder for them to switch (lock-ins or keeping them waiting too long on the phone).

"While the loyalty penalty may be a profitable model for firms, it is clearly not in the consumer's best interest and more fundamentally, it reduces trust in businesses and markets as a whole."

The CMA has provided six key principles for the industry:

Meanwhile, the CMA has also been investigating clauses used by the comparison site ComparetheMarket in its contracts, which stop home insurers from quoting lower prices on rival sites and other channels.

After reviewing the evidence, the CMA has provisionally found that these so-called "most-favoured nation" clauses could be causing customers to miss out on better home insurance deals.

This is because the clauses prevent rival comparison sites and other channels from trying to win home insurance customers by offering cheaper prices than ComparetheMarket.

As a result, people buying home insurance could be missing out on cheaper premiums.

The CMA has issued ComparetheMarket with a "statement of objections", which sets out its provisional view that the contracts break competition law. The company will now have an opportunity to respond in detail.