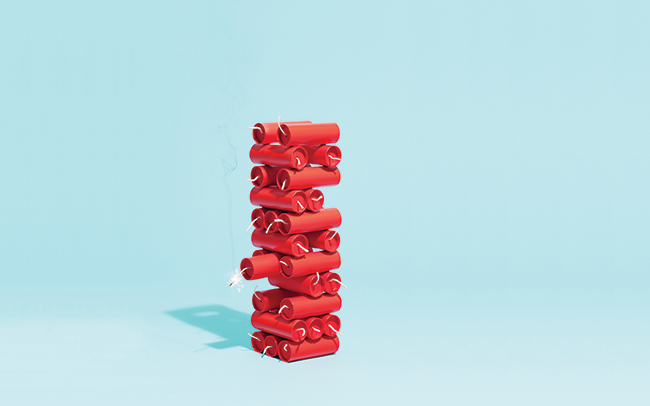 With the number of products failing safety tests on the rise, Tim Evershed examines the risk mitigation products on offer

The number of products failing safety testing across all sectors has been steadily increasing during the past decade, according to research from consumer champion Which?. Last year, more than 2,000 issues were flagged on dangerous non-food products, an increase of 34% on the 1,542 identified back in 2008.

Once identified, action taken to ensure that these products will not pose a risk to consumers can include recalls, warnings or stopping products from entering the country. However, the consumer group warns that the consumer enforcement system is ill equipped to handle such a volume of unsafe products.

Which? says the system needs a significant overhaul to ensure that people are effectively protected from harm. It is also concerned that the UK could lose access to the European Safety Gate, a rapid warning system through which 31 European countries warn each other of products with serious safety problems, following Brexit.

"With more products than ever before being declared unsafe, it is clear that an already failing consumer enforcement system needs a major shake-up to ensure that people aren't left at risk from dangerous products in their homes," said Caroline Normand, director of advocacy at Which?.

This year has seen recall notices on products including Honda airbags and Star Wars stormtrooper outfits for children. And it is toys and motor vehicles that were issued with the highest numbers of safety notices last year, with 655 and 419 respectively.

These rising numbers, as well as worries around the impact of reduced regulatory oversight, raise a number of issues that will concern product liability and product recall insurers.

"A number of factors are driving this increase, but a key concern is the lack of a robust, proactive enforcement regime to stop dangerous products reaching the market in the first place. Primary responsibility sits with the trading standards departments of local authorities, which are increasingly underfunded and overstretched," said Kate Wellington, professional standards committee director at the CII.

"Perhaps most concerning is the prevalence of dangerous products that are used by children, particularly toys and even car seats. Consumers can let us know about products they have found to be unsafe by using the reporting tool on our website," she added.

In total, 176 products in the electrical appliances category were flagged as unsafe last year, while more than 200 items in the clothing, textiles and fashion sector failed to past testing. According to Which?, 180 products on the alert system last year were listed as a fire risk, 248 an electric shock threat and 397 a choke hazard.

She continued: "This could lead to a rapid rise in product liability claims -- including group claims -- by consumers or even retailers. In the same way that we have seen an explosion in cladding claims following the Grenfell Tower fire, fatal fires caused by faulty white goods or electronics could have the same impact.

"When a product safety issue comes to light, insurers are in a powerful position to ensure that insureds are incentivised to remove dangerous products from people's homes as quickly and comprehensively as possible. The interests of consumers and insurers are closely aligned, given the potentially serious consequences of a faulty product causing widespread financial or physical harm."

The risks stemming from a product recall are substantial and can be financially devastating to a company. Product recall insurance, along with contaminated products insurance, helps protect industries including food and drink, automotive and pharmaceuticals. Without it, many companies have been forced into bankruptcy.

"Recalls are increasing rapidly both in terms of number of recalls and, probably more importantly for the market, severity. In terms of severity, it is washing machines that are fire hazards, or automotive. We are seeing a statistical increase that's bringing enquiries into the market," said Ian Harrison, leader of the global recall practice at broker Lockton.

Mr Harrison said the increase is driven by both increased consumer awareness of their rights and more rigorous, scientific testing of products than happened in the past, which leads to more products failing.

"The big challenge in consumer products for us is the fact that often we're dealing with people who are importing stuff from Asia, so they're not making it themselves. It is hard to get a lead on the quality control information on the initial manufacturing sites," he continues.

However, Mr Harrison said the product recall market has remained robust despite the increase in incidents.

"We're seeing some rate increases but not on the [same] scale as in some other lines of business. Because it is short tail, insurers are quite interested in being involved in the recall market," he continued.

"Product recall provides pretty deep coverage -- it is balance sheet protection, not just the physical costs of a recall. It is the loss of sales, the damage to the brand in terms of lost revenue because people don't want to buy your brand. The crisis costs [are covered] in terms of a PR consultant and a consultant on how to manage the recall with authority."

"The ability to audit the supply chain is very important. Having insurers insist upon seeing this upfront before they write the business and seeing it again in renewal -- how it is going in practice, how the claims experience is -- is very important"

Mr Turner said it is key for manufacturers and importers to know their supply chains, so issues are picked up at an early stage.

"They need to build good quality control into their supply chains [and] embed expert testing into that process, with good traceability and good communications down the supply chain," added Mr Turner.

He continued: "If you put all that together and get that right, then not only do you reduce the risk of some supplier at the base of the chain doing something unauthorised and cutting corners, but you have better visibility if something does go wrong.

"Identify who is involved in the supply chain and write [it] into a contract with intermediaries to set out clear specifications and standards, so everyone knows what standards they need to meet, what standards they should attain. Build in appropriate testing at a particular point in
the process.

"Also, having the ability to audit the supply chain is very important. Having insurers insist upon seeing this upfront before they write the business and seeing it again in renewal -- how it is going in practice, how the claims experience is -- is very important."

Mr Turner also highlighted the new Code of Practice for Product Recalls, which was issued by the Office for Product Safety and Standards last year, and every business should adopt.

"What this tries to do is really emphasise the importance of preparation and prevention. Essentially, a recall plan that has senior level buy-in within the business means you're much more prepared," said Mr Turner.