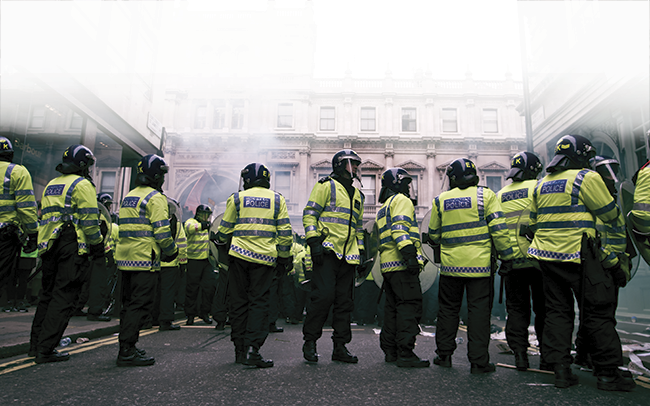 The 2011 riots in the UK revealed shortcomings in outdated legislation concerning damages. Authors of new guidance explain how the new Act tackles these issues

Drivers for reformIn the event of a riot in the UK, policing bodies are treated as liable for the resulting damage to property, on the basis that they are responsible for maintaining peace and order. Until recently, the legal obligation to pay compensation to riot victims, whether individuals or businesses, and their insurers, was set out in the Riot (Damages) Act 1886 (RDA).

Following the riots in 2011, various problems were identified with how claims for compensation were handled by policing bodies, in the context of the RDA, which was archaic and out of date. These included:

"In the event of a riot in the UK, police authorities are treated as liable for the resulting damage to property, on the basis that they are responsible for maintaining peace
and order"

CHANGES UNDER THE RCA

Changes under the RCAThe RCA broadly followed the recommendations made by Mr Kinghan, introducing the following changes:

The Compensation Regulations 2017 were introduced in April last year to flesh out the detail of how the RCA will operate. Key points from an insurer's perspective include:

It is hoped that the new regulations will not be required in the future. In preparation for the worst, however, there has been some time invested into the production of a Riot Claims Handling Best Practice Guide by the CII New Generation Claims Faculty Group. This guidance was developed through collaboration with key stakeholders, including the Home Office, the Association of British Insurers, policing representatives, the Chartered Institute of Loss Adjusters and Mr Kinghan.

In the aftermath of the 2011 riots, the police faced an overwhelming volume of compensation claims, which had to be handled under outdated legislation. They had to manage core claims-handling functions such as assessment of liability, reserving, assessing quantum, methods and timeliness of settlement, insurer recovery processes,, communication and managing fraud.

The guide aims to bring the legislation to life, through setting out the core claims procedures and philosophy required for the handling of riot compensation claims, whether by policing bodies, a Riot Claims Bureau, or parties contracted out to handle the compensation claims (such as loss adjusters).

The New Generation team hopes the guide can be a practical point of reference for policing bodies, loss adjusters and the insurance profession, and that if a similar event to the 2011 riots were to take place, the riot compensation process will deliver better outcomes and experiences for riot victims.

It is anticipated that the guide will be published in November, alongside a report the New Generation team has developed, which includes recommendations on preparing for the operational challenges that the police will face in the event of a large-scale riot.