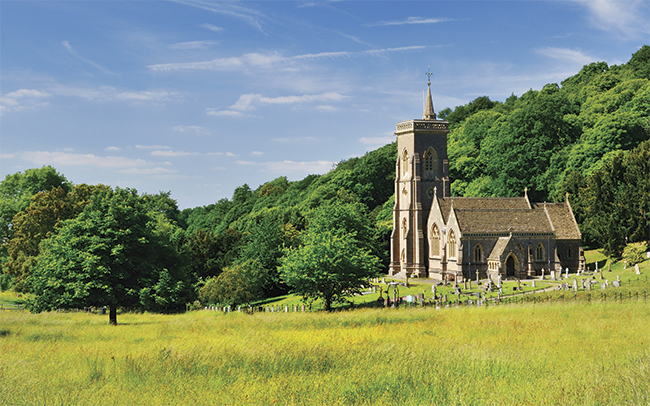 Church insurance might be niche but there is plenty going on in this market to keep both underwriters and claims specialists busy.

The waning interest among the public for going to church on a regular basis has been the subject of many a debate, but it seems British churches still have a special place in many peoples' hearts.

Half of the British public would consider the closure of their nearest church a significant loss to their local community, according to research released by specialist insurer Ecclesiastical.

Ecclesiastical provides insurance for more than 15,000 Anglican churches. Michael Angell, church operations director at Ecclesiastical, explains: "Churches provide a wide range of community services from holiday clubs and parish nursing to foodbanks and mother and toddler groups, provisions many people rely on day to day. This work often goes unnoticed but to the people that use these services it is invaluable."

So, it is no wonder that protection of these buildings is considered key and that it makes headlines whenever there is a major incident. For example, on a Sunday night in February a fire ripped through the Church of the Ascension in Salford, Greater Manchester, destroying the roof and floors of the Grade II listed building.

Built in 1869, the church had recently undergone a £250,000 restoration with funds from the UK's National Lottery and English Heritage. Police suspected it had been destroyed by arsonists. The church was insured by Ecclesiastical, which used drones to assess the damage and search for artefacts that could be restored, including the church's brass eagle lectern, which survived the fire largely intact.

Despite arson typically being the most destructive event for buildings such as churches, community centres and schools that are not continually occupied, according to Ecclesiastical, premiums on fire risk have come down by an average of 12.5%--15% in the past five years, in a competitive market.

And although fires can be the most disastrous, they are not the most frequent incidents faced by insurers -- slips and falls by visitors are more often a source of claims against churches. Incidents are becoming more frequent as religious organisations take on community outreach work, such as hosting mother and baby groups, arranging food banks and organising homeless shelters.

Metal theft continues to be a problem, despite the government's attempts to crack down by banning cash payments for scrap. Although metal thefts peaked around five years ago and fell by around a third in the year ending March 2016, it remains a 'perennial problem' for churches and other partially occupied buildings, says Mr Angell.

Zurich says it is not just about the missing metal -- the destruction caused in stripping the roofs or stealing the wiring can be just as costly.

Pauline White, managing underwriter at Zurich, adds: "The theft of the metal itself has almost become the lesser part of the loss. Over the last few months we have handled three claims which, due to the damage caused to the buildings and the clean-up costs, were each worth more than £200,000."

The company also warns that once a building is targeted, the thieves will often return again and again, so insureds should always be advised about how to better protect themselves.

All too often, insurers are the targets of media criticism -- particularly when charity events are cancelled, with the organisers citing the cost of insurance cover. Ecclesiastical says it expects churches to run fetes and coffee mornings, which will be covered under standard policies. Firework displays or abseiling down the church tower, however, will require another look at the policy wording.

Employers and public liability cover is usually standard on church policies -- and it is often called on. For example, a claim was brought by a member of the public against the Dean and Chapter of Rochester Cathedral, for injuries sustained as a result of a fall in the grounds of the Cathedral in June 2010. The County Court found the Cathedral liable for the accident, in contrast to Ecclesiastical's view.

Working with the Cathedral, the insurer appealed the County Court decision and had the finding of liability overturned by the Court of Appeal which concluded that while the accident was unfortunate, no one was to blame.

Chancel repair liability, along with many other overriding interests, had to be registered
by midnight on 12 October 2013 or they lost their automatic protection. Churches that
had identified properties in their parishes
that were subject to the liability that had to apply to register a notice against the title of such properties.

It is important to note that chancel repair liability has not been abolished. Nor does the fact that a church had not registered a notice by 13 October 2013 mean that they lost the right to apply for registration -- the right will only be lost once a property with registered title changes hands for 'valuable consideration' (ie for money or something else of value, not as a gift), or when an unregistered property is first registered.

So, it is likely that conveyancing solicitors will continue to recommend chancel repair liability searches and indemnity insurance on properties that are currently unregistered or which have not been transferred for valuable consideration since 13 October 2013.

A church could still register a notice at any point up until a priority search is made just before completion. If this happens, it will jeopardise the completion of the transaction and incur unrecoverable costs for the buyer such as legal and survey fees.

If the title does reveal that the property is definitely subject to the repair liability, indemnity insurance can still be obtained against any future demands.