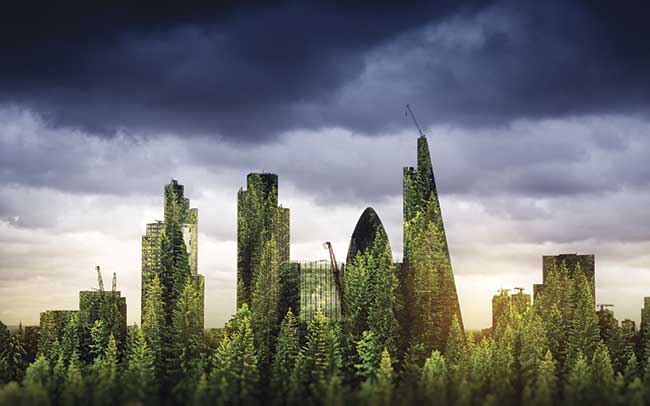 Environmental protection has risen up the political agenda for many years, culminating in the EU's Environmental Liability Directive. But how has this affected the insurance market? The Journal takes a look-¦

The main aim of the Environmental Liability Directive (ELD) is to establish a new kind of civil law mechanism based on the 'polluter pays'. Operators that cause a risk of 'significant' damage or cause 'significant' damage to land, water or biodiversity will have a duty to try and stop that damage occurring or, where damage does occur, a duty to reinstate the environment.

Although the Directive came into force in 2009, there has been uneven uptakes of the rules across the EU and in 2014, the European Commission was expected to report back. That has been delayed by two years and it was only in 2016 that the Commission finally adopted its findings. According to the

Commission, the key findings emerging from this report are that the Directive has improved:

It admitted, however, that uptake remains uneven and it intends to improve that in the near future.

With the UK set to leave the EU, Marsh looked at the possible impact on this sector.

Its report states: "Several multinational companies buying environmental insurance to cover sites and operations in multiple jurisdictions have chosen to place an environmental master policy, with specific local policies in local countries where the regulations demand.

"As such, the master policy will usually act as an umbrella policy and will be sitting on a difference in conditions and difference in limits basis above the local policies. For sites and operations in the EU, this requirement has been facilitated by using the freedom of service (FOS) regulations to allow all sites in Europe to be covered under a single policy.

"When the UK leaves the EU, the FOS directive may no longer apply and access to the single market will have to be renegotiated during the transitional period. FOS is the right to provide business services on a cross-border basis within the EU. For insurance contracts, in particular, this means that a contract can be underwritten in an EU member country that is different from that in which the risk is located.

"These contracts -- which are commonly used by multinational companies as a means to secure locally admitted coverage in multiple EU countries -- could be affected."

WHAT IS ENVIRONMENTAL IMPAIRMENT LIABILITY ?

Environmental impairment liability (EIL) provides broad coverage for losses arising from sudden pollution or gradual seepage released from the insured location, as a key component for anyone looking to insure construction of a community renewable energy system above and beyond standard public liability cover. Cover offered:

EIL insurance can form part of a contractual obligation in the construction phase or as part of a tenancy agreement for a renewable energy project during the operational phase.

In the UK, the rules came into force in 2009 and affect businesses of all sizes, with the risk for owners and directors that they will go to jail in the wake of a pollution incident.

For insurers, the Directive gave a much needed fillip to the sector. And a recent report from Marsh shows the uptake of environmental cover has risen across Europe.

It reveals: "There has been a marked increase in the number of companies purchasing environmental impairment liability (EIL) cover across Europe in recent years. From a regulatory perspective, the implementation of the Environmental Liability Directive in the EU has had the greatest impact on companies operating in the region.

The broker adds: "Today, companies also have a greater understanding of the gaps in traditional types of insurance cover with respect to pollution, largely due to several high profile claims. Consequently, clients have sought out EIL policies to protect against these types of exposures, which include cover for third-party bodily injury and property damage resulting from gradual pollution, first-party clean-up, business interruption and the costs to undertake preventative measures, among others."

The report notes that the buying patterns of those mid-sized companies purchasing EIL cover have also changed, with a general marked increase in the average limits of indemnity sought between 2011 and 2015. While there was a dip in the average limits of indemnity being obtained by mid-sized companies across Europe in 2015, it would appear that they are continuing the steady upward trend that has taken place since 2011, during which time they have risen from an average of €6.9m to a little under €7.9m (peaking at nearly €8.4m in 2014).

Another broker, JLT, suggests: "Th e traditional view among businesses has been that only a limited set of companies such as those dealing in chemical production, utilities and waste management are likely to have any significant exposure to environmental liability. With new statutory provisions recently enforced across the EU and an increasing trend of large group litigations against many spheres of industry, this is simply no longer the case."