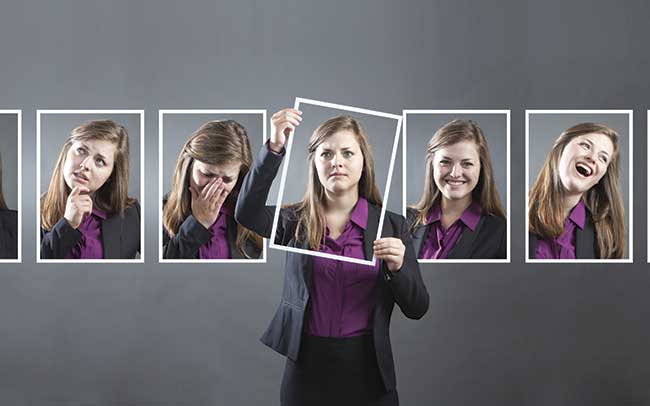 A nudge in the right direction

Sam Barrett looks at how and why a growing number of insurers are turning to behavioural economics to improve customer relations and drive sales.

It may come as no surprise to learn that we can all act irrationally, with our decisions influenced by factors such as fear, experience and the desire to conform. But understanding what drives our behaviour can help the insurance industry improve customer relations and drive sales.

To gain this insight, a growing number of insurers are turning to behavioural economics. This explores the ways in which our decisions are influenced by different psychological, social and emotional factors, providing ways to overcome these biases and enable consumers to make more rational choices.

Swiss Re started looking at behavioural economics around five years ago as part of a drive to put the customer at the centre of its life and health business. "In the insurance industry there's a huge gap in our understanding of customer behaviour. We don't truly know why they buy or don't buy, or what causes them to cancel their cover or not be accurate about their health status," explains Will Trump, consumer behaviour consultant at Swiss Re. "For years we've assumed that, if the price and features are right, then people will buy, but sales figures demonstrate this isn't the case."

While insurers have sought to gain a better understanding of their customers, using tools such as surveys and focus groups, these can produce misleading results. For instance, when offered a financial incentive to comment on a product or website, someone is much more likely to say what they think they should say, with their rational brain overriding what would often be irrational behaviour.

Unfortunately, insurance customers can be particularly prone to irrational behaviour, with biases affecting the decisions they make. Paul Laughlin, managing director of Laughlin Consultancy, explains: "Most consumers find insurance products complex and boring," he says. "Decisions about whether to take out a product can require them to assess risk and uncertainty and will often be emotional. These factors will all influence engagement and decision making."

Acknowledging that biases play this part in decision making, insurers can introduce 'nudges' to help consumers make a more rational response. As an example, take the social norm bias. This drives us to follow the behaviour of our peers so, by including details of what other people in their area or like them have done, it will make a customer feel more comfortable about taking out the cover.

Although it is a relatively new addition to the insurance industry, there are already plenty of examples of ways in which behavioural economics can be used.

During the five years it has been focusing on this area, Swiss Re has run around 125 trials to optimise the interactions its clients have with consumers. As an example, one of its clients in Asia wanted to drive up the number of people who opened their motor insurance renewal email. By changing the subject line to include their car registration number, the open rate increased from 35% to 81%.

Digital agency Dare is also active in this field, helping insurers develop more customer-friendly propositions.
Its joint head of experience planning, John Gibbard, explains: "We played around with telling customers how long it would take to complete an online form but discovered that while 10 minutes was fine for some people, those who never completed forms would see it as too long. As a result, we offered different forms based on how long they took to complete."

Introducing more personalisation to a communication can also push the right buttons. Swiss Re worked with a large UK insurer to improve the speed of doctor responses to letters at claims stage. "By including a handwritten post-it note, the percentage that responded within 10 days increased from 24% to 32%," says Mr Trump.

Unsurprisingly, he has also looked at whether a pseudo handwritten post-it note would have the same effect. Unfortunately, for anyone keen to reduce the workload, it was found to be ineffective. Personalising can happen in other ways too.

Mr Gibbard says that insurers incorrectly assume that all customers have the same knowledge. "You might have one person looking for home insurance for their 50th year as a homeowner, while another's a first-time buyer," he explains. "By gaining this insight, you can hyperpersonalise the process."

Although it might be a new departure for the insurance market, it is very easy to implement, especially within digital. Swiss Re runs scientific trials to observe behaviour and then test minor changes to customer communications within the environment that is already in use. Mr Trump adds: "Around a third of these tests result in no change in behaviour, which is in line with academic findings, but the rest will see improvements. Almost every interaction can be optimised in some way."

While some of the results may seem very slight, Mr Gibbard says this should not put insurers off using behavioural economics. "It's like the British Cycling team," adds Mr Gibbard. "If you can achieve a lot of marginal gains, it results in a significant [overall] improvement in performance."

What is more, while behavioural economics might seem contrary to the compliance-heavy world of insurance, it also has support from the Financial Conduct Authority (FCA). It first published an occasional paper on the topic back in 2013 and has also tested the theory itself, in one instance increasing the level of response to a letter offering redress for a mis-sold product from just 1.5% to a much more respectable 11.9%.

Mr Laughlin has worked with the FCA on some of its projects, including looking at how to increase transparency and engagement at renewal in general insurance. This used behavioural economics to explore ways to increase the amount of switching that took place, ultimately leading to the requirement to include details of the previous year's premium on the renewal notice.

And with behavioural economics firmly on the FCA's agenda, Mr Laughlin says insurers have the opportunity to explore more creative ways of engaging with consumers. "It can deliver better outcomes for all parties," he adds. "It will become a standard part of an insurance company's approach to customer interactions."

81% by including their car registration number in the subject line, the open rate increased from 35% to 81%

One insurer that has used behavioural economics to enhance its sales and communications processes is the DAS UK Group. "Legal expenses is usually sold as an add-on," explains its strategy and innovation manager, Kevin Neal. "With the Financial Conduct Authority looking at whether these deliver value, we wanted to make sure that customers understood the product and felt able to use it if needed."

Its customer research revealed that, with few people having experience of legal problems, awareness was low. To address this, it hired a behavioural insight and communication agency, The Hunting Dynasty, to find ways to maximise comprehension.

As part of this, it took one of DAS's welcome letters and tested four different versions with customers. "As well as the original version, we had one with the information broken down into chunks, another with a schema structure and the fourth was a narrative version," says Mr Neal. "The comprehensive levels for each letter were very different, with the schema working much better than the others."

This was further refined, with another round of customer testing showing that the shorter this became, the greater the comprehension. "We were able to reduce it from 260 words to just 91, with a significant increase in understanding," he adds. "We're now engaging with our business partners to enable them to use the material we've created and have already embedded it with the Hood Group."

The project has also received critical acclaim, picking up the Gold Retail Award at the inaugural Nudge Awards in 2015.