On Top of The World 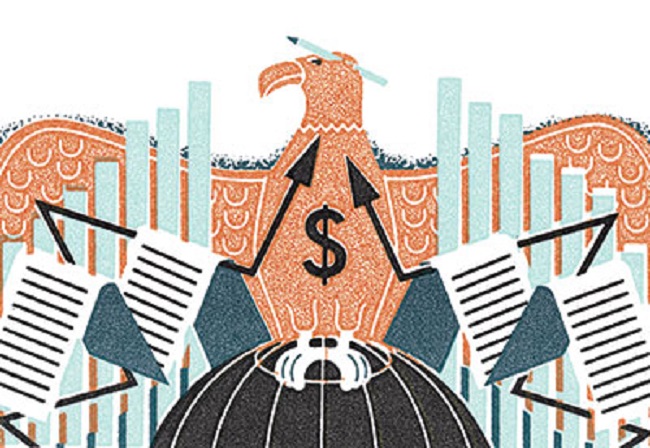 The global financial crisis showed the risk everyone was exposed to, should a major institution fail. Since then, regulators have been looking of ways to ensure such organisations have proper protections in place. The US has taken a lead, as Liz Booth explores-¦

Back in the dark days of the financial crisis, much was said about organisations that were simply too big to fail -- some of which required government bailouts to ensure collapse was avoided.

Since then, an initiative to identify those crucial financial organisations has been underway, including a list for the insurance market.

The list is tied to the Dodd-Frank Wall Street reform law passed in the US in 2010, after the financial crisis. Under the law, federal regulators can determine that non-bank companies, such as AIG, could put the entire financial system in danger if they fail -- and require them to take certain measures to stave off threats.

In the most recent list, the US Federal Bank has designated nine insurance companies as a Global Systemically Important Insurer (G-SII). However, the G-SII regime will have an impact felt far beyond these nine, with another 50 insurers designated as 'internationally active'.

One of the major questions for those on the list is the impact it may have on their structures and profit levels. MetLife has already announced a restructure due to its designation and has been to court to be delisted. It was successful, although an appeal is pending.

The guidance was issued for public consultation in November 2015 and sets out considerations for determining a preferred resolution strategy, based on a strategic analysis of insurers' business models, the criticality of insurers' functions and policyholder protection arrangements. It has been developed with the International Association of Insurance Supervisors.

Patrick Montagner, chair of the FSB Cross-border Crisis Management Group for Insurers, and deputy secretary general of the French AutoritÃ© de ContrÃ´le Prudentiel et de RÃ©solution, welcomed the guidance, noting that it "recognises that insurers are fundamentally different from banks, but resolution planning is important for all systemically important financial institutions, including insurers".

The final guidance was agreed after industry consultation, to which the FSB received 16 responses. It says respondents generally welcomed the FSB's initiative, with a majority agreeing that authorities should identify institution-specific resolution objectives. Resolution objectives should be developed in consideration of the unique characteristics of each insurer and the requirements of the applicable legal regimes.

Several respondents suggested the guidance should recognise to a greater extent the importance of policyholder protection. In finalising the guidance, the FSB has clarified that authorities should develop resolution strategies with the aim of protecting policyholders, as well as maintaining financial stability.

Respondents generally supported the factors and considerations for the strategic analysis underlying the development of preferred resolution strategies, and found concerns raised in the 2014 consultation about differences between the insurance sector and the banking sector had been taken into consideration.

Several respondents stressed the differences between the two sectors, in particular with regard to the degree of internal interconnectedness within banking groups and within insurance groups. The final guidance acknowledges those differences.

Overall, the FSB states: "Respondents supported the guidance on aspects that need to be considered when developing the operational plan for implementing the resolution strategy, but stressed that resolution planning must be tailored to the insurance sector and avoid 'bank-centric' concepts. To address such concerns, the final guidance avoids the use of terminology (such as loss-absorbing capacity) which is used in the context of bank resolution policies."

Meanwhile, commentators are warning the US Federal Reserve has made a small step toward imposing tougher capital requirements on insurers, after inviting comment on a proposal for a two-tier regime designed to shield the financial system from another Lehman-like shock.

In early June, the Federal Reserve board approved an Advance Notice of Proposed Rulemaking (ANPR), inviting comment on conceptual frameworks for capital standards that could apply to systemically important insurance companies and to insurance companies that own a bank or thrift. The standards would differ for each group.

FT.com reported: "Under the proposal, endorsed by the Fed's board, AIG and Prudential Financial would face more stringent rules, while the dozen insurance firms under supervision by the Fed due to their banking activities -- the likes of State Farm Mutual Automobile Insurance and Nationwide Mutual Insurance -- would be subject to lighter capital requirements linked to existing state-based standards."

Federal Reserve chair Janet Yellen said: "The frameworks we are considering would address all the risks across an insurance company's regulated and unregulated subsidiaries.

"I believe this proposal is an important step toward capital standards that are both appropriate for our supervised insurance firms and that enhance the resiliency and stability of our financial system."

Meanwhile, several newspapers quoted a Prudential spokesperson saying the firm was "pleased to see the progress the Federal Reserve is making in designing capital, liquidity and supervisory standards tailored to insurance companies, and we look forward to the opportunity to provide input into the framework".

The spokesperson added: "While there is still considerable work ahead and the details will be important, we view this as a positive step forward that recognises the underlying economics of our businesses."

Both the building block approach and the consolidated approach recognise the distinct differences between insurance companies and banks, and would use insurance-focused risk weights and formulas that reflect the appropriate nature of insurance liabilities.

"The dual approach proposed today is another example of our efforts to tailor capital regulation to the different risks posed by financial intermediaries of varying types and complexity," Board governor Daniel K. Tarullo said.

As required under the Dodd-Frank Act, these standards would apply consistent liquidity, corporate governance and risk management standards to the firms. These firms would also be required to employ both a chief risk officer and chief actuary to help ensure that firm-wide risks are properly managed. The enhanced prudential standards would only apply to systemically important insurance companies, reflecting the heightened risk these firms pose to financial stability.

G-SIIs identified as a result of the 2015 G-SII assessment exercise listed in alphabetical order: