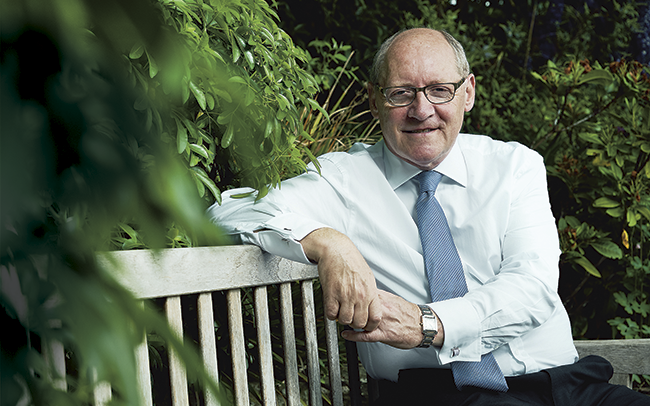 After a career in law and politics, Jonathan Evans has taken a senior role at BIBA. Here, he talks about his goals for the insurance sector-¦

With the insurance market facing considerable change during the next few years, Jonathan Evans' background in insurance, law and politics makes him the ideal person to take on the role of non-executive director at the British Insurance Brokers' Association (BIBA).

Steering the sector through upheaval is nothing new to Mr Evans. After 18 years as a solicitor, he was elected as an MP in the 1992 general election. Once there, circumstances meant he did not have to wait long before he took up the position of Corporate Affairs Minister at the Department of Trade and Industry.

"The lobbying scandal surrounding my predecessor Neil Hamilton meant the government was keen to find a minister with a background in law and no questions to answer," he explains. "I'd only been an MP for two and a half years."

In this role he dealt with the restructuring of Lloyd's of London, signing off the Reconstruction and Renewal Plan that transferred past liabilities to run-off reinsurance company Equitas in 1996. Once again, circumstances meant that Mr Evans found himself taking on more responsibility than would normally be expected.

"I started working on this alongside the Secretary of State for Trade and Industry, Michael Heseltine, but he was replaced by Ian Lang in 1995," he recalls. "As a Lloyd's name, he was excluded from this work so I found myself having to report to the Prime Minister on a fortnightly basis." When he lost his seat in 1997, he built on this experience, taking up the role of director of insurance at Eversheds but also being elected to the European Parliament, becoming group chairman of life insurance consolidator Pearl and serving on the boards of insurance companies.

Now at BIBA, there is a range of matters he is particularly keen to promote, with access to insurance high on his agenda. "Insurance is a very positive thing so ease of access is important," he says. "Churchill said he'd like to write the word insure on the door of every cottage and we do need to continue with this sentiment."

As examples of where access issues have been addressed, he points to Flood Re and also the proposed extension of Pool Re to cover non-damage business interruption. "New risks are always coming along and we need to make sure appropriate insurance is available and that people are signposted to it," he explains. "BIBA's Find a Broker service is well regarded by MPs but we do need to regularly remind them of it."

Mr Evans is also keen to promote skills and standards across the insurance sector, having seen the huge value this brings to individuals, insurers and the public. "I spent a decade on the board of NFU Mutual and the company strongly believed that a significant proportion of employees should hold CII qualifications," he explains. "The industry's reputation can only be enhanced by pushing forward with this -- problems generally stem from failings in standards."

As well as safeguarding the public, Mr Evans is a firm believer in the fact that investing in continuing education leads to greater job satisfaction and encourages young professionals into the sector.

The benefit of attracting new insurance talent is something he first experienced when he was re-elected to the House of Commons between 2010 and 2015 and was responsible for hosting the annual reception of the CII's New Generation programme in parliament. "It was hugely fulfilling and really refreshing to see their approach," he says. "There are huge opportunities for innovation in the insurance industry and, once these young people have developed their skills, this is where it will come from."

"Regulation is there to protect someone, be it a consumer or an investor. If it's regulation for regulation's sake, then it serves no purpose at all"

His background working on insurance regulation also means he has strong, but reassuring, views on this. "You have to go back to first principles," he says. "Regulation is there to protect someone, be it a consumer or an investor. If it's regulation for regulation's sake, then it serves no purpose at all."

Given this, he's an advocate for risk-based regulation, with the level of compliance appropriate to the potential risk a company presents. "The potential risk from a small company can be negligible but they often face exactly the same regulation as a larger company," he adds, pointing to the Senior Managers and Certification Regime as an example. "We do need to protect consumers but this has to be done with an appropriate level of regulation."

-EDUCATION: Mr Evans attended the College of Law (Guildford and London) and is a solicitor of Supreme Court.

-POLITICAL CAREER: He spent 10 years as an MEP for Wales, before returning to the House of Commons as MP for Cardiff North for five years.

-INTERESTS: Mr Evans has a passion for rugby union, but also loves classical music and was even vice-chairman of the All-Party Parliamentary Group on Classical Music.