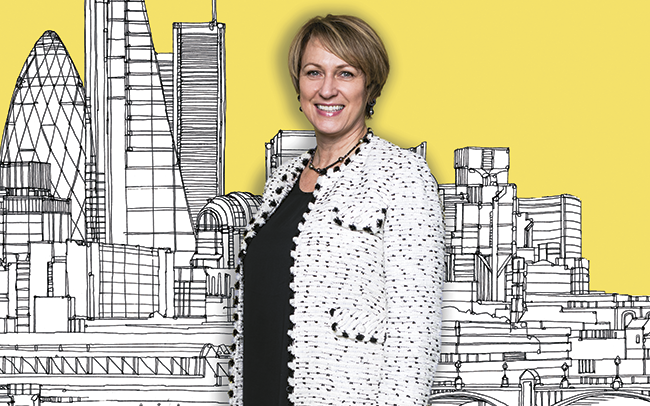 It feels like something exciting is stirring in insurance and the sector is opening its eyes to a new era of innovation and possibility.

Firms have been increasingly turning their attention and investment to technology and now, just as importantly, to the talented minds that can help explore and develop it. And for the CII and its new president Dame Inga Beale, things are no different. The vital premise of attracting new talent will be Inga's theme for her presidency, as she focuses on reaching out to new types of people with different skills to those traditionally seen in insurance, to help evolve the existing workforce across the profession.

"Technology is a major factor, which will dramatically affect the sector over the next five years, and we are going to see more disrupting insurtech and artificial intelligence firms as well as a shift in customer expectations," says Inga.
"Even if you are a large, established company, you will still need to be prepared to embrace new technology, models and data. We need to attract talent that is very tech savvy and which perhaps doesn't see insurance as the natural place to go."

Celebrating 35 years in the profession this year, Inga has been CEO at Lloyd's of London for more than three years and first began her journey with the CII when joining as a member in 1982.

BONDING THE INDUSTRY
Inga says: "It really is fantastic to be chosen as president. I am particularly pleased because it will bring Lloyd's, and I believe the London market, even closer to the CII and make that bond even stronger.
"Since becoming deputy president, I've been more involved with the new strategic manifesto, supporting John Moore during his presidency and promoting professionalism and the Choose Chartered status, which is a really valuable part of what John has been doing."

Another theme that has run strongly through Inga's career, and that will now be channelled throughout her presidency, is diversity. She was instrumental in the launch of the Dive In festival, an initiative started by Inclusion @ Lloyd's in 2015, which this year will be held concurrently in 32 cities in 17 countries around the world -- the first time there has ever been an industrywide global event of this kind.

"It has almost exceeded our expectations," says Inga. "It is a festival that celebrates diversity, inclusion and embracing those who are different to us. When different kinds of people come together cohesively and collaboratively, we can do amazing things."

Inga is also very proud that insurance was the first industry sector to launch the HeForShe campaign. Diversity and inclusion initiatives are often conducted within companies, but to have different firms working together across an entire profession is truly groundbreaking.
She explains: "There is more that firms can do in terms of understanding what policies and practices they can put in place. Th e CII is certainly going to be leading by example in that regard, so we are very accepting and inclusive as a professional body.
"We want to start conversations, because often it is the fear of the unknown and people can be scared or embarrassed to bring up certain topics. We want to start having conversations and bring everybody into that conversation.

"The Women in Financial Services Charter is also a magnificent example of how we have a broad range of people who work in insurance. For all of those firms to have signed up to this charter and commit to making a difference is an amazing feat."

FUTURE LEADERS
New talent is a fundamental part of the CII strategic manifesto, which now has huge momentum after its launch at the end of 2016. A major element of this is the Classroom to Boardroom workstream, which is looking at ways to attract, develop and maintain talent in insurance, building on the already strong platform that the CII has created.
"There are lots of events going on in schools and colleges, where we engage with young people who aren't working in insurance to tell them about the fantastic opportunities available," says Inga.
"Last year, we had 10,000 people attending these sessions and I would love to measure that in a year's time, at the end of my presidency, and have reached nearer 15,000. People who would have been touched by what the CII does and been enlightened about the world of insurance," she adds.

Th e CII is at a significant point in its history, with a focus on making insurance relevant, modern and diverse while encouraging a new wave of professionals and improving the public's perception of the profession. In Dame Inga Beale, it has certainly chosen a new president who shares that vision.