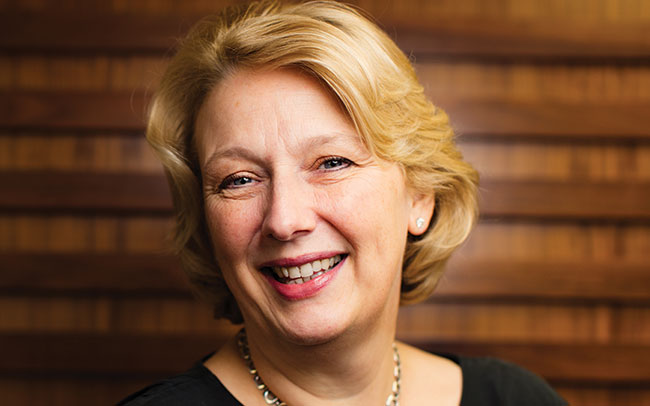 What was your journey to become chief executive at Virgin Money?

I started my career as a trainee accountant with Ernst & Whinney (now EY) in 1982, which led to a job at Norwich Union (now Aviva) in 1987. During the stockmarket collapse of that year, I was made marketing director of Norwich Union's unit trust business.

My first encounter with Richard Branson was more than 20 years ago, when Virgin first entered financial services. Starting from scratch, I co-founded Virgin Direct in 1994 with Rowan Gormley.

Virgin was the first financial services company to offer the retail banking market an integrated mortgage and current account -- the One Account. That part of the business, which was hugely successful, was acquired by RBS in 2001 and I moved there with it as managing director of the One Account.

I went on to lead a number of RBS business units and ultimately became responsible for the group's £70bn retail mortgage business, working under former chief executive Fred Goodwin.

Towards the end of my time at RBS, I became uncomfortable with the way some people were being treated. Also, [there was] pressure to package up sub-prime mortgages as investments and to drive profitability in a way I didn't feel that I could deliver with complete confidence that we were doing the right thing.

Richard Branson had always said to me I'd be pushing at an open door if I wanted to return and in 2007, I did just that. A week later, I was chief executive of Virgin Money.

Virgin Money remained very small but we obtained our banking licence in 2010 and from then we grew strongly until our acquisition of Northern Rock from the UK government in 2012. Today, Virgin Money is a strong, uncomplicated retail-only UK bank with a platform for growth. We are primarily focused on providing residential mortgages, savings and credit cards. And we also offer a range of investment and insurance products. We now employ more than 3,000 people.

How much of a challenge was it to achieve that goal as a woman?

From my own perspective, I can't ever remember being discriminated against personally but there's no doubt that a career in finance can be tough. It needs EQ as well as IQ. And we need people -- men and women -- who can get that balance right. I have been accused of being 'hormonal' or 'menopausal' before, when I've really just been putting forward a different perspective. We do need to learn that men and women are different and we should value that. In my career, I've learned never to be too proud to accept help and importantly to never give up.

You recently carried out a review, titled 'Empowering Productivity: harnessing the talents of women in financial services' -- what were its main conclusions?

The economic secretary to the Treasury, Harriet Baldwin, invited me to lead a review and I was asked to focus on the representation of women
in senior managerial roles in the financial services industry.

The report and its recommendations are about fairness, equality and inclusion; because the achievement of a balanced workforce at all levels in financial services will undoubtedly improve culture, behaviours, outcomes, profitability and productivity.

More women than men are employed in financial services but many do not progress beyond middle management, leaving almost all of the top jobs in the hands of men.

Every business has its own priorities and indeed its own views on gender and inclusion.
So we recommend that every financial services firm operating in the UK be encouraged to publish its own inclusion strategy and targets on an annual basis -- and that progress against these annually generated targets be reported.

We recommend that this strategy is owned and driven at executive committee level by a senior member responsible and accountable for its design, execution and success.

And we propose that success against these internal measures forms part of the annual bonus outcomes for all executives. This is the most controversial of the recommendations and I cannot for the life of me understand why. This is about addressing gender balance, like any other business problem.

I believe our proposals will make a significant difference in time but they do not represent a magic bullet -- I don't think there is one.

But I do believe they will make an important contribution towards getting firms to take this issue seriously and will act as a catalyst for far-reaching culture change within organisations.

From the start, the purpose of the report was to give practical recommendations. There was real engagement from men and women at all levels in the sector to help address the issue. Nearly 3,500 people -- men and women -- contributed through a variety of channels and
I was delighted their views were heard.

When we asked mid-tier managers in financial services, they identified 10 key enablers, including the need for a supportive people manager, having the technology to support flexibility and creating the right culture.

The Chartered Insurance Institute's remit is about insurance and raising standards and it now too has a female CEO at the helm -- how important is it that the insurance sector engages?

The financial services and insurance sector is the highest paid sector in the UK economy, where the gender pay gap for full-time employees is at 39.6% and double the national average. The gender pay gap generally reflects the distribution of men and women in an organisation and is at its most stark in our sector. During our roundtables and structured interviews, we were told that the insurance sector is no different to other parts of financial services.

Why do we still need initiatives like the Charter?

If I am being honest -- I initially questioned the need for yet another review on gender diversity. But as I thought about the issues and the more I examined the evidence -- I realised huge problems continue to exist, but also that the benefits to firms and the UK economy of getting this right could be immense.

Our research found that only 14% of roles at executive committee level are held by women. This figure is surprisingly close to the 12.5% figure that marked the start of Lord Davies' push to increase the number of women on list company boards. This suggests there may be a natural floor above which female representation will fail to progress without measurement, scrutiny and action.

The report is about creating the right conditions in firms to enable women to progress if they want to.

You won over Mark Carney -- but have other financial services bosses been as positive?

At the beginning of July, HM Treasury will publish the up-to-date list of new signatories. I am hopeful it will include a number of household-name insurers.

We believe widespread adoption of these recommendations across the sector will help make a genuine difference to gender balance in financial services.

So what would we like firms to do -- whether listed or unlisted, whether headquartered in the UK or overseas but operating in the UK -- is to sign up to the voluntary Charter.

To sign the Charter and formally commit to implementation of these recommendations, please visit www.womeninfinance.org.uk and fill out the online form.

Discussions around continuing professional development (CPD) are unending, but how important do you consider CPD to be?

The financial crisis in 2008 demonstrates why CPD and standards are important. But it is still disappointing that new Financial Times research published earlier this year showed fewer than 16% of executives at London's largest international banks, who will be part of the Senior Managers Regime, are women.

The culture of firms and the people that make them up, together with the culture of the industry, is of the upmost importance. Culture has a major influence on outcomes. Culture is determined by the 'tone from the top' and the shared values and shared purpose of employees. Culture also builds engagement. Building a culture around a sense of purpose, together with setting the right tone from the top, is a key part of driving standards of professionalism.

And of course, the Banking Standards Board has been established to promote high standards of behaviour and competence across UK banks and building societies. A thriving, vibrant UK economy needs a strong, stable banking sector that serves the best interests of its customers. And this requires trust from all stakeholders. Only by focusing on culture, reliability and competence on a consistent and collective basis -- as an industry -- can we rebuild it.

For our part at Virgin Money, we have an ambition to make 'everyone better off' (EBO). That sits at the heart of our business and underpins the way we go about doing business as well as the approach we are taking to creating products and services for the future. By doing this, we can deliver strong, sustainable returns to our shareholders.

Our EBO approach helps build customer trust by informing our principles in straightforward and transparent product design, providing both new and existing customers with good value products and delivering excellent service. It also enhances customer recruitment, helps us to recruit and retain excellent colleagues and it creates the right environment for all of our colleagues to develop and flourish.