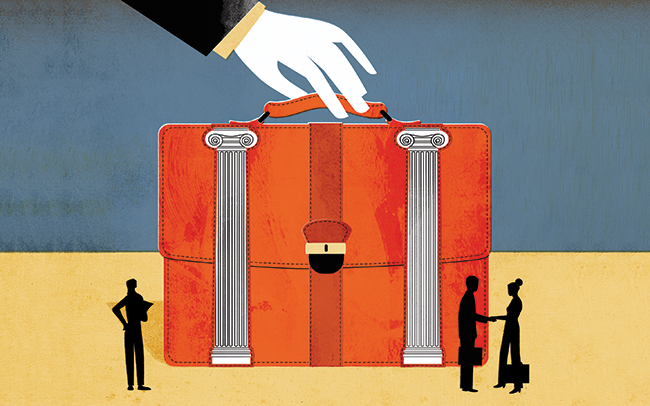 With several cases going through the courts that will have a direct impact on insurance law and practices, Liz Booth looks at some of the recent decisions and legislative changes

With the European Union (Withdrawal Agreement) Act 2020 now formally on the statute books, Britain exited the EU at the end of January.

However, as lawyers at Herbert Smith Freehills report, exit day only marked the next step in the Brexit process.

"Work is continuing to fill the gaps in the UK's legislative landscape following Brexit, in accordance with the scheme laid down in the European Union (Withdrawal) Act 2018," they explain, adding: "These gaps are largely being filled through statutory instruments (SIs) rather than primary legislation."

The Public Law Project, as part of its 'Statutory Instruments: Filtering and Tracking' initiative, has revealed that a total of nearly 1,000 SIs will have been laid down by exit day. Introducing such secondary legislation is undoubtedly quicker and administratively easier for lawmakers and in most cases the legislation will go no further than is permitted by the Withdrawal Act, as amended by the Withdrawal Agreement Act.

Brexit-related SIs may, however, provide cause for concern for businesses and individuals if there is a risk that SIs are being used to introduce significant legal and policy changes, warn the Herbert Smith Freehills lawyers.

"The government's use of SIs to fill legislative gaps is understandable," they note. "That being said, there remains a concern that SIs could introduce wider legal and policy changes. In the circumstances, it is important for businesses and their advisers to monitor whether these SIs impact their operations (or, indeed, whether they could impact their operations in the future)."

Insurers providing liability cover to the healthcare sector should be on particular guard in the year ahead, warn lawyers at DAC Beachcroft, who believe data breaches will continue to dominate the risks faced by companies in the healthcare industry in 2020.

They explain: "The industry is facing a new and significant threat with the emergence of web-based software platforms used by established companies as well as startups in the drive for medical innovation.

"These platforms are often designed to evaluate troves of patient data or to enable interconnectivity across systems or platforms, but adequate data security is often neglected. Currently, companies in the global healthcare industry are unintentionally leaking sensitive information about millions of patients. Class action lawsuits are likely to occur before the risk can be effectively mitigated."

Overall, they conclude: "We expect a continued trend of large class actions to be seen in the UK, as experienced in the US, Australia and Canada, with vaginal mesh implants, allergan breast implants and Valsartan class actions to name a few. As well as a continued focus on the use of alleged defective products, we should continue to expect heightened appetite to pursue individual clinicians in group litigation orders."

Many people are highlighting directors and officers as a particular concern in 2020, due to a heightened risk of action against senior executives

The decision in Young v Royal and Sun Alliance PLC is the first to consider the duty to make a fair presentation of the risk under s.3(1) of the Insurance Act 2015 (the Act). It involved a claim for £7.2m arising out of a fire at the insured's property, reports Victoria Sherratt, partner and head of RPC's UK property team.

Insurers sought to avoid the policy for non-disclosure of the claimant's involvement in four insolvent companies. Insurers argued that the insured had incorrectly answered the moral hazard questions in the market presentation (prepared by the broker), giving rise to the non-disclosure.

The court found for the insurers on the question of waiver and, in doing so, confirmed that the Act did not change the law on waiver. In this case, the insurers' email was a confirmation of the representations made in the market presentation, which were incorrect. It was not a question seeking further information or a limiting question waiving matters outside the scope of the question. The court warned that to "uncritically" interpret the insurers' responses to a presentation as enquiries defining or limiting the scope of what the insurers consider are material would be counter to the aim of the Act -- to simplify the process of presenting a risk.

Ms Sherratt adds that in 2020, the Court of Appeal will hear the appeal in Sartex Quilts & Textiles Limited v Endurance Corporate Capital Limited, which arises out of a fire in 2011 that destroyed the insured's manufacturing premises. The policy provisions provided for payment on a reinstatement basis if those costs have been incurred. If not, the insured was entitled (under the insuring clause) to be indemnified against loss or destruction or damage to the property.

The insurers made a payment of £2.14m market-value basis, arguing that the insured did not have a genuine and fixed intention to reinstate the premises. It had been eight years since the fire and the insured had considered other premises. On that basis, they said, it should not be paid any further sums. The lower court held that the insured was entitled to receive an indemnity on the reinstatement basis. The insured was awarded an additional £1.3m.

1,000 statutory instruments will be laid down as part of the UK's withdrawal agreement before exit day on 31 December 2020

Many people are highlighting directors and officers as a particular concern in 2020, due to a heightened risk of action against senior executives.

Lawyers at Mayer Brown point to the recent decision in Robert Glew & Denton And Co Trustees Ltd & Anor v Matosian-Rogers & Ors. They explain that the court considered whether a derivative claim should be allowed to proceed against directors, on the basis that they had acted in breach of their fiduciary duties by renewing a licence agreement on terms that were less favourable to the company but more favourable to one of the directors.

The court determined that although the claim was reasonably strong, it was not of sufficient value or importance to the company to justify allowing the continuation of the dispute, which was preventing the company from obtaining investment funding. Considering the relevant factors, no reasonable director would seek to continue the claim.

WHAT'S IN A NAME?

A Court of Justice of the European Union (CJEU) decision in December 2019 may give scope to challenge the definition and concept of the term 'accident' within Chapter III -- Article 17 (1) of the Montreal Convention 1999, according to Carl Dray, a partner at CMS.

The action was pursued by a child following a personal injury suffered onboard an aircraft. She was travelling with her father when she sustained a scalding injury. A hot drink placed on an adjacent tray table tipped over and split the contents onto her chest.

The first-tier court determined in favour of the child, but the defendant successfully appealed to the second-tier Higher Regional Court, arguing that the terms of the convention only applied to accidents caused by a "hazard associated with aviation". The second-tier court allowed the appeal. The Austrian Supreme Court referred the case to the CJEU to determine the interpretation of 'accident'.

The CJEU concluded that the convention was not limited solely to hazards associated with aviation, stating: "The concept of 'accident'-¦ covers all situations occurring onboard an aircraft in which an object used when serving passengers has caused bodily injury to a passenger."

Mr Dray says: "The CJEU's decision has extended the liability placed on carriers to circumstances that are not just directly related to aviation operations but may also include any unusual or unexpected event onboard the aircraft.

"While there is currently no judicial precedent following this judgment and the impact and effect has yet to be tested beyond the original referral, carriers may wish to give consideration to modifying their assessment procedures, investigation, monitoring and/or training to extend the scope of their risk management and future-proof for potential onboard liabilities caused by factors outside of normal aviation operations."

Liz Booth is contributing editor at the CII