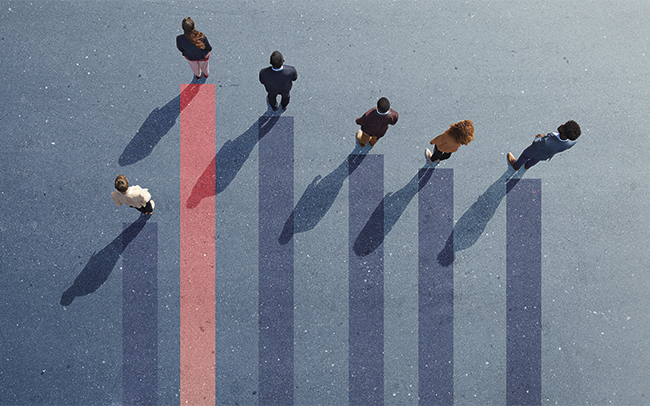 As the case for diversity in the workplace gains ever more backing, Alex Dooler examines an often forgotten area -- social mobility

The scope of insurance stretches from the deepest of jungles to the biggest of cities, from the most treacherous of oceans to the driest of deserts. Insurance is inherently diverse in the projects it underwrites and the clients it serves.

This concept is deep-rooted in our industry's DNA. The bedrock of modern insurance for example, was built on boats shipping goods abroad. Looking at the present, the globalisation of our economies has further strengthened this diversity in client profile.

Given this, our companies must reflect the clients we serve. It makes sense that our professionals are as equally diverse as our projects and clients. But diversity in the private sector can also drive social progress. A recent study by Gao and Zhang (2015) shows that a more diverse workforce fosters enhanced creativity and innovation.

Although progress is slow, diversity is visibly improving. Executive boards are changing and there is more female, LGBTQ+ and BAME representation at the top. However, there is a strand of diversity that cannot be seen with the naked eye; one that is complex and difficult to perceive.

That is social mobility. It tinges the way a person communicates, their hobbies and self-confidence. Sadly, these non-meritocratic cultural and social markers of class are proven to cause reduced earnings and opportunity.

In 2015, David Cameron claimed: "Britain has the lowest level of social mobility in the developed world. Here, the salary you earn is more closely linked to what your father got paid than in any other major country."

Unfortunately, these imbalances continue from early career right through to executive level. Research by Claire Crawford and Anna Vignoles (2014) found that graduates from private schools earn some 7% more annually than their state-school counterparts, only three and a half years after graduation. This is even when comparing similar graduates in terms of university choice, subject and grade attained.

These imbalances also persist through to mid-career, as shown by Dr Sam Freidman's research. He found that after accounting for indices such as education and levels of training, less privileged workers in finance should expect to earn £11,200 a year less than their counterparts.

As Michael Lewis's book Moneyball illustrates, humans have high levels of unconscious bias when choosing people for their team, which can drastically reduce its performance. Despite Oakland Athletics being one of the poorest teams in the Major League Baseball, they had incredible success through looking beyond unconscious bias.

SHOCK TO THE SYSTEM

Data on social mobility can be both shocking and depressing. But things can change -- and they are. AIG for example has partnered with the charity Career Ready, which enables City professionals to mentor students from low-income families. Newly championed apprenticeships across the insurance industry could also act as a pipeline of diversity to the industry.

The big four consultants have a more impressive record in the field of social mobility, which the insurance industry could emulate. KPMG was the first business in the UK to publish detailed workforce data outlining the socioeconomic make-up of the firm. Deloitte has also championed contextual hiring, which emphasises a student's grades in the context of the school they attended.

An impediment to progress due to social upbringing is often an invisible injustice. It is difficult to see, but statistical analysis exposes it. Given this, it is promising to see the private sector making strides in levelling the playing field. However, we must continue to pull the levers of change. The industry cannot and must not stop now. As a sector, we need to make the smartest selections -- both in the risks we underwrite and the people we hire.

Alex Dooler is a graduate surety underwriter at AIG