Is the insurance industry ready for a cyber future? 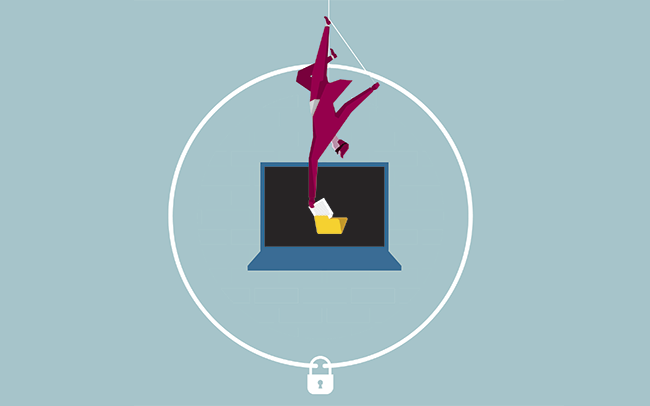 Liz Booth examines the fallout from the recent WannaCry cyber attack and sees how the insurance industry would have coped had more firms been insured.

Is cyber the new asbestos for the insurance industry? That was just one of the questions industry insiders were asking as the WannaCry cyber attack unfolded in mid-May.

Luckily for the insurance industry, this time around few of the affected entities had cyber insurance. Had they had cover, the question for the industry is whether or not it could have coped.

WannaCry, a ransomware programme, is reported to have infected more than 230,000 computers in 150 countries. Hackers demanded payment in bitcoins to allow users to access their own data.

Among those infected were several large companies, including a major American parcel delivery company, a European car manufacturer and a Spanish telecom company. It disrupted the operations of Britain's National Health Service and affected some operations of German rail network Deutsche Bahn.

The insurance industry appears to have got off lightly, however. Kenneth Dort, partner at Drinker Biddle, says: "In our experience, entities that do not take reasonable steps to protect their data through patching or regularly backing up data, would very likely not have gone the extra step to obtain cyber insurance as they are likely already tightly controlling IT costs.

Fortinet, a security company, has warned, however, that this attack could be just the tip of an iceberg of problems waiting to happen. And the general view is that companies need to be proactive in terms of security and in terms of buying insurance.

This is backed up by figures from the UK's Institute of Directors (IoD), which reveals in a report published before the WannaCry attack, that:

According to insurer Allianz, however, companies are becoming increasingly aware of the need to protect themselves.

This is why the cyber insurance market promises to be the next blockbuster in the insurance space, according to Hartmut Mai, chief underwriting officer for corporate lines at Allianz Global Corporate & Specialty (AGCS).

Cyber insurance is already a mature market in the US, with estimated premium volume of $3bn. However, "the more the industry integrates supply chains and processes, and digitalises production into 'smart factories', the more vulnerable the long-established industrial companies become as well", says Mr Mai. He adds: "For them, the risk of business interruption tends to be paramount."

And the threat does not always come from hackers. Many times, it is a technical failure or an employee deliberately or accidentally introducing viruses or paralysing computer systems.

When a crisis unfolds, compensation for financial loss is important, but the support services that often accompany cyber insurance are invaluable. Computer forensics, data and systems recovery, as well as professional crisis communication, can help a policyholder get back on its feet quickly.

"Assistance services, which we provide ourselves or through our partners, are therefore becoming increasingly important," says AGCS's Mr Mai.

There are issues, however. "We lack historical claims data. Also, companies shun publicity when they have been victims of a hacking attack because they are worried about their reputation," he adds.

Another major consideration is accumulation risk. "At the moment, the accumulation risk is still manageable because not many companies in Europe, Asia and Africa have cyber insurance yet," Mr Mai points out.

However, just like directors and officers liability coverage, cyber insurance is expected to become the standard for companies over the medium term. "Cyber insurance will be a blockbuster -- and we must prepare ourselves for it. When the much stricter data protection regulations take effect in Europe in 2018, not just big corporations but also mid-market and smaller companies will want to buy cyber coverage," Mr Mai says.

According to Mr Mai, insurers have to consider evaluating the technical standards and the information technology maturity of a company differently. "Individual risk dialogues and detailed IT and process audits that we usually do for large companies would be too complex for smaller and mid-sized companies," he says.

"Going forward, we aim to increase our automated cyber risk analytic capability by co-operating with data analytics companies. They use IP address-based screening, linguistic algorithms and other comparable methods to evaluate the level of IT security of a company. Such cyber resilience ratings could especially help us in offering cyber coverage to small and medium-sized businesses and retail clients through digital distribution platforms," Mr Mai adds.

Bryan Banbury, managing director at brokers Russell Scanlan, adds: "For small and medium-sized enterprises that have never previously seen cyber protection as a priority, cyber insurance is now something that simply cannot be ignored. It is cheaper and more accessible than people may think, providing both protection and practical solutions
in the event of a breach."

Hans Allnutt, partner and head of cyber and data risk at law firm DAC Beachcroft, has another warning, with consequences for the insurance sector.

Ransomware attacks raise particular data protection issues, he says. In May 2018, the General Data Protection Regulation (GDPR) comes into force. It contains an express requirement to ensure the ongoing availability and resilience of processing systems and services.

This latter requirement goes further than simply protecting confidentiality or preventing loss of data, and is enforced by a sanction of €10m or 2% of annual turnover.

He also warns: "The mere fact that data is inaccessible due to a ransomware attack could result in breach of data protection law and potentially high sanctions under
the GDPR."

SOME OF THE LEGAL ISSUES