The fall (and rise?) of whiplash 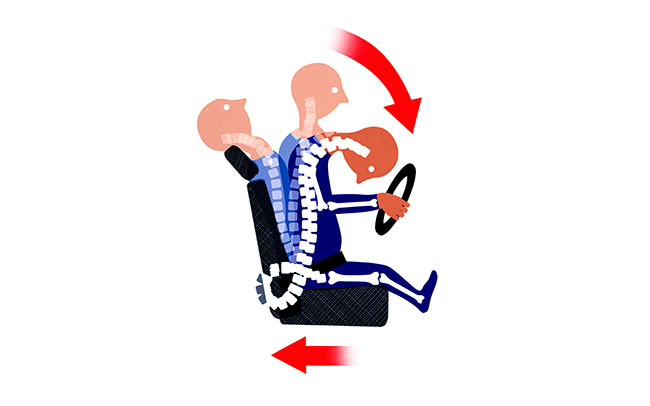 Does the UK still have 'the weakest necks in Europe'? Whiplash claims are on the rise again, even if total payouts have fallen. Matt Scott looks at what's going on-¦

Since the Ministry of Justice (MoJ) portal was launched six years ago, it has dealt with more than 4.9 million whiplash claims and paid out almost £3bn in general damages to injured claimants.

The volume of claims peaked in March 2013 at 90,998, before dropping off after the introduction of the Legal Aid, Sentencing and Punishment of Offenders (Laspo) reforms at the beginning of April 2013.

Since then, however, claims volumes have increased back to the levels experienced pre-Laspo, leading to criticism from insurers and defendant lawyers.

DAC Beachcroft partner Peter Allchorne says: "Laspo has been successful in many ways, but what it addressed is bringing down the cost of claims. It cut a lot of the fat out of the system, but what it hasn't addressed is whiplash claims frequency.

"Although it is not as lucrative as it once was, there is still enough left in it for those who are able to deploy economies of scale to make a margin by working smartly in the claims portal process."

LV= claims director Martin Milliner says the experience post-Laspo shows that when claims do fall in response to reforms, insurers are all too happy to pass on cost savings to policyholders.

"There's a truth universally accepted that motor insurance premiums in the UK are too high," he says. "In the period after Laspo premiums fell significantly, so the correlation is that if we can reduce the effects of whiplash and other soft tissue injuries, then the savings will be passed on via reduced premiums for hard-pressed families.

"If you polled people: 'Would you rather have lower premiums or a system that supports spurious whiplash claims?', most people would vote for a change."

And with even more reforms on the horizon aimed at cutting the volume and cost of such spurious claims, what does the personal injury market have in store for motor insurers?

The biggest change on the horizon lies in Chancellor George Osborne's latest Autumn Statement, in which he announced proposals, initially championed by Aviva, that promise 'care not cash' for minor whiplash injuries.

While these proposals are still in the consultation stage, they appear to offer hope to insurers struggling to find profitability in a market dogged by fraudulent claims and intense competition.

The reforms would see compensation for minor whiplash injuries (an injury yet to be clearly defined) replaced with care packages aimed at rehabilitating those suffering from whiplash and other soft tissue injuries as a result of a motor accident.

Simon Denyer, partner at law firm DWF, says the scale of the proposed changes means they are the biggest shakeup of the personal injury claims market currently on the horizon.

"There is no doubt as to which of the proposed [motor legal] reforms come top of the list in terms of what will have the biggest impact on the personal claims market, and that's the Autumn Statement reforms," he says. "The degree of impact of that reform, however, is going to depend on what we see from the consultation in terms of how they are going to define minor whiplash.

"The higher the bar is set, the more the degree of impact will be -- if they are trying to capture whiplash claims [with a prognosis of] six to 12 months, that will have more of an impact than if it is just three months."

"Whatever definition is chosen is going to have a significant impact on the market, and that is likely to take away a good proportion of the affected type of claims," he adds.

But as with all reforms to the claims market, such changes need to be carefully conceived and implemented in order to ensure the shadier parts of the claimant legal community cannot find ways to circumvent the system.

As such, Mr Milliner says the definition of what constitutes a minor whiplash injury needs to be clearly laid out in advance of implementation and even then persistent claimants may still be able to find a way to navigate their way around the new rules.

"If there was a ban on compensation being available for whiplash injuries, my concern would be that that definition of whiplash would have to be very clear," he says. "We could see a workaround where other types of injuries are suddenly being reported and claimed for in medical reports, which works around that definition.

"That would just be a shifting around of diagnosis and prognosis into injuries that are covered or go past the definition the government may have created. We've already seen the rise of psychological injuries and other types of complaints."

"The government has to come up with definitions that would eradicate that risk," he adds.

In addition to replacing cash compensation with a care package, the government is also introducing changes to the way claims management companies (CMCs) are regulated, with responsibility shifting from the MoJ to the Financial Conduct Authority (FCA).

Mr Milliner says that such changes could work to help curb claims farming in the UK and put a dent in the compensation culture that has embedded itself in British society and given rise to the prevalent whiplash epidemic that insurers have suffered with in recent years.

"Would the FCA stop nuisance calling?" he asks rhetorically. "It would create a different bar for authorisation of suitable directors and authorised people within the sector if it was regulated by the FCA rather than the MoJ. That would then create different outcomes -- the FCA is much better at regulating, has more resources and has sharper teeth when it comes to consequences for failing to meet requirements.

"There is too much money sloshing around in the process, which is a problem in the UK. In England and Wales we have the prevalence of claims management companies that isn't present in Scotland and other European nations, so claims farming activities do not exist elsewhere and that persuades people into making claims that they would not otherwise have made, or don't exist in the first place.

"The reason that happens is because there is so much money to be made. There is too much money being taken out of people's damages or available by way of solicitors costs to enable that money to be spread around to different areas.

"You've got that money fuelling that activity and without that we wouldn't have the whiplash epidemic that we have today."

Mr Denyer, meanwhile, says that regulation under the FCA will make it much more difficult for less ethical CMCs to conduct business, leading to better practices and further consolidation in the market in the medium to long-term.

"We would predict that there will be an impact on the personal injury market, but not for a couple of years," he says. "We would expect CMCs at the edge of things to find it more difficult to operate and we would expect to see consolidation in the market and a driving up of standards."

There is a risk, however, that such whiplash reforms simply shift fraudulent and spurious claims into the wider personal injury claims market; moving the problem rather than solving it.

Mr Allchorne says this has happened before, and cited the surge of noise induced hearing loss claims since 2010 as evidence for such unintended consequences.

"The [increase in noise induced hearing loss claims] is largely due to the changes that came in in 2010 in terms of the road traffic accident portal process," he says, "which had a massive impact in terms of the gains to be made on whiplash claims.

"Recently, there have been reported falls in claims numbers in these areas of work and people have been asking if this is the end of hearing loss claims? No, it's not, and regardless of any recent fall in new reported claims, we are still way above where we were in 2010."

Other reforms in the pipeline may provide some respite in this area, however.

Lord Rupert Jackson has proposed a fixed cost regime for all personal injury claims facing insurers, extending the regime that has become commonplace in the motor market.

It remains to be seen whether the proposals will be adopted in full, however, and
Mr Denyer says he hopes
the government does not restrict the proposals to just clinical negligence claims and dilute the positive impact they can have.

"We hope that government will have decided [to cover all personal injury claims] rather than just clinical negligence as it doesn't make logical sense to do it for just one category," he says. "Piecemeal reforms in the past have meant the balloon is squeezed and the claims move in another part of the system -- you have seen that classically with deafness claims in the past, and that has been a very negative impact on that part of the market.

"Introducing fixed costs just for clinical negligence would be of very little benefit for insurers, but realising that there are holes to fill in what we have so far is important, and we should learn from previous exercises."

Whether or not these lessons will be listened to remains to be seen, and with so many reforms under consultation motor insurers will need to be prepared for a rocky road ahead as the market re-adjusts itself to the changing personal injury claims market.

The weakest necks in Europe? No, it's the compensation culture

The UK motor market has long suffered from a high frequency of whiplash, leading to commentators mocking British motorists for having the weakest necks in Europe.

But with instances of whiplash so much lower on the continent, what forces are at play in forcing up the number of whiplash claims facing UK motor insurers?

While Mr Milliner has argued that claims management companies farming claims has had a big part to play in driving up claims volume, Mr Allchorne says a lot of the blame has to be placed on the growing compensation culture that has migrated across the Atlantic from America.

"It is a difficult cultural shift to make, and part and parcel of it is trying to educate people that they as end consumers of motor insurance are going to end up paying for this in time by way of increased premiums."