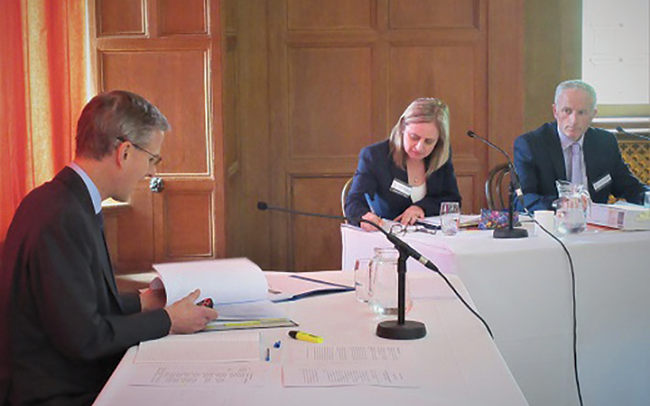 What happens at a Fast Track personal injury trial?

On detailed cross-examination of the facts and witness evidence, what could run to plan or otherwise change the outcome of the case entirely? These were all questions considered by the Insurance Institute of Sussex at its first mock trial, based on the anonymised details of a real-life tripping claim, which was heard by an English County Court previously.

Kelvin Farmaner and Sarah Wheadon from Trethowans Solicitors, and Adrian Posta from Guildhall Chambers led the mock trial, taking the roles of representatives for the Claimant, Defendant and Judge, with three members of the Sussex Institute's Leadership group playing the parts of witnesses. As the evidence unfolded, gaps and discrepancies became apparent and both advocates had plenty of questions for the witnesses. The Judge then reviewed the case fully before delivering his concluding verdict and summary. This was particularly helpful as he looked at what each side could have done to increase their chances of winning. He and the advocates also gave useful pointers of how to handle a case from the outset, with a view to potential litigation later on.