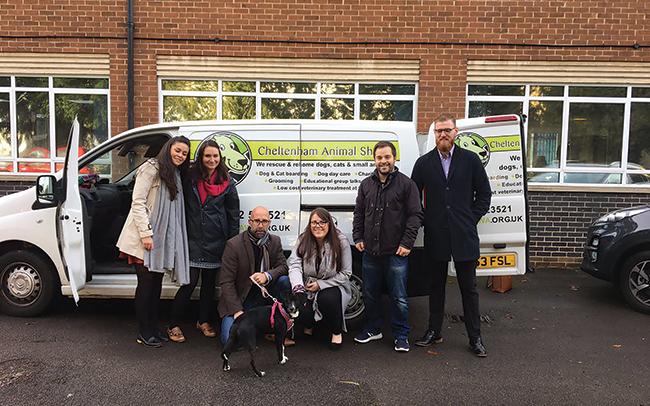 The Insurance Institute of Cheltenham and Gloucester's NewGen team have enjoyed a busy year, giving their time and working hard for their two chosen charities and are pleased to see their efforts result in record donations.

Part one of the team's focus was an appeal to assist Cheltenham Animal Shelter with its ongoing search for blankets, sheets, towels and food. The NewGen's awareness raising and collecting surpassed previous achievements, resulting in a special visit by both two- and four-legged friends from the shelter to show their thanks.

In January, attentions turned to Gloucester Foodbank, with a determination by the team to beat their previous best of 99kg in donations. The NewGen team were pleased to be able to confirm recently that 114kg of food donations were handed over in 2019, setting another new target for future support.

The Insurance Institute of Cheltenham and Gloucester's 2018/2019 deputy president, Simon McGill, said: "We would like to express our thanks to all members and companies that continue to help and support the institute, particularly Ecclesiastical, Ageas, Brunsdon, PIB, Pro and A-Plan."