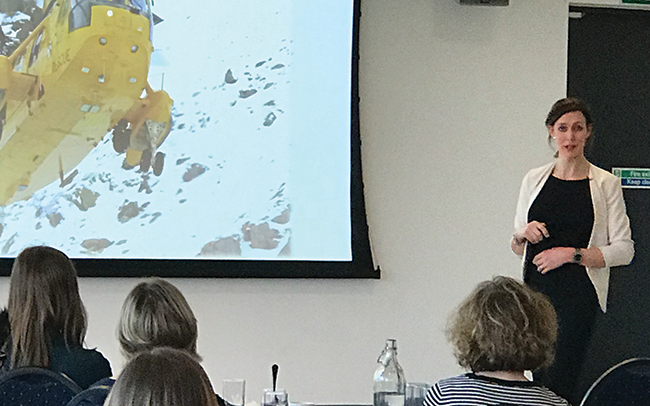 The Insurance Institute of Bristol welcomed Ayla Holdom to Bristol in February, in the latest event of the CII's Power of Inclusion roadshow series.

In raising awareness of diversity and inclusion and wellbeing in the workplace, the CII is presenting a number of inspiring stories across the local institute network, giving members a chance to hear first-hand the powerful experiences of its guest speakers.

Attendees listened avidly as Ms Holdom shared her story as a trans woman serving as a military helicopter pilot in the Royal Air Force. She served for 13 years and for seven of those was an extremely proud and commended member of the RAF Search and Rescue team. Ms Holdom now flies helicopters for the National Police Air Service.

As a committed supporter of LGBT charity Stonewall and a member of its Trans Advisory Group, Ms Holdom is also an adviser for All About Trans, a social enterprise that primarily works with the UK media on developing their representation of trans people.

She has been listed on the UK's Rainbow List twice by the Independent on Sunday, received one of Attitude magazine's inaugural Pride Awards and has a British LGBT Award for Inspirational Role Model.