A MARKET ON THE MOVE? 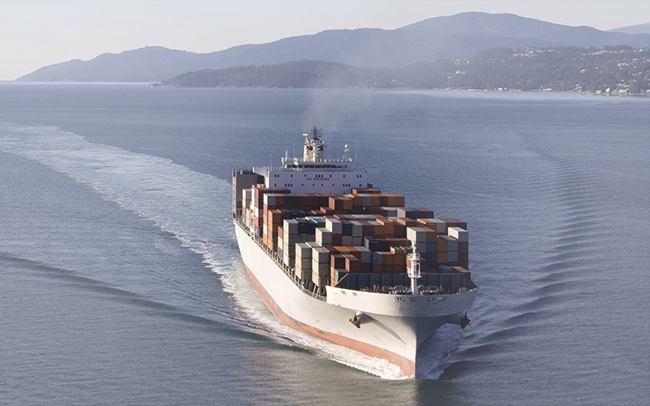 What at first glance seems to be good news for the marine market, in terms of increased premium income, is covering up a serious issue of falling profitability and rising questions around sustainability, as Liz Booth reports

Marine insurers are increasingly being asked questions as the market continues to face challenges around overcapitalisation and as the premiums paid fail to cover both the cost of claims and expenses.

Some 550 delegates at the International Union of Marine Insurance (IUMI) annual conference in Cape Town (the first time the event had ever been held in Africa) heard that a benign claims experience in 2017 has masked IUMI's statistics showing an increasing mismatch between premium income, covered risk and claims costs.

On a global average basis, buffers to cover extraordinary single or accumulation losses are non-existent, they were warned.

Vice-chair of IUMI's facts and figures committee, Astrid Seltmann, said that, while global marine premiums were up by 2%, there is an increasing mismatch between income levels and covered risk.

"Overall premium income reached $28.5bn in 2017, which represents a 2% increase compared with 2016. This upswing is largely attributable to growth in trade plus strengthening of European and other currencies against the US dollar. But it masks the dramatic situation which is unfolding when current premium levels are viewed in relation to covered risks and the impact of claims," she explained.

Chair of the ocean hull committee, Mark Edmondson, was among those highlighting a continuing deterioration of premium income against the more positive picture of an improving risk profile.

The international market has shown signs of improvement during 2018, although continuing volatility and uncertainty in many sectors remained a concern.

He said: "We estimate around $100m of capacity has been removed from the market over the past year due to very low startup activity and the withdrawal of a number of high-profile hull insurers.

"Facilitisation would appear to be under increasing pressure due to worsening performance and heightened regulatory scrutiny. Overall, the deterioration of underwriting results, for what has been a considerable period, has appeared to have triggered a brake in the decline in market conditions."

An enhanced risk profile stemming from better quality tonnage and greater regulatory influence has encouraged a consistent improvement in the frequency of major casualty. However, the ocean hull market is still being buffeted by lower asset values, reduced utilisations, year-on-year erosion of premiums and ever-present volatility, he concluded.

On the cargo side of the business, Sean Dalton, IUMI cargo committee chair, reported that the marine cargo market remained the largest commercial marine line of business in terms of premium income. IUMI's 2017 statistics showed global cargo premiums amounting to $16.1bn. Globally, the cargo line has been unprofitable for several years -- with rising loss ratios and expense ratios -- and this is of great concern to underwriters.

Mr Dalton explained that growth in global merchandise trade was expected to remain strong in 2018 and 2019. While this was positive for cargo marine insurers, continued growth was dependent on various factors, both political and economic, and there were some serious concerns. An increasing number of countries are restricting or restraining international trade and this is creating a protectionist operating environment.

In addition, 2017 was the worst year for natural catastrophe losses in the history of the insurance industry. Hurricanes Harvey, Irma and Maria all caused cargo losses, particularly with an increase in static risk cover.

Mr Dalton summed it up: "The cargo insurance market is starting to firm but it still has a way to go. Many cargo accounts were severely affected by events in 2017; and 2018 looks set to be another very active year.

"Nat cats and large/outlier losses, such as the Tianjin port explosion in 2016, have demonstrated the need for the cargo market to price realistically for such losses and develop risk-adequate premiums."

He raised further concerns: "Containership fires and the increasing occurrence of mis-declared cargoes is a worrying trend. The fire onboard Maersk Honam, which tragically killed five crew members, is the most recent example of this issue and the loss is likely to generate the largest general average claim in history. As vessels continue to grow larger, the accumulation of cargo values coupled with the increasing risk of onboard fires needs to be addressed urgently by all stakeholders."

LICENCES IN THE BALANCE

All this comes at a time when Lloyd's is reviewing the sector and threatening to withdraw the licences of the worst-performing syndicates. As one insurer explained, all marine hull syndicates have had to present their plans for 2019 to Lloyd's and are still waiting to hear whether they will have permission to operate in 2019 through Lloyd's.

He added that there is a feeling that "quite a few" are about to be forced out. For those that survive the cull, he said, there could be a real opportunity to see prices rise to more sustainable levels.

So it is a case of watch this space for a sector that is otherwise banking on low claims for its sustainability.