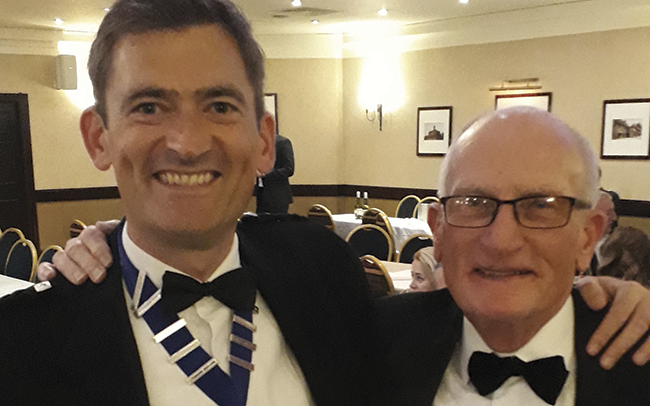 The Insurance Institute of Perth and Dundee recently held an event that discussed the impact of Brexit on local businesses and the profession.

Cabinet secretary for government business and constitutional relations, Michael Russell, commented: "This event hosted by the Insurance Institute of Perth and Dundee is an excellent platform for participants to share their views on what Brexit means and the impact it will have on businesses in Scotland and the UK, as well as on people's lives.

"The Scottish Government has consistently argued that the best future for Scotland and the UK is to remain in the EU, or at the least in the Single Market and Customs Union. But we will do everything we can to protect Scotland's interests in future trade deals in all possible Brexit outcomes."

The event was followed by the Perth and Dundee annual dinner -- the first of the season not only in Scotland but across the UK.

The event was hosted by president Frank McCaffney who had a very special guest in attendance, his father Colin McGaffney, who was personal lines operations manager for General Accident and also president of The Insurance Institute of Perth for 1989/1990.