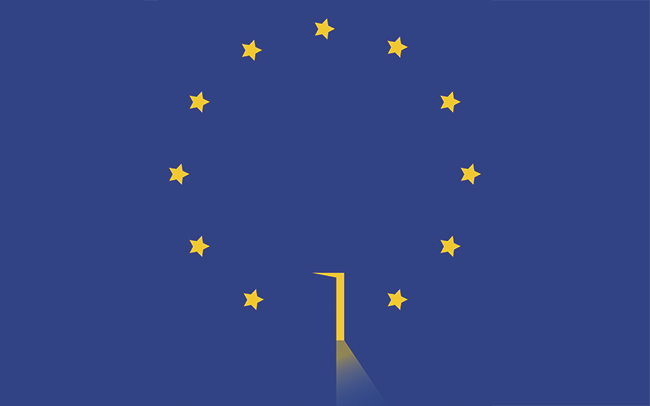 With a no-deal Brexit looking ever more likely, Martin Friel examines the potential risks -- and opportunities -- for the UK insurance market

Brexit is looming, the risk of a 'no-deal' exit increases every day and the nation alongside a continent await the outcome of the protracted negotiations.

The insurance profession is waiting too. A profession that contributes in excess of £40bn to the UK's GDP and provides employment to more than 300,000 people is, like everyone else in the country, awaiting the outcome of negotiations to understand how to act and protect that contribution to the economy.

Of primary concern is the issue around passporting and whether UK firms will be permitted to trade in EU countries following Brexit. The
UK has already confirmed that EU-based companies will continue to be able to passport into the UK, but no such reciprocation for UK firms has been forthcoming.

As Laura High, director of underwriting agency Yutree and chair of the British Insurance Brokers' Assocation's Anglia region, says: "Where there is a lack of solution at this stage is with brokers dealing with clients in the EU on passports. In the event of a no-deal Brexit, brokers will be unable to deal with these clients under their current passports. It is still a wait-and-see situation unfortunately and, until the political position is resolved, we are unable
to see how the business position
will unfold."

Without any firm agreement, many insurers have acted by setting up subsidiaries in other EU countries. Axa XL has received authorisation in principle from the Central Bank of Ireland (CBI) to move it EU insurance company, XL Insurance Company SE (XLICSE), from the UK to Ireland, and while Ireland is a natural choice for many due to its use of English and familiar legal and regulatory environment, Luxembourg is proving to be particularly popular, while Brussels managed to fight off intense competition to persuade Lloyd's to set up its subsidiary in the city.

Although these moves will help create a level of continuity following Brexit, will this migration result in a waning of London's influence on the global insurance market?

"I can't see Brussels becoming the Lloyd's hub in the short to medium term, as Brussels doesn't have the access to capital on its doorstep
that London enjoys," says Darren Wray, CEO of consultancy firm Fifth Step and author of The Brexit Readiness Guide.

However, he does believe that the risk of a brain drain on the UK's insurance industry is a real one, just not in the immediate term. "There are a lot of foreign organisations out there who want to take people, experience and business from the UK at the moment. There will be some brain drain -- that is inevitable.

"But I doubt the UK will lose its position as the capital of insurance, but maybe by 2050 it could have done as geography could be less of a concern in writing insurance," he says.

Preventing a brain drain of both homegrown talent and EU nationals has implications beyond the immediate withdrawal from the EU. The UK holds a leading position in fintech and insurtech, with more than 80,000 computer programmers working in London alone.

A recent report from Kennedys warns that, because much of the UK's growth in insurtech has been secured by its ability to attract the best talent from across the EU, any restriction on this freedom of movement will have "a negative impact on the quality of the UK's tech workforce, as well as the insurance sector's ability to develop homegrown innovation".

It concludes that such restriction seems likely as the UK government has committed to reducing net migration to the tens of thousands, adding ominously: "Closing the door to an international talent pool could put the UK's position as a global leader in innovation at risk."

&bullet; Generates 26% of the City of London's total income
&bullet; More than $90bn of business revenues via 350-plus firms
&bullet; £12bn paid in taxes to the UK Government

But enough of the bad news. Where is the good news coming out of Brexit? Well that is one of the problems that Mr Wray believes is afflicting UK insurance -- its leaders are not looking at the opportunities.

"I wrote The Brexit Readiness Guide out of frustration at what is going on and lack of support from the institutions that you'd expect to be doing something," he explains.

"If you believe the Leave campaign, there are going to be countries outside the EU looking to do business with the UK, but I don't see too much interest in pursuing those opportunities yet."

Perhaps, like everything else with Brexit, it is just too early for organisations or even individuals to act on what are essentially assumptions. And although the UK industry is taking some concrete steps to attempt to secure an uncertain future, at the moment, there is not much more than risk for the industry to focus on.