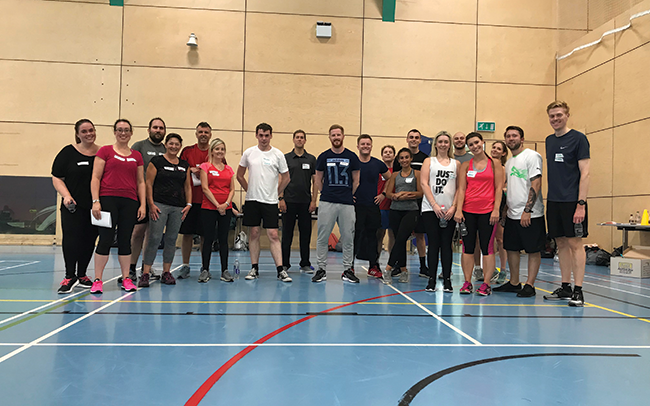 The Insurance Institute of Liverpool (IIL) Games 2018 has held its second event, which was a school-style sports day at Liverpool University. Five teams took part including the IIL, Quilter Cheviot, Barnett Waddingham, Weightmans and Pavis. It proved to be a very competitive evening, with Quilter Cheviot being the champions on the night despite being a person short.

Although it was competitive, a lot of fun was had at the same time, and we are pleased to confirm that not one person dropped the egg in the egg-and-spoon race!

"Flippin' loved it!! Was on such a high afterwards. It was so much fun, enjoyed meeting people from other firms, looking at sports and physical activity in a new and fun way. Trying activities like visually impaired cricket and Ultimate Frisbee, which I haven't played before, was loads of fun," said Bethany Lavin.

Julie Calvert added: "It was a great event, well organised, team building and a lot of fun. With two hours of quite intense exercise, it certainly wasn't easy and my hamstrings are sore today, possibly from the speed walking! I especially enjoyed the Ultimate Frisbee and am going to treat myself to one so I can improve my skills!"

As well as each team competing against each other, awards were also made for the 'Spirit of the Games', picked by the event organisers, which were awarded to Jenny Byfield of Weightmans, Dan Vaughan-Hardy of Quilter Cheviot, and Julie Calvert representing the IIL.

After an intense couple of hours, the competition finished. In last place was the IIL, although the team were still pleased with being the first-place finishers in the three-legged race! Fourth place went to Pavis, third was Weightmans, second Barnett Waddingham and in first place was Quilter Cheviot.