Time waits for no woman 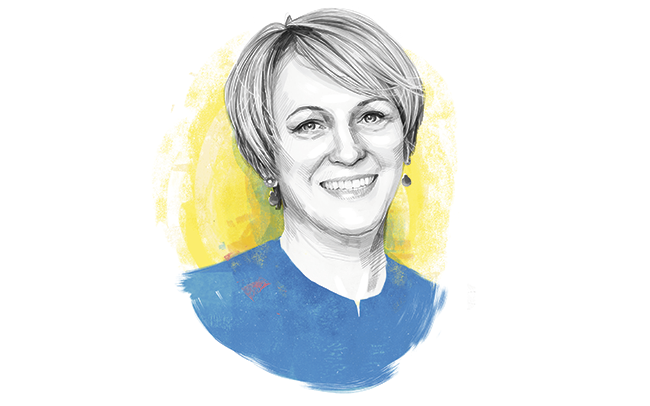 History is a funny thing. Someone came to see me in my office the other day to drop in some Lloyd's memorabilia their father had had in a drawer for years.

Included was a wonderful colour brochure celebrating the silver jubilee of Queen Elizabeth II. Flicking through it, I noticed, amid some resplendent pictures of the young Queen, a section titled: "Britain and the EEC."

I quote: "-¦on July 31 1961, Harold Macmillan announced that Britain had decided to make a formal application to join the EEC-¦on January 13 1963 General de Gaulle, President of France, made it clear his opposition to Britain's entry and shortly negotiations were abruptly broken off at the French request-¦".

How times change! But sometimes they do not change fast enough.

Last month was a real highlight of my time as president of the CII, as I got to host the annual President's Dinner in the Lloyd's building. One of the points I made in my pre-dinner speech -- as we stood there surrounded by Lloyd's history in the room where thousands of insurance policies are brokered every day -- was that it has taken far too long for women to gain a foothold in the Lloyd's market.

It was in 1972 that Lloyd's first changed its constitution to allow women to trade in the market, a move that meant Lillian Archibald could lay claim to being the first female broker at Lloyd's. As the story goes, on leaving for home after her first day, she remarked acerbically: "Well, the roof is still on!"

However, it was not until 1996 that the first woman -- Mel Goddard -- was appointed as an active underwriter (the most senior) -- in the Lloyd's market.

It took a further 20 years before Lloyd's appointed me as its first female CEO.

As I said, not fast enough.

But as Martin Luther King once stated: "Human progress is neither automatic nor inevitable-¦ Every step toward the goal of justice requires sacrifice, suffering and struggle; the tireless exertions and passionate concern of dedicated individuals."

This brings me to the second point I made in my speech, and that was to praise the hard work of the CII and its members in making change happen. I've really enjoyed travelling the country, meeting you all and seeing first-hand the great work you are doing to develop our sector in the way we know we need to.

One of the most pleasurable duties of a CII president is to confer the President's Award, which recognises this hard work, in particular a member's significant contribution to the CII as a whole and its local institutes. In other terms, it might be described as a Lifetime Achievement Award.
If you haven't heard, the winner was Robert Weald, and his dedication to the CII for almost 30 years is an inspiration to us all. Congratulations Robert. Positive change requires this level of commitment -- and change we must if we are to remain relevant as a sector and thrive in the future.

We must learn from history how we can effect change faster, and not let it slow us down.