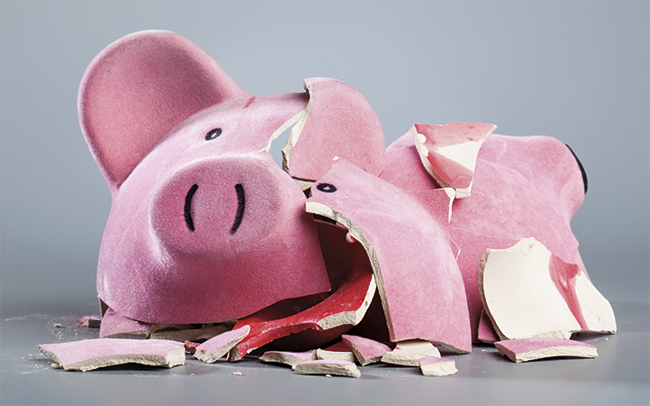 Insurers must keep pace with changing trends among the population if they are to serve the needs of their clients, as we report

The rise of Uber, AirBnB and others have created a new look workforce, which is already challenging many of the norms in terms of workers' rights.

The rise of Uber, AirBnB and others have created a new look workforce, which is already challenging many of the norms in terms of workers' rights.However, it also has implications for insurance companies as this swathe of self-employed workers grows exponentially.

Will these new business owners think of insurance? It seems not yet. A new survey from Zurich UK reveals just 2% of gig workers have access to financial protection via their gig company -- and that includes life insurance, income protection and critical illness insurance -- potentially leaving thousands without protection.

As part of Zurich UK's Restless Worklife report, UK-wide analysis found the vast majority of gig workers would have to rely entirely on their own financial backup should they become unable to work through illness or injury. Looking at employee benefits in the broadest terms, more than half (53%) do not receive any benefits from their gig company.

Considering how people would protect themselves should they lose their regular income for three months or more, almost a third (29%) said they would rely on state benefits, while 16% would feel compelled to sell personal possessions to make ends meet. The 'bank of mum and dad' would be the option for 19%.

Respondents were asked to imagine they could have access to benefits for a 5% deduction in their minimum wage income. The results showed a clear desire for protection: 28% said they would agree to this if they could access sick pay, 14% for income protection, 12% for critical illness and 8% for life insurance. Even on basic pay, hypothetically speaking, people show a clear desire to give up a portion of their income if they are financially protected.

Earlier this year, a government-commissioned review of employment practices led by Matthew Taylor, recommended a new status for gig workers as 'dependent contractors', requiring gig companies to treat those who worked for them as employees -- allowing them access to the same workplace benefits.

The changing pattern has an impact beyond the worker themselves, however, something insurers should be factoring into any risk assessments.

Research from the 2017 Britain's Healthiest Workplace survey (BHW), a study of almost 32,000 workers across all UK industries, has revealed that employees lose, on average, the equivalent of 30.4 days of productive time each year as they take time off sick and underperform in the office as a result of ill health (otherwise known as presenteeism).

This is equivalent to each worker losing six working weeks of productive time annually.

The combined economic impact of this ill health-related absence and presenteeism is £77.5bn a year for the UK economy. Worryingly, employee work impairment and the associated productivity loss appears to be on a worsening trend, up from 27.5 days and £73bn respectively in 2016.

Chris Bailey, a partner at Mercer Marsh Benefits, says: "Some employers still doubt the impact of presenteeism, dismiss the data and fail to take action.

"It is not a case of having a presenteeism problem or not. All organisations will see a reduction in how productive their people are when they are experiencing physical or mental health issues.

"The data shows that those organisations who understand this and take steps to maximise their employees' productive time at work, for example through supporting an active workforce, promoting good nutrition and enabling positive mental health, enjoy a competitive advantage."

Another major change in lifestyle is the growing trend toward cohabiting families, again with worrying trends for insurers.A Zurich survey has found:

Zurich said that, as cohabiting families do not yet enjoy the same legal rights as married couples, this is leaving thousands of families at risk should the worst happen and their partner dies.

It seems insurers need to start thinking outside the box if they are to serve the needs of the 21st century client.

Recommendations from Zurich to reduce the risk of a gig economy long-term savings and protection crisis: