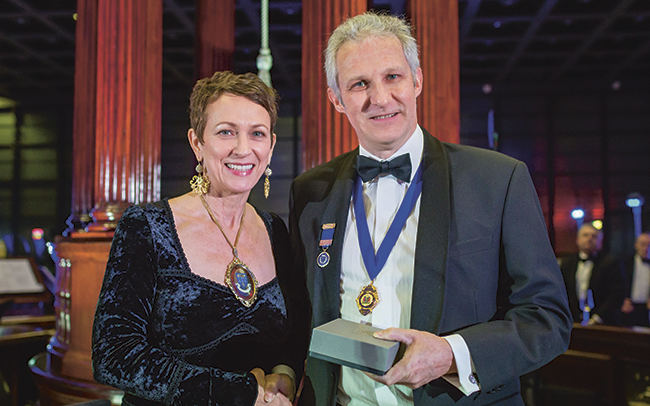 Robert Weald was given the President's Award at the recent CII President's Dinner, held at Lloyd's of London in March.

The President's Award recognises a member's significant contribution to the CII as a whole and its local institutes.

Presenting the award, CII president, Dame Inga Beale, said: "All who know him and the work he has done both centrally and locally, describe him as competent, insightful, knowledgeable and selfless.

"Quite simply, the institute and local institutes are built around those who give their time for free and go the extra mile for the benefit of everyone else."