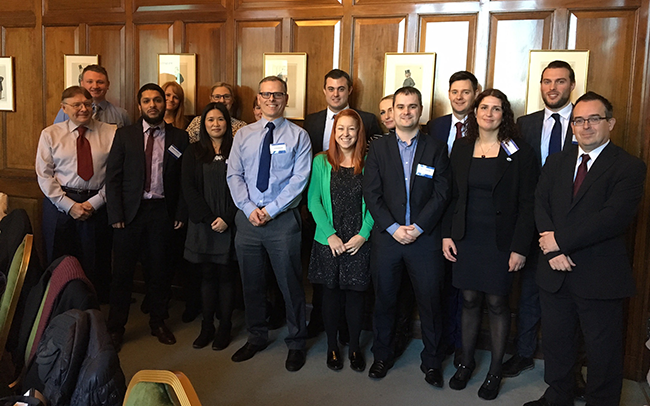 At the beginning of 2017, the Insurance Institute of Manchester (IIM) launched its flagship 'Fast Track ACII Programme' to a select group of students.

Less than a year on, three ACII modules have been completed and those involved are looking forward to a well-earned break over Christmas.

This programme was launched in response to feedback from IIM members about what they wanted from their local institute. Many students undertaking their insurance exams passed their Certificate & Diploma qualifications easily enough, but found the ACII subjects much harder and often received limited support from their employer. They were looking to their local institute for support and often this was not provided or was too general to be of use.

The IIM wanted to offer a solution and designed a programme that would provide students with a structured programme of learning, taking them through five core subjects needed to pass the qualification, but also offering additional mentoring and support. The end goal being that at the end of the two-year programme, 14 students would have achieved their ACII.

At the end of the first year, the Manchester institute could not be happier or prouder of what the group has achieved. The group quickly bonded despite different ages, backgrounds and experiences -- with a diverse mix of backgrounds and job roles meaning the group members are also learning from one another.