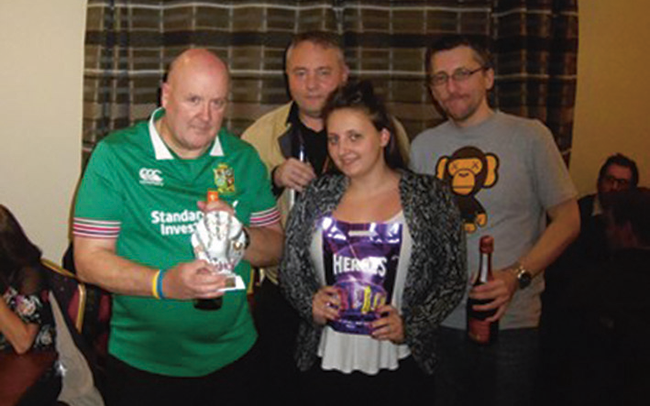 It looked like being a very close contest with only two points separating the top eight teams after the first round.

The teams this year were competing for the Martyn Foulds Memorial Trophy. The trophy was kindly donated by Ian Walker of the Bradford Institute, in memory of our sadly missed friend and past President Martyn Foulds, who died suddenly at the end of last year.

A raffle was held during the break for a pie and pea supper, which raised £100 for the Insurance Charities.