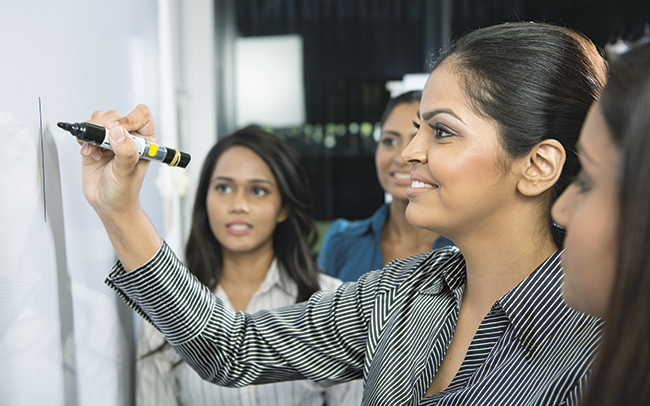 A new report has revealed trends in terms of female representation across Indian companies. The report, Corporate India: Women On Boards, while limited to Nifty 500 companies, reflected on evolving diversity and showed that despite some significant ongoing leadership breakthroughs and growing roles for women at all levels of management, there is more to be done to bridge the gap between professional men and women in India.

A mandate from the Companies Act 2013 stated that every listed Indian company ought to have at least one women on its board. A recently released report, Women on Boards, also reflected that in the last five years the number of women director's in the Nifty 500 companies has gone up from 8% to 13% and that regulators are keen to continue to increase this further.

To read a blog on the subject, visit:
www.cii.co.uk/knowledge/blogs