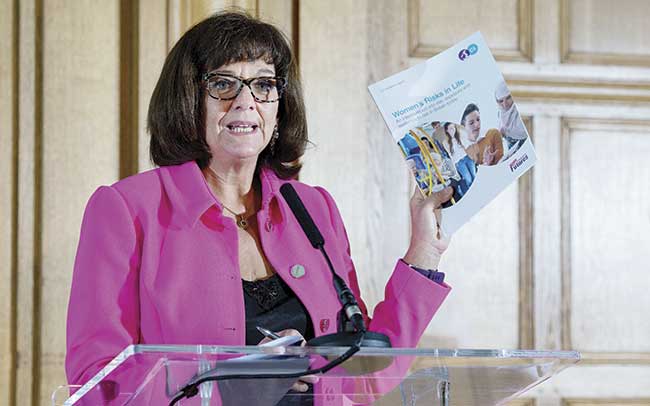 The report, titled An interim report into risk, exposure and resilience in Britain today, states women have less financial resilience to bounce back from financial shocks and are more likely to be trapped in poverty in later life.

Some key findings from the report include:

Sian Fisher, CEO of the CII and chair of the IWF committee, said: "Women today are left disproportionately exposed to risks that society is not overtly recognising. This is at the same time as historic support systems are receding. We are moving from a dependence culture to one of independence, where we will have to be less reliant on our partners, families, communities and the state. We must take charge of our own financial welfare. Yet today's women are simply unprepared for the risks that they will face in life.

"This is not just a 'women's issue', it is a wider risk for society because if we don't address it now, we will face a huge burden of care that we will not be able to sustain."

The report can be downloaded at: www.cii.co.uk/risksinlife