Still a long road ahead for driverless cars 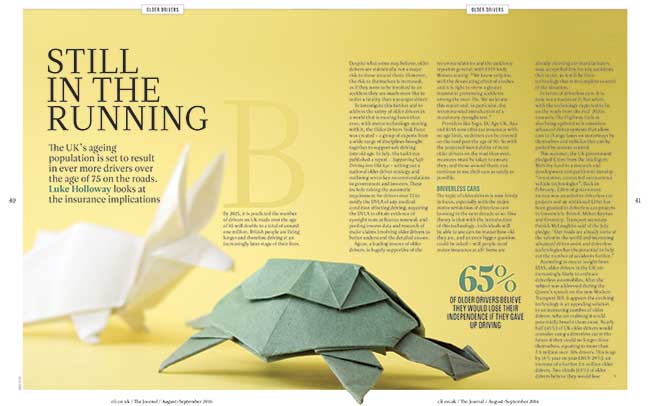 Coincidentally, with you publishing my letter in the August/September issue, you also published an article regarding older drivers, which touched on driverless cars as well.

An interesting article but I thought the conclusion was not backed up by the evidence and, in my view, tended towards my assertion that driverless cars may not be as popular as current media would have you believe.

And only consider, not definitely use or buy. Surely, there are going to be all sorts of considerations affecting whether older drivers invest in driverless cars, not least being cost. Most new technology that comes on the market initially is quite expensive; some of us will remember the cost of laptops -- my first cost more than £1,000. And if the pension crisis continues, will this and succeeding waves of retirees have the disposable income to buy into this technology unless it becomes considerably cheaper, is government subsidised or mitigated by communal initiatives, such as car clubs?

I also puzzled over the comment asking whether people will need motor insurance at all, given that "car manufacturers may accept liability for any accidents that occur, as it will be their technology that is in complete control of the situation". If the only traffic on the roads were driverless cars, that might be true, but these vehicles will enter a mixed traffic situation. Take the standard traffic accident: the driverless car will be run into the back of at a junction, by a human-controlled vehicle. Unless the driverless car can react without damaging other traffic, such as levitation, the responsible driver will presumably still be at fault. it would be extremely magnanimous for the manufacturer of the driverless car to pay the cost of the damage without attempting recovery.

Driverless cars may be a boon to an ageing population who are physically unable to drive but, in my opinion, there appear to be many factors mitigating a major penetration into this market.