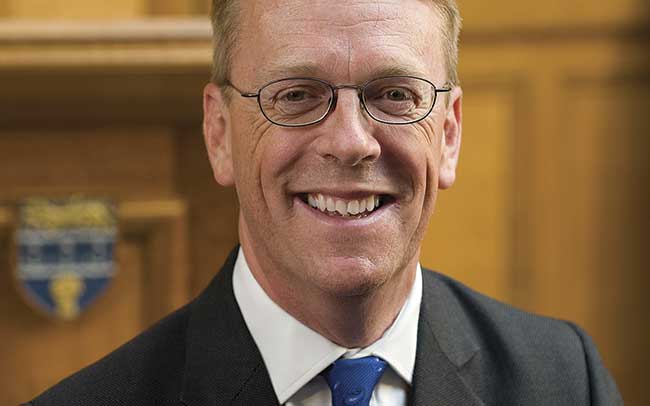 After six years as the Honorary Treasurer of the Insurance Institute of London Jonathan Clark ACII is stepping down and has now been presented with the President's Award 2016 for making "an outstanding contribution to our workings and / or enhanced the Institute's image in the market and beyond."

Between 2003 and 2007 Mr Clark was the Honorary Treasurer of the CII -- a challenging role in a period of great change at the CII yet undertaken with diligence despite difficult circumstances.

In 2004 Mr Clark became the chairman of the CII's Faculty of Claims. A Chartered Insurance Practitioner since 1995, Mr Clark was elected as a vice president of the London Institute in 2004 and awarded a CII Exceptional Service Award in 2008 and the CII President's Award in the same year.

President of the IIL Dominic Christian presented the award, saying: "A Freeman of the City of London and member of the Worshipful Company of Insurers, Jonathan is a past president of the London Business Interruption Association. He has just been elected President of the Chartered Institute of Loss Adjusters.

"Jonathan sets an exemplary standard. As the President of the Insurance Institute of London I am delighted to recognise Jonathan for his contribution to the London Institute, to the CII, to loss adjusting and the wider community."