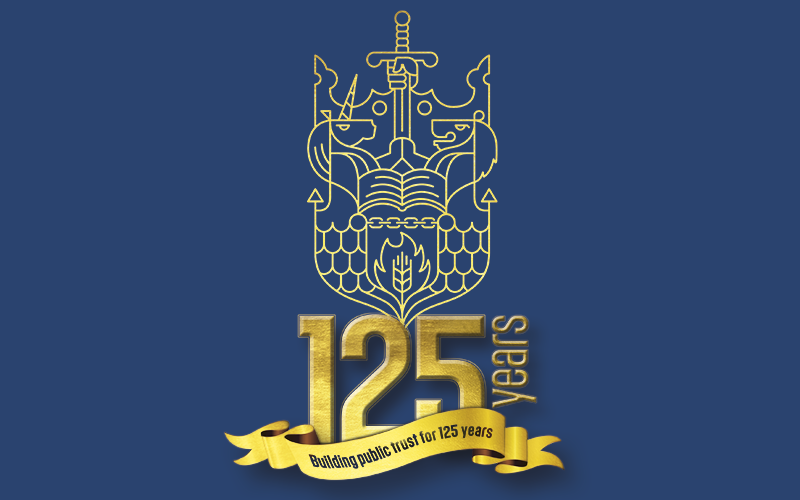 This year marks 125 years since local institutes formed the federation that would later evolve into a professional body worthy of a Royal Charter – the Chartered Insurance Institute (CII).

While the first insurance institute was founded in Manchester in 1873, it was not until 1897 that the 10 local institutes then extant came together to form the federation that would go on to become the CII in 1912, when it received a Royal Charter requiring the professional body “to secure and justify the confidence of the public” in the insurance profession.

A book produced to mark the 60th anniversary of the founding of the federation, written by the CII’s secretary at the time, HAL Cockerill, notes that it was not a novelty for insurance professionals “to meet for the discussion of common problems”. But the previous associations, with the exception of two actuarial bodies, had been concerned almost entirely with commercial problems and “were in no sense professional institutes”.

Professionalism was established, according to Mr Cockerill, as a cornerstone of what went on to become the CII when, on 12 March 1897, the existing insurance institutes – which failed to include Edinburgh and London as these had yet to be established – met at Accountants’ Hall in Manchester.

The assembled 20 delegates heard him say: “The friendly intercourse which our (local institute) meetings secure tends to promote mutual respect between honourable rivals in business and to maintain the ethical standard without which no official regulation of competition can ever be effective.”

The federation’s initial aim was to produce technical papers – akin to the good practice guidance issued via the CII’s societies for insurance and personal finance professionals today – and to establish examinations, but at this stage just for “junior officials”.

Even at the formation gathering, change was already in the air. There, Mr Ostler noted that the legal profession, accountants, architects and the civil service had made the passing of examinations a requirement to operate.

He said: “The demand of the day is for technical education in every branch of skilled industry. Is, then, instruction in insurance business not to advance with the times?”

By April 1899, the executive committee was reporting the successful distribution of 1,500 copies of The Journal and that the first examination dates were fixed for May 1899.

The first examinations were held in just a dozen centres and 567 papers were submitted.

By 1905, further change was in the air, with a committee tasked to form a constitution with the goal of seeking a Royal Charter.

By 1908, the federation had adopted a new constitution and moved from being a federation to become the Insurance Institute of Great Britain and Ireland.

The Insurance Institute’s constitution encouraged “the study of all subjects bearing on every branch of insurance”, as well as the publication of The Journal, formation of a library, plus the offer of prizes for essays and research.

Three years after agreeing to pursue a Royal Charter though, and despite now having a constitution making the organisation worthy of consideration for this title, the restriction of eligibility for membership of some local institutes resulted in problems receiving the Privy Council’s approval.

At this time, individual membership of the institute was through membership of a local institute and there was the power, which was never taken, to confer the rank of Fellow or Associate.

To address the Privy Council’s concerns about membership eligibility, the institute’s executive asked the local institutes to reconsider their rules with a view to the admission of “non-tariff officials” as members.

The councils of eight local institutes declined to do so, resulting in them being asked to convene special meetings of their members. Several institutes remained adamant that they wouldn’t budge on membership criteria – even if it resulted in refusal of a Royal Charter – causing consternation among other local institutes about the cause of any delay to achieving Privy Council approval.

Unity was finally achieved after a lengthy debate at a 1910 meeting, which overcame initial objections to embrace greater inclusion when it came to membership criteria.

In the draft Charter, a provision was incorporated that “it shall not be lawful for the institute to accept an annual contribution from any local institute that shall exclude from membership the officers or employees of any particular class of insurance company.”

As then President FW Pascoe Rutter noted, what the professional body wished to see was that every insurance professional, at every stage of their career, “who has any determination to justify his choice of the profession in which he is engaged should, in the first place, become a qualified expert”.

On this landmark anniversary for the CII and our local institutes, what is telling is that the values that have led us through two world wars and to grow from 38,000 members at the time of celebrating 60 years since the foundation of the federation to 125,000 members today, remain unchanged.

Our vision is that working together as a profession we will drive confidence in the power of professional standards.

Just as Mr Ostler remarked, at the founding of the federation, that insurance professions needed to “advance with the times”, the CII’s current leadership recognises that we have a continuing need to evolve to meet the needs of insurance and personal finance professionals, if we are to deliver insightful leadership, relevant learning and engaged membership in the years to come.

This thinking was behind the launch of the 2021 Shaping the future together consultation in, which encouraged members to share their views on proposals for how the CII will work.

The CII will share the findings of the consultation and how it will help shape the group’s strategy this year.

Reflecting on our heritage and looking forward to the future, today’s CII president, Peter Blanc, looks forward to reviewing the profession’s feedback received via the consultation and using it to shape the future of the professional body’s strategy.

He says: “The CII’s history demonstrates the progress that can be achieved by the coming together of our committed network of volunteers via the local institutes and societies, in order to raise public trust in the profession and support the development of skills, knowledge and sharing of expertise.

“At the 60th anniversary of the founding of the Federation, GK Greening, then president of the CII, described our institution as still having growing pains. I applaud our local institutes for their continued effort and commitment to ensuring we evolve how we deliver the benefits members held dear more than a century ago, to best meet the needs of today’s professionals.

“The Shaping the future together consultation showed the value of coming together in friendly discourse to distil the lessons of the past, share experience of present challenges and develop insight into the future risks faced by the public. Our past shows that our strength as a profession comes from mutual respect between honourable rivals in business, maintaining ethical standards, plus the continued commitment to developing skills and knowledge for the benefit of the society we serve.” 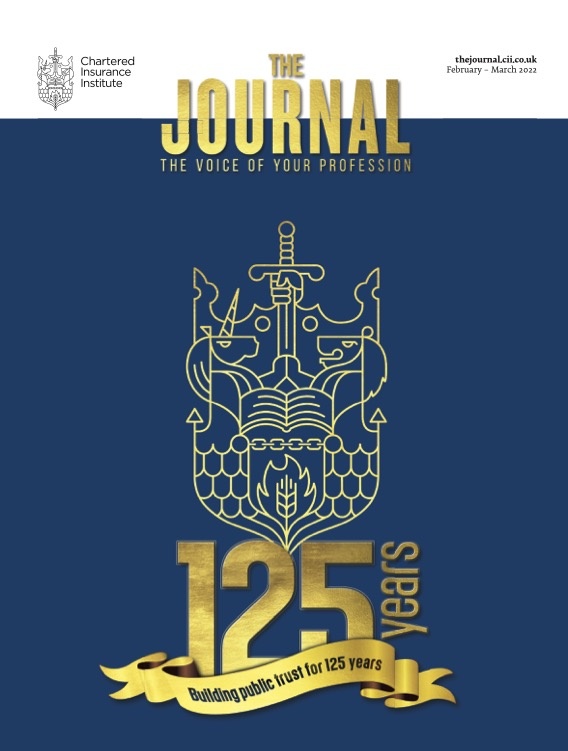 This article appeared in our February/March 2022 issue of The Journal.
Click here to view this issue
Filed in:
Features
Topics:
Professional Standards