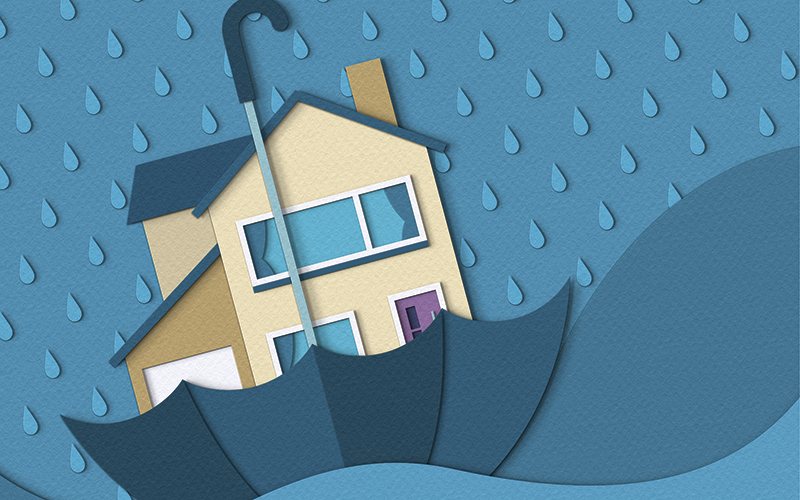 As we build towards the 2021 United Nations Climate Change Conference (COP26) in Glasgow in November, climate change is high on the agenda of governments globally. And this summer’s devastating rainfall across the northern hemisphere has only fuelled concerns that climate change will lead to more such events.

Mr Sharma said the widespread and torrential rain “on our own doorstep” should act as “a sober reminder” that action is needed ahead of the Glasgow summit in November.

The UK saw a month of rainfall in one day in August; and again in September. Homes, roads and underground stations were flooded in the south of England and one hospital had to cancel surgery procedures due to the water affecting its power supply.

But it is not just the UK. Belgium, the Netherlands and Germany also suffered major flood events this summer. More than 210 people died in floods in western Europe, with most of the casualties in Belgium and Germany. The cost of recovery is expected to be billions of euros.

Meanwhile, in parts of central China, tens of thousands of people were forced to leave their homes and officials said the number of deaths caused by the record-breaking floods has risen to at least 33.

Insurers have growing concerns about these extreme weather events, while their insureds are equally concerned that insurers may lose their appetite for certain exposed property risks.

Simon Welton, market head property and casualty, UK and Ireland, at Swiss Re, says: “Unexpected tornadoes and flash floods in the UK, Germany and China, coupled with raging wildfires in the northwest US and Canada, show a world increasingly at risk from extreme weather.

“As urban populations grow and our climate continues to change, we are increasingly putting ourselves at more risk and facing more damage and insurance losses from local weather events such as flooding, thunderstorms, hail and wildfires – known as secondary perils.”

He added: “Unlike hurricanes, earthquakes and other primary perils – which are geographically limited to certain areas – climate-related secondary perils can affect anyone and lead to human tragedy in all parts of the world. As an industry, we must therefore be more active in calling for greater action and understanding, so that we can make weather-related secondary perils as insurable as peak perils like hurricanes. While advocating insurance as a key risk mitigation measure is critical, we must remember that the risk from natural disasters itself is not static but constantly evolving.”

No surprise then that Mr Welton suggests: “All of this highlights a need for government agencies, insurers and insurance associations to work more closely together to raise risk awareness, put in place more comprehensive claims monitoring and share that information with all stakeholders where legally permissible. Re/insurers, meanwhile, can support open-source loss-modelling frameworks for risk assessments closer to emerging local trends.

A cultural shift is needed to better understand the risks from extreme weather and prepare for its impacts. We need collective engagement from government, local authorities, industry and home and business owners to bring about this shift

“By spreading insurable risk across more shoulders, governments and the insurance industry can create more efficiencies and strengthen resilience in the face of a global risk pattern – with reinsurers in particular playing an orchestrating role. The extreme events of the last few weeks and months have shown that the time to act is now.”

Professor Jarzabkowski is concerned that increasing cases of flooding and the damage caused are making it tougher to insure against.

“Flash flooding is very difficult to predict because it relates to changes in the built environment and how excess water affects drainage,” Professor Jarzabkowski says.

“As weather patterns become worse, existing drainage and environmental planning will no longer provide adequate defences against increased rainfall and stronger storms. Areas that have not previously been prone to flooding are increasingly susceptible to severe cases, which could move them from being unexpected random events – which are insurable – to increasingly frequent, severe and expected events, which are much harder to cover.”

With changing patterns putting pressure on improvements to infrastructure, Professor Jarzabkowski also calls on disaster schemes to focus funds on development, as well as closer integration between local and national governments, insurance providers and planning departments to tighten regulations.

“Increased frequency and severity of floods must lead to expansion of initiatives like Flood Re to help ensure affordable insurance as more and more properties become vulnerable. Planning and measures must also include small businesses, whose owners’ livelihoods are equally at risk.

“The bigger picture is considering how protection gap entities can contribute to increasing physical resilience of locations to protect people from flooding.”

The Professor adds: “It is important that enabling people to get flood insurance to pay for recovery isn’t also just disguising the initial problem: these sorts of properties may no longer be adequately resilient in the face of growing threats. We need to use claims data to pinpoint how to improve the built environment for flooding. 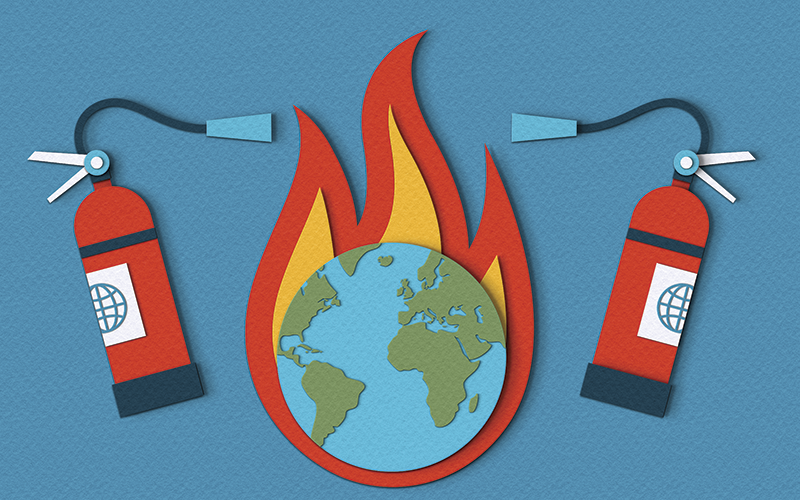 “Ultimately, protection gap entities should be using funds to support flood-resilient infrastructure. At the same time, we need to see tighter integration between local and national governments, and planning procedures and building regulations, to support more resilient architecture that will enable properties to be insured at an affordable price.

“Insurance is one key way of being able to pay for the costs of damage, but to do this we are going to need to keep damage as something that is exceptional rather than something that happens as a matter of course.”

Some solutions are emerging. Sedgwick, for example has entered into a strategic partnership with the Chartered Institution of Water and Environmental Management to help design, develop and deliver accredited Property Flood Resilience (PFR) training on behalf of the UK’s Environment Agency.

The training will be delivered online, virtually and in-person while being tailored towards three specific target audiences with the objective of providing them with knowledge of best practices in the application of the definitive PFR delivery standards – the Code of Practice and Guidance for Property Flood Resilience, published by the Construction Industry Research and Information Association in January 2021.

Ian Gibbs, national technical manager at Sedgwick, says: “The training will be beneficial to both brokers and insurers, as well as to the flood/construction industry, as it will enable all parties to raise standards of PFR. The rising knowledge levels in the Environment Agency and among local flood authorities is an additional strand to the training.”

But British insurer Aviva says more needs to be done and has added its voice to calls for urgent action from policymakers, developers and insurers to protect homes and businesses from the impact of climate change, saying most were ill prepared to handle extreme weather.

Adam Winslow, chief executive of Aviva UK and Ireland general insurance, suggests: “A cultural shift is needed to better understand the risks from extreme weather and prepare for its impacts. We need collective engagement from government, local authorities, industry and home and business owners to bring about this shift.”

This article appeared in our October/November 2021 issue of The Journal.
Click here to view this issue
Filed in:
Features
Topics:
Climate Change
Flooding
RISK