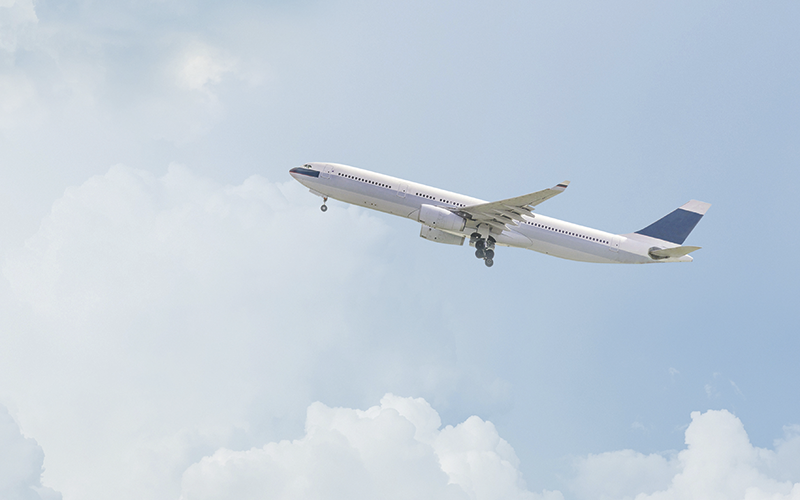 Arecently published FCII dissertation looked at the future of the aviation industry and whether the need for pilots will be part of it. Pilots are highly trained, but they are also people; they may be tired, busy or stressed. Any failure to pay sufficient attention or be properly prepared could lead to catastrophic consequences. Would aviation be safer and a more profitable class of business if human pilots were no longer needed?

Pre-pandemic, approximately 34 million commercial aircraft took to the skies, flying an estimated four billion passengers and millions of tons of freight to their destinations. Despite an increase in scheduled departures, the International Civil Aviation Organization 2017 safety report showed a decrease in the number of accidents in member states, with 2017 the “safest year ever for commercial aviation”, according to the Aviation Safety Network.

Aviation is an ever-changing industry that is often affected by external factors, including terrorism, weather events or market forces. The Covid-19 pandemic caused a huge impact on aviation, with a 66% decrease of global passenger traffic in 2020. While flights are gradually increasing this year, there are ongoing issues around staffing due to the ‘pingdemic’, as well as ongoing supply chain concerns.

Commercial pilots traditionally came from the military, which had borne the cost of their flight training, providing airlines with well-qualified, disciplined personnel requiring minimal additional training. However, due to defence cuts, there are now fewer military pilots and those pilots fly less hours than before. This has resulted in most entrants graduating from training schools, where they have self-funded their course. Training can cost about £60,000, with no guaranteed job at the end, meaning the entry pool is quite small. However, salaries are still very competitive, with experienced captains earning up to £140,000 per year. A sixth of European pilots are now self-employed, with an increasing trend for low-cost carriers’ zero-hours contracts, in which pilots are placed on standby and only paid when they are called to fly.

The British Airline Pilots Association has raised concerns regarding the rosters imposed on pilots, which are leaving them suffering “burnout”. Additionally, many non-terrorist-related accidents can be attributed to human error or pilots disobeying air traffic control orders. The outbreak of Covid-19 has caused additional issues, with staff having to isolate for set periods of time if they, or anyone they have been in contact with, has a positive test result. Could a fully automated, computer-controlled aircraft without expensive, fallible human pilots be a safer way to proceed?

Aviation is an ever-changing industry that is often affected by external factors, including terrorism, weather events or market forces. Covid-19 caused a huge impact on aviation, with a 66% decrease of global passenger traffic in 2020

The role of AI

Artificial intelligence (AI) uses computers to simulate human intelligence. The computer analyses large amounts of data, identifying patterns that it learns to interpret in time, enabling it to apply that learning to new situations. Unlike a human, it does not forget, or get distracted, sick or bored. The initial beliefs are that the co-pilot’s position would be replaced by a computer to assist the captain in identifying errors and patterns. However, even this step would require extensive reworking of the aircraft cockpit because, in current designs, one pilot cannot see all displays or reach all buttons. Nevertheless, aircraft crew have already been reduced; advances in technology have led to the lack of requirement for a flight engineer, as warnings now show on aircraft panels and can be corrected by a computer. However, by removing pilots, are costs and liabilities merely being transferred to software engineers? The cost of crew has previously been discussed, but the new systems for automated aircraft require construction and maintenance. The product liability implications are also a substantial consideration; who is at fault if the aircraft control system fails? Would airlines be able to subrogate against aircraft manufacturers for faults? If so, this would require new product liability cover requirements. The aviation insurance world is agile and willing to accept new risks but pilotless aircraft would still pose a challenge, with no previous data on which to base premium ratings.

For underwriters, rating this technology would be complex and require extensive operational and security details to be provided, including what cyber protection is in place. This would initially raise premiums. However, the adoption of technology into the manufacturing industry has proven to have safety and reliability benefits.

While programme engineers are still capable of making mistakes, possible crises can be considered, tested and double-checked in advance. Despite inevitable anomalies, advancements in AI will allow computers to learn and apply previous experience to new situations. There will be challenges in adoption by users, but as adoption increases the technology will become more visible. Plus, with an expected improvement in safety records, more sceptical users could be convinced.

This article appeared in our October/November 2021 issue of The Journal.
Click here to view this issue
Filed in:
Features
Topics:
RISK
Technology