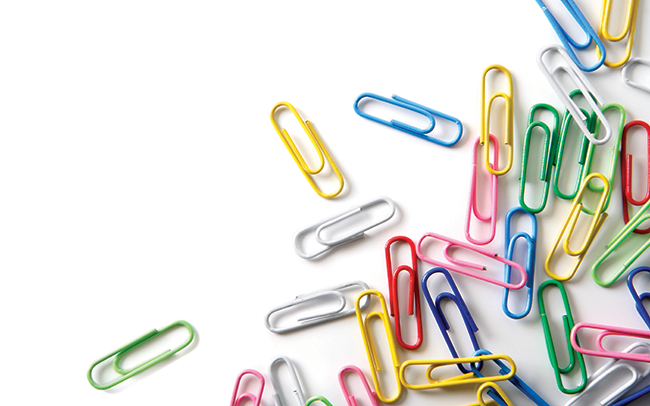 Insurance companies are recapitalising and ready to woo shareholders, but who will win the day? Simoney Kyriakou reports

Breaking news reports only paint part of the picture, focusing as they do on one specific element at one particular time. If one were to read all the news stories about insurers during the past year, the picture would look bleak.

Insurers and the reinsurers who underwrite most policies face claims for cancelled travel plans, Covid-19-related sickness, key person cover and, thanks to legal intervention from the Financial Conduct Authority (FCA), for business interruption (BI) where terms and conditions could be interpreted to include pandemics.

The UK alone could see insurersface a collective £1bn bill just for BI insurance alone, which is why the Association of British Insurers (ABI) has called for the sector to be subsidised. In a statement, the ABI says: “For this type of cover to be available and affordable [it] would require a significant subsidy from the government, given the scale of business disruption we have seen with the Covid-19 pandemic.”

Even without a pandemic, the ABI argues that insurers pay £22m of claims for BI each day in the UK and, with the test case in September going in the FCA’s favour, this figure will increase exponentially.

So why did share prices of insurance companies go up following the news? A short stab downwards on 16 September was followed by increases. Munich Re is still creeping up, almost to its year high of €284.2 (£260.3) a share despite having fallen to €141.1 (£129.2) at nadir when global stock markets collapsed in March.

Swiss company Zurich is 65.9 basis points up from its March lows and hardly wobbled following the news that the FCA won its test case, while FTSE-listed Aviva rose sharply after the FCA’s victory, up to 150bps shortly after trading opened on 17 September.

This phenomenon cannot be attributed merely to British companies – and European insurers operating in the UK – feeling relief that the FCA’s test case is over and costs can now be better quantified.

One only has to look at Warren Buffett’s US giant Berkshire Hathaway, up 20.62% during the past three months to 21 September, or the fact AIA has shaken off its Covid-19 blues to almost hit its 52-week high of 87.000, to understand this share price surge is global.

Even without a pandemic, the ABI argues that insurers pay £22m of claims for BI each day in the UK and, with the test case in September going in the FCA’s favour, this figure will increase exponentially

What has caused this spike? Some commentators have claimed a period of dividend cuts during the pandemic has allowed insurers to reinvest in the business, giving them a bigger war chest to start putting to work as the pandemic passes and claims are paid out. But there is another theory making the rounds.

Although insurers face a Covid-19 claims tsunami, some predict these costs could be passed onto the end consumer through higher premiums. Indeed, an article in the Financial Times suggests premium hikes on new policies could become a cash cow for insurers and this has attracted shareholders.

The article states: “The wave of claims from the pandemic will not overwhelm insurance companies but will allow them to justify hefty price rises for new policies. It is the pitch insurers have been making this summer to pension funds, private equity houses and sovereign wealth funds as they seek funds to back new business.”

This may be the case for some companies, especially in the US where there is no NHS to cover the costs of healthcare, or in Asia where the sheer volume of business could see incremental increases added to policies without a discernible hit to the individual, but will UK and European insurers pass the cost of Covid-19 onto the end consumer?

John Crook-Davies, co-founder of life and health insurance consultancy Tabei, comments that firms might do this as a last resort, but says this would indicate a much harsher environment for insurers than appears to be the case.

He explains: “Increased insurance claims do not automatically result in higher premiums for customers. There are lots of moving parts, including reinsurance and customer expectations, but usually an increase in claims must either affect the competitive landscape, which results from a reduction in the amount of capital or restricted capacity, or the market's view on future claims.

“The latter is rarely good news for insurers as it probably means lower margins as they seek to remain competitive, while covering future higher claims costs by increasing premiums.”

So, does the market believe future claims will so besiege insurance firms that they have no choice but to increase premiums?

Kevin Carr, chief executive of Protection Review, does not believe the consumer will line the shareholders’ pockets with gold: “Insurers have to write business to become profitable and they do
not make profits if they cannot write business.”

While some may have ‘naturally’ become more cautious as a result of Covid-19, he explains consumers would simply vote with their money and avoid higher-priced premiums in the future.

Nor does he believe there will be a global, discernible hike in premium prices, largely because most protection business is passed onto reinsurers and, with the pooling of global risk, even a significant increase in claims would likely be a ‘drop in the ocean’ through time.

Professional investors in the UK favour insurers and reinsurers not because more costly premiums mean greater profits, but because of their diverse business models.

For example, Alex Wright, portfolio manager of Fidelity Special Situations and Fidelity Special Values, has been investing in insurers for many years and these are his funds’ largest sector overweight.

Legal & General, Aviva and Phoenix feature prominently among the key holdings, largely because of the pension business, not because of any predicted earnings growth across the general insurance and life business.

He explains: “The sector offers an attractive combination of cheap valuations, strong demand/supply fundamentals, growing earnings, strong balance sheets and good downside protection. The cyclicality of these businesses is lower than it was and their solvency is significantly better than during the financial crisis.

“The market for bulk-purchase annuities by defined benefit pension schemes has been growing strongly as corporates look to de-risk and pass on their scheme liabilities and, given the relatively concentrated nature of the industry, margins have been increasing across the board.”

For Mr Wright, the fact many insurers, such as Legal & General, are keen to invest in the kind of mixed-use redevelopment/regeneration schemes that the government is focusing on, also presents an attractive, long-term reason for investment.

Paul McCreadie, a partner at private equity firm ECI partners, thinks future winners will not be those seeking to recoup Covid-19 claims costs from consumers but those that are focused on customer service.

He says: “In the Covid-19 climate, a surge of claims has forced businesses and consumers to engage more in the insurance process and assess whether the level or service they are receiving meets their expectations.”

He cites smaller companies, such as Clear Insurance Management, which is rated ‘excellent’ on Trustpilot, as an example of those where service levels will draw in clients and this, from an investor’s point of view, will “become more important in the wake of the current crisis”.

For him, a more empowered consumer is a more enlightened one and if insurers believe they can win by shuffling Covid-19 claims costs onto new policies or renewals, they have another thing coming.

Mr McCreadie adds: “The insurance companies that will win in the future will be the ones that can deliver excellent customer service alongside value for money.”

Simoney Kyriakou is editor of the FT’s Financial Adviser newspaper