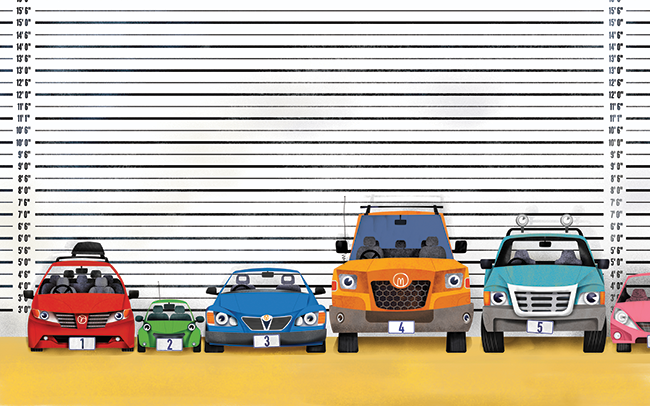 As the UK has been dealing with the effects of the Covid-19 pandemic, the motor insurance sector has witnessed huge ongoing shifts in both customer behaviour and product demand.

During Q2, at the start of the UK lockdown, the number of motor claims fell significantly according to figures from the Association of British Insurers (ABI) – though the average claim value reached a record high.

New motor claims fell by 48% compared with the previous quarter, with the decrease largely reflecting the lockdown period when far fewer vehicle journeys were made. However, the value of the average claim paid went up by 27% on the previous quarter – the largest quarter-to-quarter increase on record – while the value of both the average theft and accidental damage claim increased by 14%.

Laura Hughes, manager of general insurance at the ABI, says: “Lockdown naturally led to far fewer vehicles on the roads, which is reflected in the fall in the number of motor claims. With the average price of motor insurance currently at a four-year low, insurers have been passing on cost savings to their customers.

“However, cost pressures remain, such as rising vehicle repair costs, reflecting ever more complex vehicle technology, and increased vehicle theft. With personal injury costs also continuing to increase, it is important that the whiplash reforms scheduled to be implemented in April 2021 are not delayed further,” says Ms Hughes.

As the restrictions around the Covid-19 pandemic ease, there are concerns that dangerous driving habits formed on the quieter roads will continue. A survey of more than 2,000 UK motorists, carried out by motoring solicitor specialists Kenway Miller, has found that 55% of UK drivers admit to speeding
during lockdown.

When taking such journeys, 54% of motorists admit to not always reading road signs properly or taking notice of speed limits, while 47% reveal that they were unsure what a number of road signs actually mean.

Matthew Miller, managing director at Kenway Miller, says: “It is important motorists do not become careless while driving on unknown roads.

“New places can often have road signs and/or systems you are not used to, meaning accidents happen more easily. And while GPS is great, many people are too reliant on satnavs telling them the right way to go, often disregarding their own common sense.”

This year has also seen an increase in fraudulent claims, which were up 6% compared to data from 2018, despite total payouts falling in number.

Analysis from the ABI found that 75% of fake motor claims so far in 2020 have contained a personal injury element. Individuals are said to be targeting personal injury claims ahead of major new legislation changes coming into effect next year.

Mark Allen, the ABI’s manager of fraud and financial crime, warns that genuine customers will end up “footing the bill” for illegal activities.

Despite the average price paid for comprehensive motor insurance in the UK being currently at a four-year low, Mr Allen says customers will pay “through their insurance premiums” and should remain “on their guard” to prevent being unfairly caught up in illegal activity.

Mr Allen says: “Insurers will not hesitate to ensure that fraudsters seeking to profit at the misery and expense of others will suffer severe and long-lasting consequences.

“Insurers know that the coronavirus crisis has led to financial hardship for some and scammers are preying on people’s anxieties.

“Now, it is especially important for consumers to be on their guard, for scams like being approached by someone offering cheap motor insurance,” he concludes.

Looking ahead, long-term changes in work patterns will also alter driving habits, while uncertainty around government guidelines is also having an effect, with people in the UK being encouraged to get back to the office one week, then shortly after seeing renewed social restrictions and even the introduction of local lockdowns.

“Although behaviours have changed, including many more people working regularly from home, traffic and driver mileage has increased as national lockdown measures have eased,” a spokesperson from Direct Line tells us. “The impacts of local lockdowns are increasingly uncertain, but driver behaviour and road use has changed.

“Some people are driving less than before while others are driving more, preferring to travel to their UK holiday destination rather than abroad and many have opted to drive when they would have previously used public transport.

“It is too early to know which of these behavioural changes are temporary versus which ones will be sustained, but we will continue to track driving trends closely and look at ways to best serve our customers’ needs.”

Luke Holloway is editor of The Journal