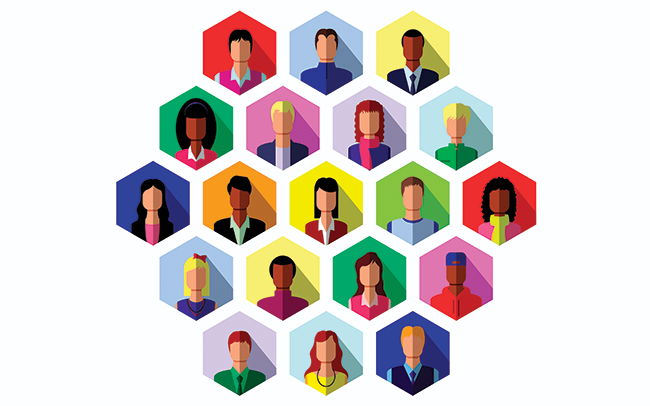 Early examinations of the impact of the Covid-19 pandemic quickly turned into discussions about the various forms of inequality that exist in our society.

The Black Lives Matters protests, concerns that school shutdowns deepened the socioeconomic divide in educational attainment, plus additional childcare and housework responsibility falling more on the shoulders of mothers than fathers, has renewed focus on what can be done to tackle inequalities that existed prior to Covid-19 but had further light shone on them by the pandemic.

It is vital that awareness of inequality becomes impactful action to address this issue. As the Confederation of British Industry (CBI) points out, tackling structural disparity -- and increasing diversity and inclusion -- in the UK is fundamental in enabling economic growth to benefit all in society.

The CBI points out that companies in the top 25% for the gender diversity of their executive team are 21% more likely to experience above-average profitability than those in the bottom 25%.

For ethnic diversity, the CBI reports top-quartile companies are 33% more likely to outperform on profitability.

So, what has the insurance profession done in recent years to end inequality and what more needs to be done to increase diversity and inclusion?

Back in February 2018, an Association of British Insurers (ABI) survey of member firms revealed the scale of the diversity and inclusion challenge for the profession.

Although there was a gender balance across the whole profession, four out of five executive and board roles were held by men and only 16% of employees came from black, Asian and ethnic minority (BAME) backgrounds.

Following the ABI survey, which raised greater awareness of diversity and inclusion issues in the profession, individual companies shifted into action to address why insurance had failed to attract and retain a wider talent pool.

These groups allow current members of staff to suggest approaches to support the inclusion and advancement of colleagues. Both Aviva and Royal London revealed that these safe spaces for staff to discuss issues they face and to suggest solutions have already delivered positive results.

Following the establishment of the groups, Aviva introduced policies to remove what the groups identified as barriers to career progression.

Aviva now has a group-wide equal parental leave policy that aims to provide a level playing field for women and men.

All new parents are entitled to take five hours of leave per week, for the first 12 weeks after returning to work following parental leave, as well as half a day of additional leave to support their child in their first day at a new school.

New fathers at Aviva in the UK have taken an average of 22 weeks' paternity leave (five months) since the policy was introduced, compared with an average of two weeks previously. Aviva's UK employees with caring commitments can also take up to 10 days of pro-rated, paid leave per year, with five days of emergency leave and five days of planned leave.

As well as creating spaces where colleagues can feed back their experiences and shape diversity and inclusion policy, establishing an internal culture where people can bring their whole selves to work without fear of prejudice is vital if the makeup of the profession is to change, notes Judy Parfitt, director of people at Vitality.

To achieve this, Ms Parfitt says Vitality established a learning and development programme that features training for all managers on unconscious bias, while annual training on equality, diversity and inclusion for all employees has been made mandatory.

Insurers agree that work to ensure a corporate culture that encourages diversity and inclusion at all levels is vital.

To improve diversity and inclusion at the top of the business, Aviva widened its group-wide Accelerating Leadership from the Inside Out programme, which started by focusing on women in leadership, to offer a leadership development course for employees from a BAME background.

A total of 18 colleagues from ethnic minority backgrounds started the programme in January.

Of the 170 women who have now gone through the accelerated leadership programme, 41% have subsequently been promoted or taken on a broader role with the insurer, helping to change the culture of the business across all levels.

Aviva has also partnered with two social mobility organisations -- Social Mobility Foundation and Up Reach -- and in 2018 started an intern programme for socially disadvantaged students to change the makeup of fresh entrants to the profession as well as those at the top of the insurance giant.

Paid internships are available across Aviva's UK offices and in 2020 the insurer had 24 students on this programme. During the last three years, eight permanent roles at Aviva have been offered to participants.

As well as opening up conversation with current staff and changing the makeup of a company at all levels, many of the insurers recognised the importance of bringing in external, independent agencies to help shape and measure the impact of the approaches they have chosen to take.

Following internal analysis of Zurich's gender pay gap, the insurer worked with the Behavioural Insights Team, a social purpose company part-owned by the Cabinet Office, Nesta and its employees, to identify the underlying causes of the gender pay gap and ways to reduce it.

Analysis suggested that both these issues were due in part to those roles not being available on a part-time or flexible basis.

Steve Collinson, head of HR for Zurich UK, says: "We believe the most effective way to resolve this is to give everyone the opportunity to pursue their chosen career, regardless of their personal situation.

"This isn't just about working mums. It could be those looking after elderly relatives or men that want or need to spend more time at home with their children.

"By giving everyone the terms they need in order to pursue their chosen career, more people will continue up the career ladder, where maybe they wouldn't have been able to before."

Zurich's work resulted in a 25% increase in the number of applications from females in just the space of three months last year.

Following the initial success of work to tackle gender issues, in July Zurich announced it would also launch a programme to tackle inequality in pay and the removal of barriers for career progression for BAME employees.

Currently, 7% of Zurich's UK employees declare themselves as belonging to an ethnic minority.

The business, including its Cultural Awareness Network, has partnered once again with the Behavioural Insights Team to analyse data about its ethnic minority employees to understand how Zurich attracts, recruits and promotes ethnic minority staff, as well as unravelling the causes of its ethnicity pay gap.

Zurich stated that this would lead to a series of interventions and an action plan will be published in autumn.

Capturing data, publicising progress, taking action to support career progression as well as making equality in the workplace the responsibility of all leaders and managers were recognised by all insurers as just the start of action to improve diversity and inclusion.

Jonny Briggs, global head of talent acquisition and inclusion at Aviva, says: "Our ambition is to have diversity and inclusion as a key fabric in the culture of the organisation, which we recognise takes years."

Diversity and inclusion is more than about internal commitments to staff hiring and retention. It is about making a commitment to the wider world

Tulsi Naidu, CEO of Zurich UK, says: "We have more work to do to appoint more diverse candidates to our business and to better support them in their careers."

As summed up by Lord Karan Bilimoria, president of the CBI and founder of the Cobra Beer brand, this work is essential if our profession is to thrive in the years to come.

He says: "Diversity drives better decision-making. Talented people must have the same rights and opportunities as anyone else to rise to the top of their careers, regardless of their appearance or background.

"Progress has been made through the years, but not enough, which is why it's so important companies act as allies for change that can make a real difference."

Simon Langley, inclusion and diversity consultant for Royal London, agrees that wider systems and processes for staff -- and the consumers they serve -- must be reviewed to make sure they are not unintentionally discriminatory.

Mr Langley says insurers need to make sure the approaches they take do not result in making it harder for people from certain backgrounds to be successful or, in some instances, to even enter the profession.

Limiting graduate entry, for example, to Oxbridge Russell Group universities, may exclude people from less-advantaged socioeconomic backgrounds and in turn disproportionately impact people from certain ethnic minority backgrounds and those with disabilities, Mr Langley points out.

Royal London's Mr Langley adds that businesses that do not take action to remove discriminatory practices internally are not only missing out on attracting top talent but could also be putting off customers from engaging with their services.

He says: "Increasingly, customers are looking to the companies from which they purchase goods, whether that is groceries or insurance policies, to be more representative of the communities in which they operate and the customers they serve.

"Firms that do not make real, visible and lasting progress in this area face a backlash in the future. Customers no longer make purchasing decisions purely on price -- they expect to see a degree of social responsibility operating alongside great products."

Diversity and inclusion is more than about internal commitments to staff hiring and retention. It is about making a commitment to the wider world, which was why in 2019, the CII's Insuring Women's Futures (IWF) initiatives encouraged members to commit to two pledges.

The 'Inclusive Customer Financial Lives' pledge committed firms to undertaking an inclusive 'whole-customer approach', to get consumers to consider the impact of their life circumstances.

As Sian Fisher, CEO of the CII, points out: "Proactive approaches to better inform customers and to improve inclusive customer approaches within the profession will improve customer outcomes for all and increase society's trust in insurance, personal finance and wider financial services.

"Policymakers and regulators are increasingly holding financial services firms to account regarding their responsibility for customer outcomes. By signing up to these Insuring Women's Futures pledges, the profession is supporting improving women's financial futures."