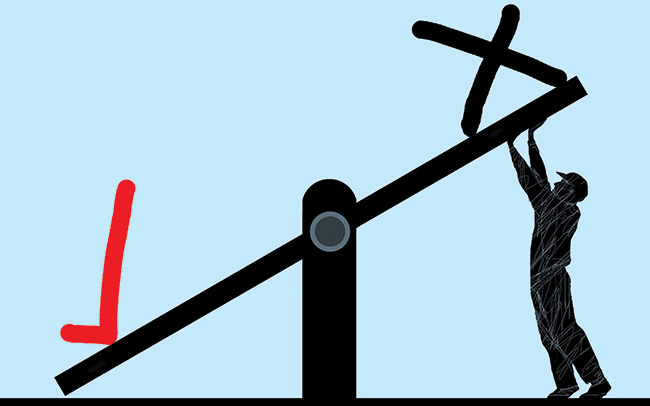 Insurers must not revise their coverage to save themselves from the fallout of Covid-19 claims, top lawyers warn.

Experts at law firm Hogan Lovells are urging insurers to behave responsibly by honouring business interruption (BI) claims that have arisen due to the current coronavirus pandemic.

This comes after reinsurance broker Willis Re recently described the risk from coronavirus-related BI claims as an "existential threat to the entire industry, given growing calls to revise coverage retroactively and the colossal, if notional, aggregate limits deployed irrespective of contract agreements in place".

Jamie Rogers, a partner at Hogan Lovells, says: "It is unlikely that UK government will intervene to force insurers to pay business interruption claims, which are not covered under contract wordings.

"However, insurers' ability to navigate the pandemic without adverse government interference will be conditional on the industry behaving responsibly. UK regulators have made clear that they expect insurers to pay valid claims promptly, and to provide clear explanations for denials of coverage."

Charlie Shute, a senior associate at Hogan Lovells, adds that the Financial Conduct Authority's (FCA) recent announcement that it is seeking legal clarity on BI insurance to resolve doubt for firms that are facing uncertainty on their claims, is a strong sign that it expects insurers to adopt a sensible approach.

He says: "A defence based on the sentiment that 'we don't pay this type of claim on this type of policy' will not wash with policyholders or regulators. The market's interests are far better served both in courts of law and public opinion for the market to adopt a pragmatic, open and transparent position. Insurers should look to engage proactively with the FCA's recent court action for clarity on the scope of business interruption wordings and plan their approach to the settlement of valid claims."

He says: "I think the insurance profession's reputation has suffered severe damage by its virtually blanket refusal to pay claims where, on any rational analysis, the policy wording should provide cover. I have seen excuses coming back from insurers that are at the very edge of what might be credible. Insurers would be better advised to not take ridiculous points around, for example, an argument that runs along the lines of, while there may be cover for a notifiable disease (that does not exclude Covid-19) within a 25-mile radius, as Covid-19 is a global issue and as the disease exists outside of the 25-mile radius as well as inside the 25-mile radius, there is no cover. Insurers might be much better placed to salvage something from their reputation, which is currently in tatters, by paying claims where there is clearly cover and not making absurd points. It is widely felt among claimants that insurers are adopting their current position to drag out the process until such time as the claimants have ceased to exist.

A defence based on the sentiment that 'we don't pay this type of claim on this type of policy' will not wash with policyholders or regulators. The market's interests are far better served both in courts of law and public opinion for the market to adopt a pragmatic, open and transparent position

"I realise of course that this would be an expensive process for insurers, but it would be far less than the cost of many businesses deciding that insurance is no more than an umbrella that is immediately taken away as soon it starts to rain," he adds.

Mr Samuelson says that Harris Balcombe is currently acting for several hundred clients in connection with Covid-19 claims. He explains: "Having reviewed the policy wording, we feel there should be cover. There are several hundred other claims where we have looked at the wording and there appears to be no prospect of cover. There has been much talk of possible government-backed initiatives to 'instruct' insurers to pay these Covid-19 BI claims, so as to save large swathes of businesses from inevitable insolvency in the absence of such support.

"So far, nothing has actually been put forward by the government and I would be surprised if anything is forthcoming."

The FCA announced in May that it is proposing a series of measures to support consumers and businesses that hold insurance products and are facing issues as a result of coronavirus.

Christopher Woolard, interim chief executive at the FCA, says: "The current emergency has altered the value of some insurance products and we believe that insurers should be looking at whether their products still offer value. Firms should also look at how they can help customers who may be experiencing financial difficulties as a result of the virus. Many insurers are already taking some kind of action to assist their customers and we want to see a degree of consistency for consumers."

Interestingly, Graeme Trudgill, executive director at the British Insurance Brokers' Association, says the dilemma with Covid-19 claims is that most businesses previously did not seek to buy, or expect to be covered for, pandemic risk.

He says: "Insurance is modelled as the premiums of the many covering the claims of the few. There have been shocks to the model previously of course, and the global insurance market has prevailed. The Covid-19 pandemic is, however, unprecedented in terms of both reach and severity. It should be considered to be a 'fundamental risk', namely one that defies the 'many and few' model and cannot be modelled or capitalised for by individual insurers.

"The uncertainty around the extent and duration of various governments' interventions reflects the absence of any prior scientific or medical knowledge of Covid-19 and the unprecedented nature of an outbreak like it.

"Prior to March 2020, most businesses did not seek to buy or expect to be offered cover for pandemic risk, even if such cover had been generally available -- which it was not. Since the 2003 SARS outbreak, most insurance policies specifically exclude pandemics," adds Mr Trudgill.

The fallout from the current pandemic has resulted in the banking and finance sector lending more than £5.5bn to small and medium-sized enterprises at the time of writing, through the Coronavirus Business Interruption Loan Scheme.

According to UK Finance, almost £1.4bn worth of loans were provided in the week from 29 April to 6 May, as lending under the scheme continues to grow. The number of approved loans grew by a third during the same period, increasing by 8,550 to 33,812.

Clearly the scale of potential business interruption claims is huge so clarity for the FCA's court action on the scope of policy wordings is needed sooner rather than later.