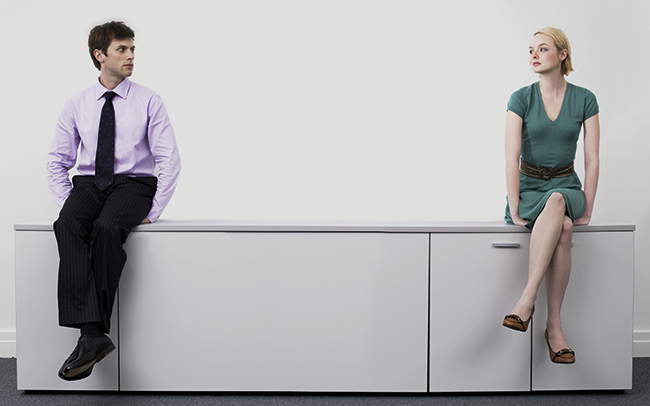 Following the #MeToo movement, Laura Miller asks: Should you have a relationships policy at work?

Relationship-at-work (RAW) policies were relics from a bygone age of marriage bars that forced women out of employment if they got engaged. Now, the #MeToo movement revelations that employees are regularly subjected to workplace sexual abuse are forcing firms to reconsider mandating behaviour rules.

Disgraced film producer Harvey Weinstein received a 23-year sentence in March for the rape and sexual assault of two women who worked with or for him. His victims' pursuit of justice sparked a worldwide movement to fight harassment and for better protection at work.

"RAW policies should not be confused with those actions that would be illegal with or without them, including sexual harassment," Emilie Cole, a partner at law firm Irwin Mitchell points out. "But they are about transparency and expectations of people, and they do set the right tone for individuals and that resonates across your culture."

Corporate cultures that encouraged punitive use of non-disclosure agreements (NDAs) as a catch-all solution to human resources problems, for example, have contributed to silencing victims and allowing abuses to continue.

"Focusing just on NDAs is no longer appropriate in the City of London," says Richard Fox, an employment partner at law firm Kingsley Napley. "Especially if the employer and relevant employees work in a regulated environment."

A company is, of course, entitled to protect its reputation. "An NDA may be appropriate if a claim is disputed and, for example, the complainant makes requests the employer cannot guarantee, such as dismissals, and there is no other option than for them to leave the business," says Simon Robinson, an employment lawyer at Robinson Ralph.

But authorities and individuals increasingly expect companies to instead address underlying 'fit and proper' issues. Ms Cole is confident that for regulators, "this theme will dominate the headlines in 2020".

Where a sexual harassment allegation is upheld, "there is a strong argument to take an approach that doesn't include a confidentiality agreement", Mr Robinson adds.

Ideally, companies want to avoid ever contemplating an NDA. Proactive prevention, in the form of workplace behaviour policies and training, is emerging as the preferred method of protecting staff and firms from legal claims relating to intimidation and misuse of power.

Emmy GranstrÃ¶m, marketing director at Steel Eye, a financial compliance and data analytics firm, says: "They are definitely a better way forward than a reactive approach."

She adds: "Gender equality -- at all levels -- is another proactive focus that firms should prioritise, as this will even the 'power playing field' and reinforce a more equal culture of what is and is not acceptable."

Relationships policies are not common because employers shy away from them for fear of being perceived as telling staff they cannot have a private life.

"But the issue is not about preventing relationships," says Mr Robinson, who recommends RAW policies for large organisations, adding: "It is about being transparent and communicating to the entire workforce that relationships between team members will be handled appropriately."

Drafting workplace relationship rules is a delicate process. Employees will not want to be told who they can fall in love with.

"The important point is the policy should require disclosure," says Mr Fox. "Without that, the employer does not know what it is dealing with and how best to address risk factors."

Firms should only create a relationships policy that they are able to effectively enforce -- people are human and the workplace is where most people spend the majority of their time.

Bev Shah, chief executive and founder of City Hive, which champions a more balanced asset and investment management industry, says a blanket ban on relationships can create more problems than it solves.

"You will have conditions where people feel they must lie, or where managers have to turn a blind eye when they can see something happening. It puts a burden on HR to police people," she says.

"It's better for firms to not create situations where staff relationships may take a more personal turn. Having a good policy on travel and events can help."

Continuing to act professionally once in a relationship is essential, she adds: "Managers should set or clarify expectations with their staff."

Ultimately, the success of a company's relationship policy will come down to how much sensitivity was used when drafting it and how well it is enforced.

Mr Robinson says: "It is pointless to write them and then leave them in a file on a shelf to get dusty. Policies should be living and breathing and firms should not only show they exist but ensure that also employees know they exist."

Managers should be fully trained and junior team members given copies or links via the intranet, he advises. "

This comes with an expense, but it will be far less than that of defending a claim," he cautions, "not only in terms of proceedings but also the ripple effect of staff churn, recruitment fees, morale and client reputation."

Protection from legal claims is often what firms want from a relationship policy. Mr Fox says: "It can help but it is not the full answer. Not everyone abides by these policies and contravention is not always easy to uncover. But it undoubtedly helps to have one."

Leadership buy-in will be key, says Ms Shah: "A manager should not be in a relationship with a subordinate, as it creates a power imbalance and conflict of interest. Firms should create the expectation that managers have good judgement in this area as in other relational areas, and the role of HR should be to ensure that employees are comfortable in the workplace."

Ultimately, firms cannot dictate who employees fall in love with. But appropriate measures can mimimise any impact -- commercial or cultural -- if and when partnerships do form, such as favouritism and being mindful of the effects on the wider team.

From a corporate reputation perspective, if the situation is more sinister, companies will want to be able to show they took the risk seriously and acted to prevent harm to employees.

Mr Robinson says: "By putting policies in place and doing as much as possible to communicate their importance, firms improve their chances of establishing a statutory defence. They can demonstrate they took 'such steps as were reasonably practical' to prevent employees from committing harassment."

Laura Miller is a freelance journalist