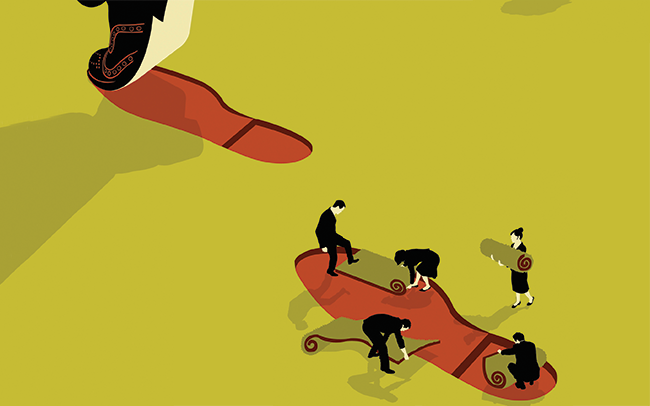 Insurers are taking steps to move to a carbon-neutral economy, as Simoney Kyriakou reports

Climate Change was on the agenda at the recent World Economic Forum meeting in Davos, with a sense of urgency about how corporations can move to carbon neutrality.

Already, big firms have pledged to limit their carbon footprints. In January, Microsoft announced plans to remove more carbon from the environment than its business emits each year, while Goldman Sachs said it would "decline any financing transaction that directly supports new upstream Arctic oil exploration or development".

These are just the latest actions taken to align with environmental, social and governance (ESG) principles, such as the Equator Principles, a framework for managing environmental risk in projects that has attracted 101 companies across 38 countries.

Insurers are getting onboard. In 2018, Swiss Re implemented a thermal coal policy, whereby it will not provide re/insurance to businesses with more than 30% exposure to thermal coal across all lines of business.

Then, earlier this year, Connecticut-based insurer the Hartford Insurance Company, which has approximately £2.5bn invested in fossil fuels, ruled out underwriting or investing in new coal-fired plants.

But insurers are not stopping at underwriting. They are also among the biggest asset owners in the world and are now paying attention to how their investments are put to work.

In September 2019, the Asset Owner Alliance was created, which aims to drive portfolio companies to carbon neutrality by 2050. It has attracted some big-name insurers, such as Zurich, Swiss Re and Allianz.

But he says this is slow going: "While awareness of the impact of climate change has gained momentum, the insurance sector generally is yet to start taking the fundamental steps of change we have seen in the asset management industry."

Indeed, research this year by CoreData among 200 professional fund buyers from around the world found only 7% pointed to ESG/sustainability factors as one of the most important fund selection drivers.

But Steven Findlay, assistant director and head of prudential regulation at the Association of British Insurers, says there is a "wide range" of initiatives already underway from insurers that are "committed to playing our part" to facilitate the transition to a low-carbon economy. He elaborates: "Some insurers have placed restrictions on the type of investment they hold, or have withdrawn altogether from certain assets such as coal.

"Others use a model of stewardship, so instead of simply passing their ownership to another investor, they actively work with the companies they are invested in towards building an environmentally sustainable business model."

Sustainability is the key, according to Pascal Zbinden, co-head of strategic asset allocation and markets for Swiss Re.

"We signed up to the Principles for Responsible Investment in 2007," he says, "and ESG factors are important from an investor's point of view.

"If you compare, for example, US investment-grade credit bonds against a subset of companies with a better ESG profile, you will see that, over the long term, not only is the return on investment comparable, but the risk around that return -- the volatility -- is lower. This means, for an investor, companies with a better ESG profile have a lower risk profile and more sustainability of returns."

Moreover, the transition risks are higher for companies that are carbon-intensive, given the political shift in recent years, while those companies whose main revenue comes from finite resources may no longer be able to operate.

Therefore, Mr Zbinden says Swiss Re had divested companies with a high exposure to coal back in 2016, as the team felt the transition risks were too high.

Mr Zbinden adds: "We get a better investment portfolio and a lower-risk one, which translates to stakeholders in terms of our own stability.

"Shareholders want to select the companies that support a sustainable future, while clients and other stakeholders want to know the insurer will still be there in the future to do business with and pay claims."

He says: "Not only will the insights delivered from these tests change investors' asset allocation and risk management practices, but the stress tests are likely to spread into the investment world as well."

And with technology companies such as Canadian firm Charles Taylor launching a comprehensive Pollution Loss Database, which has charted insurance losses related to 220 oil field incidents in western Canada, the pressure on insurers to protect themselves against future oil spill-related claims is mounting.

But CMS's Mr Edmonson warns against insurers making knee-jerk reactions: "Insurers are required to invest prudently, so a mass transition out of current investments to chase the same, potentially overpriced, ESG-friendly asset classes would itself present an undue investment risk."

This is why he thinks 2020 is likely to see an increasingly effective integration of sustainability in portfolio construction. Insurers who can do it well will not only benefit from a long-term, sustainable portfolio, but also escape the risks mounting against those businesses unwilling to change.

7% fund buyers cited ESG/sustainability factors as one of the most important fund selection drivers
Source: CoreData

Simoney Kyriakou is editor of the FT's Financial Adviser newspaper