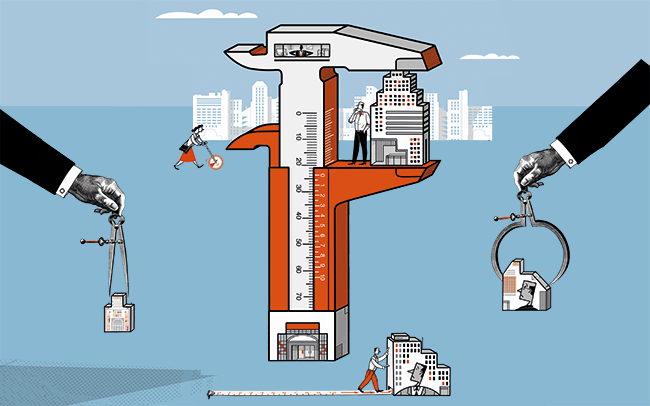 As several insurers sell off underperforming lines and subsidiaries, Dewi John examines what is behind the trend

When large companies get new senior management, they either separate business units or combine them. Parts of the operation are either hived off, or new parts bolted on.

Corporate restructuring across bluechips can often look like a pre-school Lego pit, with one bunch of kids pulling things apart and swapping bricks, with other kids sticking them together. The effect of such activities on productivity or shareholder value is often questionable.

This can be a rather random process. However, if a clear trend is noticeable in a sector, then that can be an indication that there is something more going on than corporate entropy. And there is a clear demerger trend unfolding in the insurance sector.

Last year saw Prudential, the UK's biggest insurer, split in two as it hived off its domestic arm, M&G. Investors were given one share in M&G for every Prudential share they held.

While this has been the most high-profile move, it is far from being the only one. The previous year, Standard Life sold its insurance arm to Phoenix Group for £3.2bn. This followed the parent's merger with Aberdeen Asset Management. Phoenix is also swallowing up ReAssure, Swiss Re's UK life insurance business. Elsewhere, Axa sold its US life insurance business Axa Equitable, while US insurer MetLife split its business in 2017 and price comparison site group GoCompare sold off esure in 2016.

"The demergers that we are seeing are allowing insurers to focus on key business areas -- and in the background is the question, what do you decommission?" says David Lambert, a partner at consultancy EY.

This is unlikely to be the end of the process. Over at Aviva, chief executive Maurice Tulloch started his incumbency by selling its Hong Kong operation, with more Asian businesses to follow. There is also speculation that Saga is ripe for breaking up, as it is seen as being a loose assemblage of business lines dragging on group performance. It has also got an activist investor on board -- hedge fund Elliott, which has a 5% holding in the company. Oh, and there is a new chief executive, doubtless eager to switch things around.

What's more, all may not be done and dusted at Prudential as, following the UK demerger, there is speculation as to whether the two remaining largest parts of the business -- the US and Asia -- can be broken up.

Such a process is not without problems. Taking the Prudential/M&G merger as an example, the untangling of the UK operation from the parent is said to have cost more than a third of a billion pounds. Making matters worse, last summer, the UK High Court prevented a proposed £12bn annuity transfer to specialist insurer Rothesay, following which Prudential was hit with a £24m fine by regulators for failing to treat customers fairly.

The current demerger process, then, will likely see the market dominated by bigger insurers with a more efficient operating base

It has been speculated that Solvency II regulations are driving many of these changes, as global insurers decide that the more onerous EU regulations are a problem for their wider business. "Solvency II has made insurers take a more granular, risk-based view," agrees Mr Lambert. "Business areas such as annuities require a greater amount of capital to be offset against them. This is contributing to the pressure on firms to focus on more profitable areas and to let old business lines run off."

However, he points to more positive pressures as being the prime drivers in this process: "While the need to be focused as a business is no new thing, this issue has been crystallised more recently, with the ability of technology to radically change the cost base. Insurers are now rushing to beat the competition, to take advantage of this."

This, he argues, is a transition in an insurance profession that "is positioning for a bright new future: tech-enabled for a streamlined, more bespoke, customer service". Nevertheless, not everyone will survive to greet this brave new dawn, as it comes with a price tag attached.

"This is a scale play," he says. "If you have the scale, you can justify the investment to make this change. If you're eighth or ninth in a particular segment or market, it's less viable."

The current demerger process, then, will likely see the market dominated by bigger insurers with a more efficient operating base, while others will be forced out and a squeezed middle tries to work out whether or not it is viable.

"This will itself lead to mergers to hit viable scale," reckons Mr Lambert. So, after the demergers, expect to see a further round of mergers and a yet more concentrated sector.

Dewi John is a freelance journalist