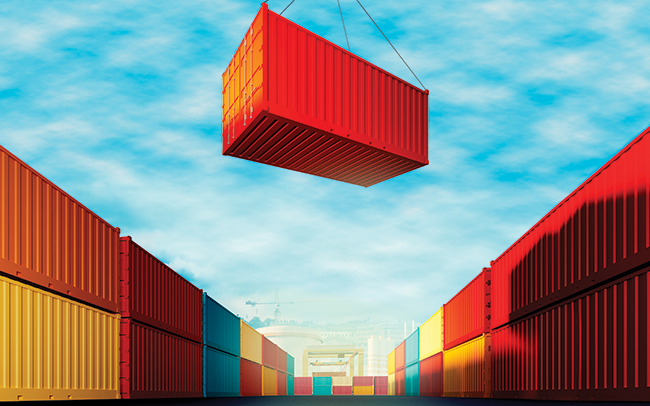 The marine sector is facing a range of serious risks, from misdeclaration of cargo and increasingly large ships, to cyberattacks. Tim Evershed examines how the insurance market is responding

The nine major cargo vessel fires so far this year that have resulted in loss of life, injury and environmental damage are part of an alarming trend that is of growing concern to the marine insurance sector, according to the International Union of Marine Insurance (IUMI).

The fires are just one of a series of risks that are growing in size and complexity in marine. The sector has seen insured losses increase, despite major vessel casualties decreasing in recent years -- meanwhile underwriters must account for new threats, such as cyber. Fires on vessels during 2019, including the Yantian Express, APL Vancouver, Grande America, E.R. Kobe and KMTC Hong Kong, raise questions about causes and firefighting capabilities on containerships.

According to IUMI, misdeclaration of cargo appears to be the main culprit and is driving some shipping companies to take the unprecedented step of announcing significant fines for those responsible.

"A lot of the evidence points towards the misdeclaration of goods in the containers and the cargo inside the containers," says Captain Rahul Khanna, head of marine risk consulting at Allianz Global Corporate & Specialty. "There are about 130 million containers transported every year and out of them, about six million contain dangerous goods. Another 1.3 million are incorrectly packed or identified. A lot of these fires have
been attributed to cargo that has been misdeclared.

"Another problem is the capabilities of these large ships to tackle these fires. The exponential increase in the size of these ships has been going on for years. The firefighting capability of these vessels hasn't really kept up with the increase in size.

"There are problems on the cause side and the control side. From the shipping lines perspective, we need more stringent and better controls on how cargoes are declared."

The increasing size of containerships means that the size and value of the cargo onboard has quadrupled in the past 20 years. The largest modern containerships carry 22,000 or 23,000 twenty-foot equivalent units, with values of more than £1bn in floating cargo. So, the consequences of a incidents are now much more severe.

"The size of the containerships is the biggest thing we are concerned about, because of the accumulation risk with the number of containers on those ships, including increased navigational hazard of operating ships that size," says Royston Ford, head of marine and specialty at RSA. "Fires will always happen, ships will always run aground, there will always be engine failures. Nothing is ever going to stop those things happening, but the thought of it happening on a 250,000-tonne ship with 22,000 containers on it just gets ever more horrendous. When things go wrong these ships cannot be salvaged -- we have built unsalvageable ships."

The shipping lines have been collaborating on an initiative called the Cargo Incident Notification System (CINS). Whenever they have some kind of problem with cargoes that leak, or cause contamination, they are capturing every small incident, tracking it down to the root cause, documenting hazards and tagging them in a much better way.

"Once you've spotted cargo that is likely to cause problems, you can decide where to put it on the ship so if it does cause a problem the consequences are less severe," adds Mr Ford. "They are much better now at rating and predicting the hazards of cargo."

IUMI reports that ashore, there have been cargo storage losses in 2017 and 2018 from natural catastrophe (nat cat) incidents, as well as a number of significant fire losses in the past 12 months. The marine cargo market insures a significant amount of property contents storage under warehouse/storage endorsements and 'stock thru put' policies.

The current soft market has increased this risk profile as underwriters have been offering broader terms, higher nat cat limits, lower deductibles and more competitive prices than their property counterparts would provide.

Although there has not yet been an actual marine casualty because of a cyberattack, there have been plenty on the shore side. The largest was the NotPetya ransomware attack that hit companies worldwide in 2017. These included Danish shipping line AP Moller-Maersk, which suffered a loss of about $300m (£227m).

"Cyberattacks certainly have a claims potential and a successful attack could result in significant financial and reputational losses, but we do not have any reliable data on cyberattacks to assess the risk properly," says Lars Lange, IUMI secretary general. "We believe that there have been cyber claims, but they have not been reported to us. In many markets these types of claims are excluded, but it can impact the sector greatly and it is currently about risk mitigation, assessment and loss prevention."

Marine underwriters will be keeping a wary eye on the loss environment as claims continue to get larger and more complex. They will continue to monitor the situation and no doubt be asking for more detailed and sophisticated broker presentations prior to considering large or new risks.