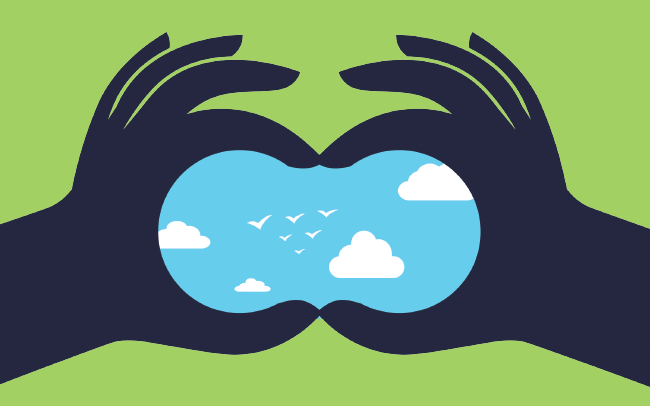 As 2020 fast approaches, the heads of the CII's societies have been making their predictions for the year ahead.

So, does the profession face insurmountable challenges or endless opportunities in 2020?

As always, rule changes loom on the horizon for the profession in the next 12 months. Both underwriters and claims professionals revealed at the start of the year they are bracing for the UK Whiplash Reforms set to be introduced in April 2020.

The Whiplash Reforms are a package of measures introduced by the government to reform the way low-value personal injury claims arising from road traffic accidents (RTA) are handled. According to the Ministry of Justice, the reforms will "reduce insurance costs for ordinary motorists by tackling the continuing high number and cost of whiplash claims". David Williams, interim chair of the Society of Underwriting Professionals, says underwriters need to make sure they are on top of the changes and work to report the savings these deliver for consumers.

Mr Williams says: "With motor insurance pricing being a complex area, separating out the impact of just the legal changes might prove much more difficult than I think the government is expecting."

The reforms will reduce the financial compensation for injury by setting a fixed amount payable for injuries lasting less than two years, and reduce the amount an insurer must pay in costs by increasing the small claims track limit from £1,000 to £5,000 for RTA-related claims.

For employer's liability and public liability, the limit is lifted to £2,000.

Sue McCall, chair of the Society of Claims Professionals, says: "The headline result of this increase is that those claims valued below the new limits will no longer result in costs recovery.

"The expectation is that there will be a far greater number of litigants in person. This will bring with it the need for more time spent per case in explanation and communication."

Ms McCall says the profession should note that a portal for whiplash claims is being developed and is expected to be in place by April 2020.

She says: "We may see a surge in reported motor claims ahead of the reforms, as we did prior to the introduction of the Legal Aid, Sentencing and Punishment of Offenders Act 2012."

With motor insurance pricing being a complex area, separating out the impact of just the legal changes might prove much more difficult than I think the government is expecting

The Society of Underwriting Professionals' Mr Williams says that in early 2020, the Financial Conduct Authority (FCA) is also expected to produce a final report on dual pricing, outlining new rules to address what the watchdog considers to be bad practices.

Mr Williams, who is also managing director of underwriting and technical services at AXA Insurance, says the FCA's rules could have quite a dramatic effect on a number of insurers.

He explains: "Most insurers use actuarial techniques to measure lifetime value of a client and pricing to offer sometimes substantial discounts in the first year, recovering the effective 'losses' in later years if the policy renews.

"This simple practice could be outlawed, although arguments are being made that preventing increased prices in subsequent renewal years would also mean an end to the discounting that people who shop around massively benefit from."

Mr Williams says he expects to see further use of new data sources in pricing, along with an increase in the use of machine learning and artificial intelligence to help see patterns in that information that human eyes alone could miss.

Through greater use of algorithms, however, Mr Williams says we could see increasing demands for more transparency.

Mr Williams says these calls could result in insurers investing in 'pricing assurance' teams to ensure no proxies for prohibited elements (like the use of gender as a rating factor) can creep in.

When it comes to broking, Kevin Hancock, chair of the Society of Insurance Broking, says he expects the market hardening will continue, largely as a result of the Lloyd's Decile 10 review.

But Mr Hancock adds that this hardening of the broking market due to Lloyd's managing agents being asked to identify the worst performing 10% of premium for each syndicate, will quickly be followed by a softening.

Mr Hancock says the market correction created by this activity from Lloyd's should not be as dramatic as it has been in previous market cycles because the composite insurers, largely, have cleansed their books already and are making a decent return on capital.

Mr Hancock, who is also managing director of Yutree, says the broking market should see new capital in the insurer market in 2020, as Middle and Far East capital is attracted into a low-taxation environment.

As a result, overall Mr Hancock is positive about the prospects for insurance brokers in 2020.

He says: "I hope that stability and confidence will return to the general economy, leading to a period of modest economic growth."