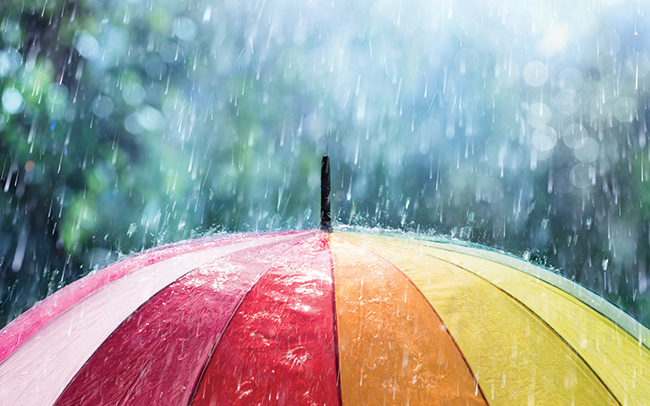 The UK has seen weeks of wet weather, with a month's rain falling in a 24-hour period several times. Liz Booth examines the consequent impact on insurance

The phrase 'it never rains but it pours' has never seemed so apt, as the UK struggles to deal with relentless rain. Those affected have been looking to their insurers to step in after hundreds of homes and businesses across north and central England were left underwater -- often for days at a time in November 2019.

Insurers have faced plenty of challenges -- not just in terms of physically assessing damage and checking whether insurance is valid but also in terms of reputation.

One householder in Fishlake (a village few people had heard of before the floods) summed up the difficulties. Looking for someone to blame, she said someone must be accountable -- there have been no floods in the village for 100 years and now someone should take responsibility.

And therein lies the challenge -- can the government afford to provide flood defences for villages that have not flooded in 100 years? Can the insurance profession find models that reflect the new risk of those one-in-100-year floods happening more frequently? And is it actually a risk?

In the meantime, insurers have been criticised by the national media every time a policy is found wanting. Householders and small business owners have admitted they did not read the small print to find a new flood exclusion added to their policy, but that has not stopped the criticism.

Mohammad Khan, general insurance leader at PwC, has a more positive message: "This is clearly a very difficult time for those who have been impacted by the floods. However, the UK insurance industry is better prepared for the floods that have occurred and is responding as quickly as possible to ensure that affected policyholders are having their needs met."

And the Association of British Insurers (ABI) says insurance payouts to people hit by the recent floods in Yorkshire and the Midlands are expected to reach £110m.

Recent research shows that, in fact, £1.1bn a year of flood damage is being prevented by the UK's current network of river barriers and defences. The modelling, based on thousands of simulations of weather events with and without flood defences, was commissioned by insurer Flood Re and conducted by software company Risk Management Solutions.

The research shows that inland flooding would, on average, cost almost three times more on an annual basis without the defences -- a bill of £1.8bn rather than £0.7bn across the whole of the UK.

In early November, Flood Re, the not-for-profit, joint initiative created by the government and the insurance profession, released data on the number of homeowners benefiting from the scheme in flood-prone areas across the UK. Since the scheme was set up, more than a quarter of a million homes across the UK have benefited.

Independent research has shown that the majority (93%) of householders whose property has flooded previously are able to receive quotes from five or more insurers -- compared to 0% before the introduction of the scheme -- and four out of five with previous flood claims have been able to find quotes that are more than 50% cheaper.

The National Flood Forum has also launched a new Flood Risk Communities' Charter, which includes a list of recommendations to ensure that communities feel safe in the face of the increasing threat of flooding due to climate change.

Maybe the insurance profession needs to get this message across to the public?