A TOUCH OF CLASS 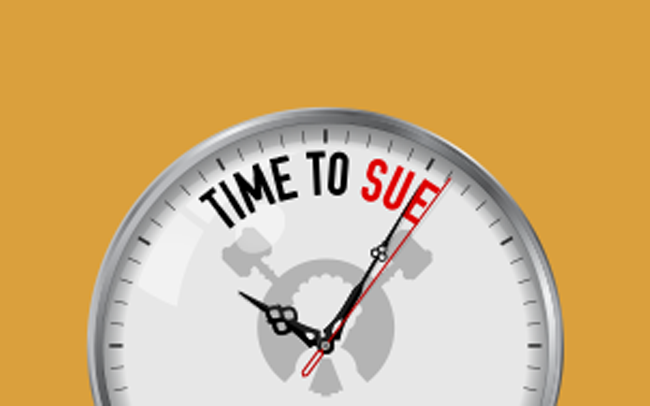 Class action lawsuits are becoming more commonplace outside the US. Graham Ludlam and Duncan Strachan examine what this means for the insurance market

Having been a feature of the US legal system for years, signs are growing across the world that class actions -- where a group of individuals seeks redress against a corporation or organisation -- are gaining more traction. Cross-border scandals such as Volkswagen's dieselgate and the Petrobras corruption securities class action, one of the largest of all time, are contributing to this growing awareness.

US AND AUSTRALIA LEAD THE WAY

Class action activity has flourished in Australia and the US because of how their respective legal systems are structured. Contingency agreements are available that shield plaintiffs from having to cover the costs if their case fails. Plaintiff law firms and litigation funders, if successful, can receive rewards of up to 45% of the damages awarded.

Class action activity in Australia is at unprecedented levels and is having a major impact on directors and officers (D&O) insurance, with premiums having been rising for some time.

By contrast, the US business community -- influenced by the Trump administration's pro-business position and changes to members of the Supreme Court -- appears to be looking to avoid class actions. With its Supreme Court increasingly accepting agreements that waive class arbitration, US businesses are using this shift to divert a potential case to arbitration and force the case to be run on an individual basis, rather than face a class action.

However, the appetite for class actions remains, with increased activity, for example, over company websites being inaccessible to the visually impaired and claims related to concussion in sport. In relation to securities, the number of class actions being filed has risen markedly, with 5,200 filed since 1995. Yet fewer than two dozen of these have actually gone all the way to trial.

In Australia, the average settlement of securities class actions is up from £21m to £24m. With a D&O premium pool of about £160m, it does not take many class actions to cause market losses. Consequently, the market is changing, with brokers reporting a median increase in primary premiums of 89%-122% and some insurers either reducing capacity or pulling out of the market.

Germany has experienced a shift in political mood, with a desire to embrace some form of class action, largely in the wake of the Volkswagen emissions scandal. German consumers have felt mistreated, having seen class actions and enormous payments in the US following class actions taken against the German company, while they have had nothing.

Compensatory collective redress is available in 19 member states, but in more than half of them it is limited to specific sectors, mainly consumer claims. Nine countries do not provide the option collectively to claim compensation in mass-harm situations and only six member states have a proper alternative dispute mechanism focused on mass-harm situations: Belgium, France, Italy, the Netherlands, Spain and the UK.

There is, however, a European Commission proposal that goes a step further. Launched in April 2018, the Representative Action Directive aims to ensure stronger consumer protection in the EU, following the cross-border scandals. It would allow group action against trader violations with a broad public impact in domestic and cross-border cases, in various consumer areas such as data protection, financial services, travel and tourism, environment and health.

Crucially, however, under the draft rules representative action could only be brought by eligible entities, such as consumer organisations and certain independent bodies designated by member states. It will, however, face some hurdles in Ireland, particularly in relation to third-party litigation funding, which is expressly permitted by the directive but remains broadly unlawful in Ireland.

The English legal system, although it recognises group litigation in restricted factual situations, has not traditionally permitted US-style class actions. There is, however, increasing pressure to embrace more collective redress in the consumer area. The Consumer Rights Act 2015 introduced an opt-out collective redress regime for competition claims. This permits a claimant representative to bring an action on behalf of a group of individuals where this follows on from an 'infringement decision' or 'an alleged infringement' of anti-competitive behaviour prohibited by the Competition Act 1998 or EU law.

In Scotland, the Act bringing in a new 'group procedure' became effective in January 2019. This saw the introduction of an opt-out system for the first time in the UK, whereby claimants resident in Scotland will be automatically represented. Residents outside Scotland would have to opt in.

In the final analysis, despite a shift in opinion towards acceptance of the value of class actions, the legal, judicial and funding systems across Europe continue to work against any major change. Yet with US plaintiff firms looking to grow outside their country, litigation funders eyeing potential returns and a rising number of international cross-border scandals, attempts to force the issue will continue to increase.