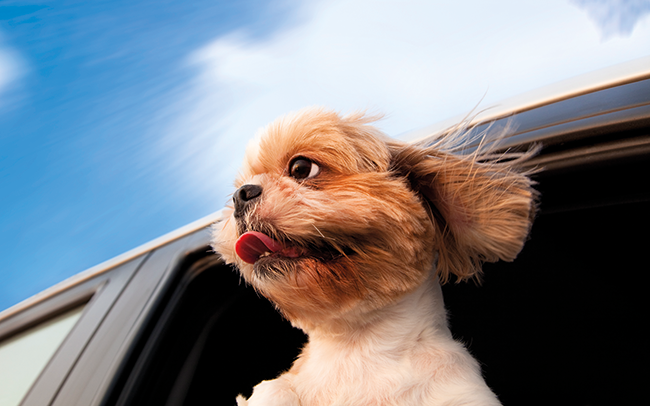 Loose pets, charging for lifts and making your mum the main driver can all potentially lead to a motor insurance claim being rejected. But rather than looking for excuses in the small print, insurers are taking a much more upfront approach to ensuring they pay as many claims as possible.

The risks that motorists take with their cover were revealed by research by price comparison website MoneySuperMarket earlier this year. It found that nearly 10 million road users risked invalidating their policy by failing to secure their pets properly while driving.

Other common activities that the research found could potentially break the terms of a policy included changing jobs without notifying the insurer (23%), letting others drive their car without the correct insurance (15%) and charging for lifts (13%).

While these activities could potentially invalidate a policy, figures from the Association of British Insurers (ABI) show the number of claims declined are few and far between. According to its latest statistics, 98.4% of motor insurance claims were paid in 2016/2017. "It is very rare for a claim to be declined," said Malcolm Tarling, a spokesperson for the ABI. "The terms and conditions on motor insurance policies are very standard across the industry, so there is not much room for ambiguity."

As an example, when it comes to transporting pets, the Highway Code recommends drivers use a seatbelt harness, pet carrier, dog cage or guard to secure a pet. Although a driver could face an on-the-spot fine of £100 if they are distracted by an unsecured pet, it is not an offence and, as Glenn Edwards, motor underwriting manager at Aviva, explained, would not have any ramifications for insurance. "We always look to try to cover a claim. In the event of a road traffic accident, we would cover an injury caused by an unrestrained pet in your car," he said. "But that does not mean you don't need to restrain your pet -- their safety, and that of all car passengers, should be paramount, so it makes sense to protect them."

Charging for lifts is also unlikely to see a motorist invalidate their cover. Shaune Worrall, technical services manager at the British Insurance Brokers' Association, said this is perfectly acceptable as long as they are not making a profit. "If you charge a passenger to cover the petrol and wear and tear, there wouldn't be an issue," he explained. "But if you start using the vehicle for hire and reward, you will need commercial insurance."

Valet parking is similarly dismissed by Mr Worrall as a reason why a claim would be rejected. Where a company offers valet parking, he says the onus is on it to take out appropriate business insurance to cover its representatives when they drive other people's vehicles. "Very few claims are actually thrown out altogether," he added. "Sometimes there might be some debate over where the vehicle was normally kept but, in most cases, claims are settled without dispute."

Supporting this, Aviva's Mr Edwards said the main reason Aviva declines a motor claim is down to something much more straightforward -- its value being less than the excess. "It is important customers taking an excess understand what costs they would be responsible for in the event of a claim," he explained. "If the total value is less than the excess, there's no cover in place."

Advances in technology have also helped the insurance industry reach this near-perfect claims record. By cross-referencing the information provided on an application form, an insurer can question any issues at this point rather than at claim

TECH TO THE RESCUE

Advances in technology have also helped the insurance profession reach this near-perfect claims record. By cross-referencing the information provided on an application form, an insurer can question any issues at this point rather than at claim. Various databases are available for this: the Driver and Vehicle Licensing Agency, to check motoring convictions; the Motor Insurers' Bureau's Claims and Underwriting Exchange, to identify fraud; and mapping services, to check on details such as whether a property has a garage or drive.

Taking this approach helps to iron out misunderstandings but it also catches fraudsters. For example, in 2018 Aviva detected 16,700 fraudulent insurance applications, up 20% on the previous year, with the most common examples being ghost broking, payment fraud and quote manipulation.

If it is not picked up at application, quote manipulation is where a motorist can unwittingly find themselves invalidating their cover. Fronting, where a young person names a parent as the main driver policy to reduce the premium, can be regarded by the public as gaming the system but, in insurers' eyes, it's fraud. "It is something we warn the public about," said Mr Tarling of the ABI, adding that it may be less common nowadays as a result of telematics. "If someone can use telematics to make insurance more affordable, they may be less inclined to consider fronting."

While it is possible to invalidate a motor insurance policy, the insurance profession is working hard to ensure this does not happen. By validating policyholder details at outset, the vast majority of claims can be paid without issue.