WINNING AGAINST THE FRAUDSTERS 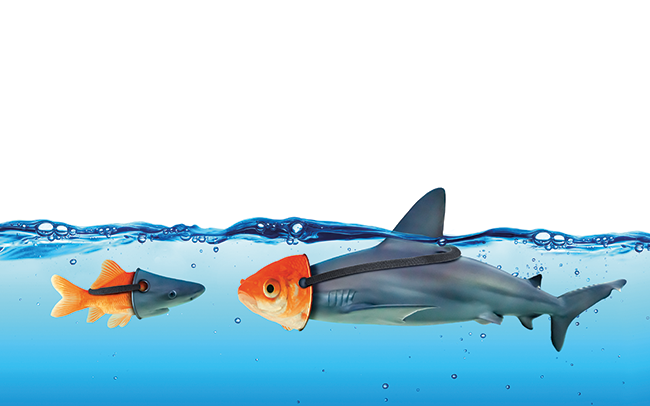 Fraud is said to cost the UK insurance industry some £3bn in total but the industry is fighting back, with new sector-wide initiatives combining with individual efforts to combat the criminals.

Every year, insurance fraud is said to cost about £1bn in detected crimes and a further £2bn in those that go undetected. And one of the problems for the industry is the way in which criminals move with ease from one scam to another, leaving the sector lagging behind.

Keith McGill, head of identity and fraud at Equifax, is just one voice warning of the growing agility of fraudsters: "The latest Cifas figures show worrying trends as identity fraud rose by 10% in 2018, with those aged under 21 and over 60 being increasingly targeted by fraudsters. There was also a 26% rise in cases of 'money mule' fraud, highlighting the agile nature of fraud and its constantly shifting battleground.

"An overall increase in identify fraud reinforces that this must remain a top priority for businesses. With more than 50% of account creations now coming from a desktop or mobile, understandably organisations are prioritising smooth payment journeys, but this shouldn't come at the expense of robust controls to protect consumers."

The Cifas Fraudscape Report for 2019 shows the number of insurance fraud cases reported to the National Fraud Database actually decreased by 14% in the past year, with a reduction in application fraud cases cited as the main reason.

Counterbalancing this, however, was the continued rise in identity fraud. Identity fraud against the insurance sector has increased substantially in the last three years and in 2018 grew by a further 15%.
The report reveals:

â Cases continue to be perpetrated by 'ghost brokers', who use the identities of innocent victims of impersonation to obtain insurance policies for their 'clients'; and by those who wish to ensure that a vehicle is insured for the lowest possible cost by using the details of someone who is considered low risk.

â The number of false insurance claims grew in 2018, with the biggest increase being people inflating otherwise genuine claims. The number of these cases increased 56% to account for 27% of the false claims identified.

â People attempting to claim for events that did not take place also rose, albeit by less. These cases climbed 18% and accounted for 24% of false claims. The number of staged events actually decreased in 2018, by 12%.

WHAT MORE CAN BE DONE?

It seems insurers are working hard on this. The Association of British Insurers claims insurers invest at least £200m each year to identify fraud.

This will see insurers sharing intelligence in real time to help catch out fraudsters. Ageas, Allianz, Axa, ERS, Markerstudy, Mulsanne Insurance, QBE, RSA, and 1st Central are among the first to start using the system.

Ben Fletcher, director of the IFB, explains: "IFiHUB has been built by the industry, for the industry -- to deliver a powerful counterfraud tool. It was recognised that fraud intelligence had historically been shared inconsistently and therefore inefficiently. By developing a single platform for insurers to share intelligence in real time, IFiHUB is a real game changer for our sector."

Companies are also continuing to develop individual initiatives. For example, a fraud response initiative set up by Pen Underwriting, in conjunction with law firm Mills & Reeve, has helped recover £3.7m of £6.7m lost to cyber conveyancing fraud since 2017.

Email modification fraud accounted for 80% of cybercrime incidents reported to the Solicitors Regulation Authority in the second quarter of 2018. However, of the 14 cases reported to Pen Underwriting to date, 55% of the lost money has been recovered. In three of the 14 cases the full amount was contained and recovered. In one instance, £1.13m was stolen in a cyberattack, of which £1.10m was recovered (98%) through the fraud response initiative.

Public transport operator First Bus, working with law firm Horwich Farrelly, has successfully secured the conviction of a fraudster who claimed to have been severely injured when a bus collided with his car, despite not actually being in the vehicle at the time. Following a thorough investigation and committal proceedings, Zafar Iqbal was sentenced to six months imprisonment.

The initial claim was made in 2015, after a First Bus vehicle collided with Mr Iqbal's stationary parked car, causing minor damage. Mr Iqbal claimed he was sitting in the vehicle at the time and, despite it only being a small collision, suffered severe pain to his shoulder, leg, back, ankle, upper leg and right side of chest.

Investigations found that Mr Iqbal was not seriously injured in the collision -- in fact he wasn't even in his vehicle at the time of the incident. CCTV footage showed him standing outside of his car and running after the bus, following the incident.

Key findings in this year's Fraudscape Report include:

â Identity fraud continues to rise in 2018, by 8%; those aged 21 or under and over 60 experienced the greatest rises.