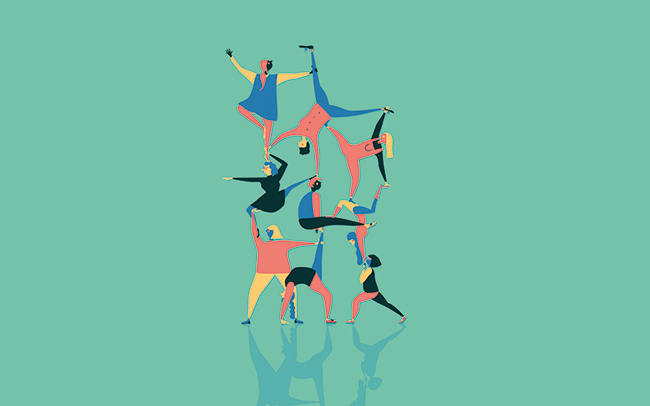 Now in its second year, the CII's Trust Index aims to uncover what the public crucial views as important in building trust in the insurance sector. Matthew Connell assesses the findings-¦

Last year, the CII launched the Trust Index, the first in-depth look at what drives trust in insurance in terms that are chosen by the public, rather than insurance experts.

This year, working with the Customer Services Institute, we have refreshed the Trust Index, as part of an ongoing process of tracking movements in trust to see where the profession is headed.

We have also developed a trust tool, allowing members to drill down into factors that are shaping consumer trust, to get a detailed picture of what the public is thinking about insurance and how trust can be improved.

The research underpinning both the index and the trust tool was built from consumer insights gleaned through interviews, process-mapping and video diaries. It found that trust in insurance is made up of nine key ideas about 'what good looks like' -- both in terms of competent service and ethical standards. The 2019 edition of the Trust Index showed that in the motor, travel and home insurance markets, consumers' experiences of making a claim are significantly more in line with their expectations than they were a year ago.

However, the area that shows the biggest gap between expectations and performance is still the way in which insurers reward customer loyalty (see chart above).

The index also brings the voice of the public into debates around good practice and regulation. For example, in the last year the Financial Conduct Authority and the Competition and Markets Authority raised the issue of the 'loyalty penalty' and are looking at possible solutions, from greater transparency to the imposition of price caps.

Whatever solution is chosen, the Trust Index will track how well consumers think insurers are performing. So, the index will be the first to show whether these measures are working, or if more effort is needed.

By comparing the weight given to different answers in the Trust Index, we can build a detailed picture of consumer attitudes to complex issues. For example, take the debate around how much data insurers should hold about their clients. Some see the potential for insurers to hold large amounts of data as a threat to trust. Others see better data as a route to better service, increasing consumer trust.

Using the Trust Index tool, it is clear that the truth is more subtle than these polarised views. It is certainly true that consumers do not want their insurer to be in the dark about their needs. Of the 49 statements tested in the survey, the 11th biggest gap between expectation and delivery was 'My insurer assessed my risk individually, rather than using generic assumptions'. However, it is also clear that consumers are less interested in sharing information that is not relevant to the risk being covered. There was a much smaller gap between expectation and delivery when it came to the statement, 'My insurer knows me and what is important to me'. This statement only had the 37th highest rating out of 49.

The message is that people want insurers to have as much data as they need to assess risk, but they are not interested in having an overfamiliar relationship with their insurer. It is a bit like the relationship we might have with a waiter at a restaurant -- we want them to be attentive to all the things that we may want as we have our meal, and we may chat with them along the way, but we don't want them to sit down and join us when we eat.

In this way, we can build up a more subtle view of data than the polarised views of 'insurers should have as much data as they like' or 'insurers should have no access to data'. It is a view that says insurers should know more about their clients than they do at present when it comes to doing their core job, but exercise restraint in the way they use the data. It highlights the importance of concepts in data protection regulations that are often neglected -- such as using data in the public interest and making sure that data use fits the performance of a contract in a reasonable way.

Now in its second year, the CII Trust Index continues to help the CII with our work -- measuring overall levels of trust; keeping both the profession and its regulators honest about what works and what doesn't when it comes to important conduct issues; and providing insights into consumers' priorities around crucial emerging issues such as the use of personal data. To read the full report, visit: cii.co.uk/83450