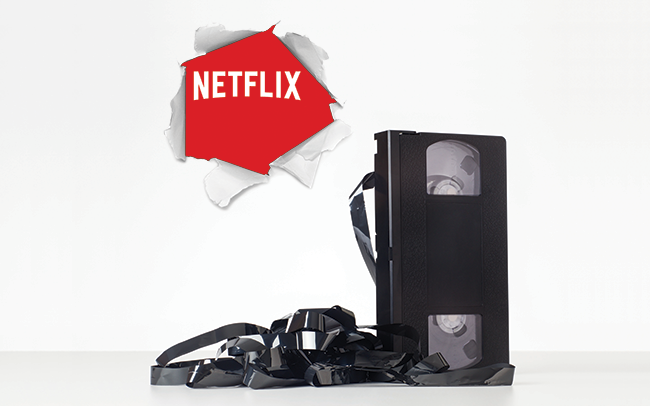 Emma Ann Hughes reports on a recent debate where senior insurance figures discussed how the sector can avoid suffering the same fate as Blockbuster video by attracting new skillsets.

Discussions about the future of the insurance profession often fixate on how technology could cause fewer humans to be employed by the sector in the future.

But for insurers and brokers to avoid becoming the next Blockbuster -- the video rental store that was wiped off the nation's high streets after it failed to leap at the opportunity to buy the streaming service that later became Netflix -- they must do more than just get to grips with technology.

A recent debate featuring senior insurance experts noted that as well as embracing technology it was vital to upskill staff, attract new skillsets to the profession and change the perception of those working in insurance as dinosaurs, if the sector is to avoid extinction and thrive in the modern world.

Huw Evans, director general of the Association of British Insurers, said many insurers are already making sure the existing talent they have is trained and continually retrained as their roles evolve as a result of technology and changing consumer needs.

To bring fresh talent and skills to the insurance profession, Mr Evans said it was important for those already working in the sector to change perceptions about what being employed by an insurer or broker involves and delivers for society.

Mr Evans said: "The potential is there to become an employer of choice for a range of talent that we do not currently attract."

Insurers and brokers gathered at the debate, which was organised by Insurance Times, were told by Mr Evans that they need to talk more about what the profession does for society -- such as the key role it has in managing climate change and helping people obtain the social care they need.

He said: "The more we talk about the social good we do, the more attractive we become as a profession. Let's talk more about how we help the world go around."

But Sam White, chief executive of Pukka Insure, said there is no point attracting fresh talent to the profession if they then found themselves in a business that shoves them in a booth and fails to engage their brains and develop a passion for what they do.

She said insurers and brokers must also create a working environment that encourages creativity, offers flexibility and therefore appeals and competes with the working practices of other professions.

Carol Geldard, personal lines director of CovÃ©a Insurance, said this is why technology is an opportunity for insurers and brokers, as it can be used to free up staff and allow them to increase engagement with consumers.

She said she struggles to find a role in the insurance industry that will not change in the future because of technology.

Ms Geldard said: "For the employee, when you look at why people are engaged and choose to do things, it is where people get to bring their brains to work.

"I think technology is something that will make life much more interesting for people at work and it is important we take our people on a journey, so they see technology as an opportunity for their role rather than a threat.

"We find the biggest thing at CovÃ©a that people like is flexible time and flexible working across every generation. It is becoming the new norm and if people can't adapt the way their business works, then that is a bigger problem (for the future of the profession) than technology.

"That is one of the biggest challenges for our industry as other industries are way ahead of ours."

Keith Richards, managing director of engagement for the CII, agreed that bosses at insurers and brokers need to recognize that "change inevitably creates concern over what we currently do" and also change mindsets to embrace the opportunities created by new technology.

He said: "Job roles will change. We've got to, as a sector, start to think of the way we portray ourselves. We focus on the challenge too often rather than the opportunities."

Covea Insurance's Ms Geldard agreed that for the insurance profession to attract and retain the talent needed to thrive in the future, the profession needs to refer to itself in the way it wants to be seen to attract the right people.

She said: "Insurance is such a mix of roles or opportunities. Ask people what they like doing and are good at -- maths, talking to people, etc -- and then talk about the roles in insurance that may fit them."

Emma Ann Hughes is communications director at the CII