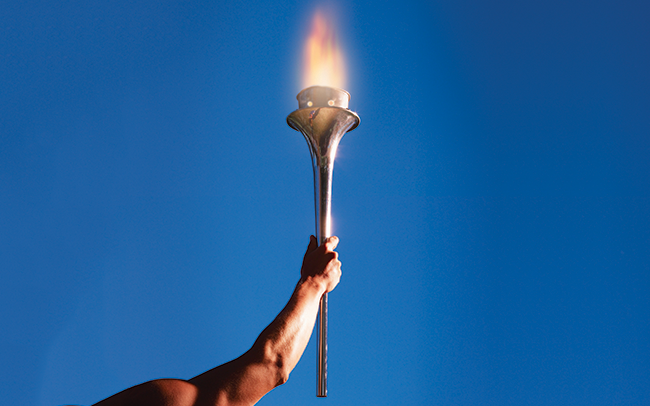 The theme of this year's BIBA Conference was 'Leading the Way'. Luke Holloway looks at four of the key take-aways from the event

This year's British Insurance Brokers' Association (BIBA) Conference saw more than 8,000 delegates attend the flagship event, with 5,000-plus registered brokers and 200 stands representing the insurance profession. There were also a host of headline-grabbing keynote speakers, panel debates, interactive seminars and fringe sessions, all aimed at discussing the latest issues and opportunities facing the industry. So, what did we learn from this year's conference?

1. DUAL PRICING IS ON EVERY INSURER'S RADAR

As The Journal reported earlier this year, following the super-complaint by the Citizens Advice Bureau last September, five markets, including household insurance, are now in the spotlight for the way they treat loyal customers. Research by the Financial Conduct Authority (FCA) found that customers who had renewed their home insurance with the same company for five years paid on average 70% more than new customers.

The issue was discussed in-depth at the 'Ask the Insurer' session, by a panel including Jon Dye, chief executive of Allianz Insurance; Tulsi Naidu, chief executive officer of Zurich UK; and Rob Townend, managing director of Aviva.

"We [Zurich] are making sure we are communicating actively to customers and ensuring they are thoughtful about the choices they are making. I would urge everybody to think really hard about the duty of care we owe to customers as individual businesses."

Mr Townsend added: "At Aviva, we are absolutely behind resolving this renewal pricing issue. We've launched a subscription product called Aviva Plus, which has a price promise around new business price never being lower than renewal price, which is trying to break that cycle. It is a big issue and it is not just the regulatory impact but also the consumer view, it is not helping us as an industry and we have got to do something about it."

However, Mr Dye stressed that it is not as straightforward an issue as it might first appear and dual pricing could be a difficult matter for the regulator to deal with. He highlighted that many industries offer a discount for new business and, if insurance were to get the point where it was no longer allowed to offer new business discounts, that would penalise those consumers who annually shop around.

He said: "Right at the other end of the spectrum, there is a whole group of consumers that are benefiting massively from the current market dynamic -- because the new business discount is there, they switch
every year.

"For every elderly customer who has paid more than they should have done, there will be a young working family, taking out cover year after year and getting a stunningly good price. It is going to be a tough thing to regulate because there are consequences at both ends of
the spectrum."

At the conference, BIBA announced the launch of a new guide, produced in partnership with Pool Re, aimed at raising the importance of terrorism insurance, particularly for small and medium-sized enterprises (SMEs).

BIBA has also been working with Pool Re, HM Treasury and Members of Parliament to produce the Counter-Terrorism and Border Security Act 2019, which provides reinsurance cover to insurers to protect businesses that suffer losses as a result of acts of terrorism -- even in the event of there being no actual physical damage to their property.

BIBA's executive director, Graeme Trudgill, said of the report: "There is a need to encourage more businesses to buy terrorism cover; currently fewer than 3% of SMEs take up any cover at all. This guide explains the need for terrorism cover for businesses; what cover is available and how to arrange it; extensions including cyber insurance; resilience; claims; and other policies.

"We hope this guide can help to improve the understanding and take-up of important terrorism insurance protection for UK businesses."

Minister of state for security and economic crime, Rt Hon Ben Wallace MP, stated in his introduction to the report: "As part of our strategy, we are working to better integrate with the private sector to protect our economic infrastructure, improve safety, security and resilience. This new guide on terrorism insurance will further our joint aims of improving resilience within UK businesses and its citizens."

He concludes: "We know that UK insurance brokers, with their close relations to businesses, are well placed to help improve the financial resilience of SMEs in the face of potential attacks."

"It is about your workplace making clear that there won't be a punishment for admitting you have an issue and that it is ongoing,"- Katie Piper.

BBC broadcaster and BIBA 2019 host, Huw Edwards, said that bosses have become very good at talking about doing things to address mental health issues, but when it comes to introducing policies or changing culture in the workplace, "there is a wide spectrum of activities going on."

During a panel session, the rapper, singer and songwriter, Professor Green, said he would like to see companies be legally obliged to provide support for their members of staff who might be suffering from mental illness.

Mr Flintoff said it is important to create a culture in the workplace where people feel comfortable talking about their problems and depression is recognised as an illness that can happen to anyone.

Speaking about depression, Mr Flintoff said: "People think depression is feeling sad but when it comes over, it is strange. It is like the shutters of a shop coming over. I just couldn't connect with the world.

"Leaders have a responsibility to create an environment where people don't just talk about what they did last night but about how they are feeling. To do that, there needs to be an element of trust."

Philanthropist and former model, Katie Piper, also spoke on the panel, describing how she was diagnosed with post-traumatic stress disorder after she was attacked with acid by her ex-boyfriend, causing major damage to the mother-of-two's face and leaving her blind in one eye. In the aftermath of the attack, Ms Piper received therapy to deal with her condition but once she had children and was responsible for someone else, she told the gathered insurance brokers, she was hit by a new kind of anxiety for them. Reflecting on what lessons the insurance profession should take from her experiences, Ms Piper said it is vital that employers understand that mental health work is ongoing. She said: "It isn't like flu where you take medication and soon get better. I have learnt when I see that pattern or trigger, to try to use my coping mechanisms. But
I am not immune to the lows.

"It is about your workplace making clear that there won't be a punishment for admitting you have an issue and that it is ongoing."

Professor Green observed that for employers to stop seeing mental health as an issue to be dealt with is key and therefore bosses need to recognise that individuals, who have a mental health issue and tackle it, are showing resilience.

Professor Tanya Byron, a psychologist, chaired the BIBA debate. She said that when it comes to action, employers need to take language like "admitting mental health issues" out of any literature they have regarding the policies they have for helping staff.

She said businesses should invest in mental health first-aid teams and if they can see a significant number of workers experiencing stress, they should take a look again at working practices.

Professor Byron said: "Put your money where your mouth is. If you want to be inclusive, think about what Professor Green, Freddie Flintoff and Katie Piper are talking about."

Steve White, chief executive of BIBA, used his address to highlight to delegates that "we are living in an era of profound societal and business change", and explained that it is no longer sufficient for the sector to seek the same old skills it has sought for a generation.

He said that because people's lives and businesses are increasingly dominated by technology, there is a need for the sector to be able to draw from a younger, tech-savvy talent pool who can energise and influence incumbents.

Mr White said: "The development and use of artificial intelligence (AI) in the insurance sector has been spoken about for a while now, but there are clear signs that it is going to have an effect in our space, much sooner than we might have previously thought.

"It can support brokers to focus efforts in serving the customer better and offering a smoother insurance experience."

He continued: "An AI-enabled broker will be able to more easily identify leads, needs and product; will have answers at his or her fingertips; will be able to provide better services; and reduce time spent on manual tasks.

"AI is, and will continue to be, a positive change for us, improving services and not just the underlying product. We must be the champions of that change."